We’re going back to the alternate dimension which is Upside Down! With the release of season four of “Stranger Things”, the world is buzzing with excitement for what’s to come. All eyes are on the Stranger Things’ cast, and for good reason — they’ve more than proven themselves as Hollywood’s next big thing.

Similar to the cast of Harry Potter, we as an audience are watching the Stranger Things characters — and with them, their actors — grow up before our eyes. Many viewers are growing up alongside them — and with this, are seeing them navigate the ordinary stages of adolescence every high-schooler struggles through.

While some of the Stranger Things cast are focusing on their acting careers, others have graduated high school and are heading to college or university.

Here, we take a (spoiler free!) look into the Stranger Things cast members who are going or have gone to college, from the Hawkins kids to their more established contemporaries.

Stranger Things cast members who have gone to college

Noah Schnapp: The University of Pennsylvania

Noah Schnapp tugged the hearts of audiences the world over with his portrayal of Will Byers, the boy who went missing at the beginning of the series. Since then, he’s continued to stun viewers by showcasing a tremendous level of depth and nuance as his character struggles with losing out on his childhood and the resulting trauma from the Upside Down — an alternate dimension.

Outside of the series, however, Schnapp is thriving as a young star growing into adulthood. Last year, he announced his acceptance to the University of Pennsylvania on TikTok. The video shows Schnapp with his family huddled around him as he checks his laptop, and jumping with joy at his acceptance.

This video of Noah Schnapp learning he got accepted to college is the purest thing in the world. Congrats Noah!! 👏 pic.twitter.com/uJRZGueizw

The University of Pennsylvania, as an Ivy League, is frequently at the helm of major research projects. It is ranked among the top 15 universities in the world.

Schnapp’s programme of study remains unclear, though many speculate that he is off to Wharton Business School, given the sweatshirt he was pictured wearing in the TikTok. Wharton is famed for being notoriously difficult to get into, having a nine percent acceptance rate.

Caleb McLaughlin rose to fame with his amusing, heartwarming performance as Lucas Sinclair. Off-camera, he’s known as the oldest among the “Stranger Things” kids, and is about to turn 21 this year.

McLaughlin was homeschooled even before he was cast in the series. “I remember when I was in the fifth grade — I was like, ‘I want out of this. I want to do home-schooling’,” he recalled to People Magazine in 2019. “‘I want to learn on my own leisure.’”

While it remains unclear which institution, McLaughlin has confirmed that he is enrolled in college. “I just finished high school, I graduated,” he said in 2019. “So I’m done, but I’m going to college this fall. Just take some courses, online courses. Going to do the home-schooling thing again.” 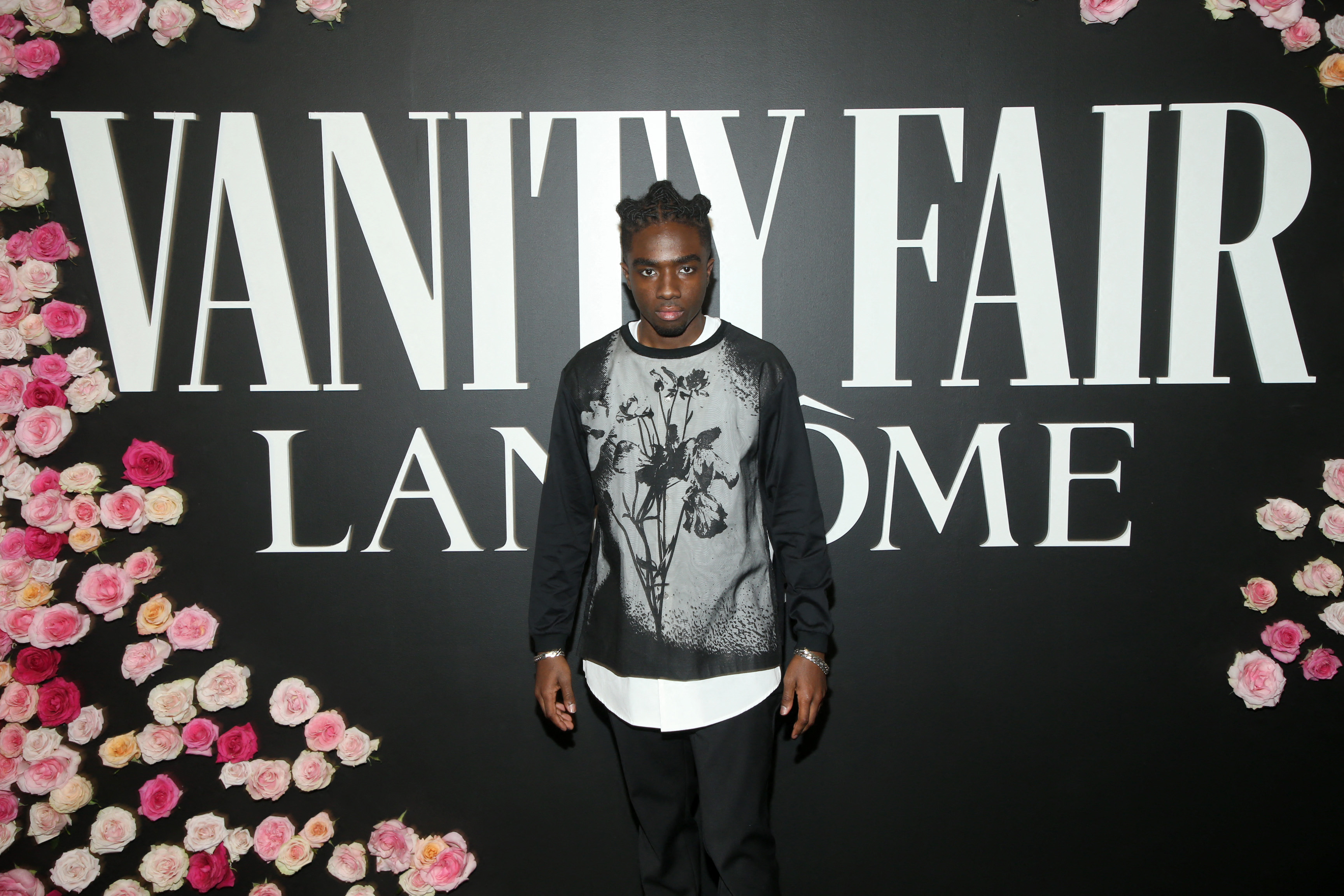 Dacre Montgomery is often recognised as Billy Hargrove, the mean, often cruel older brother of Season 2 newcomer Max Mayfield. Among the older set of “teen” cast members, Montgomery was already 23 when his character first appeared on the show.

This means Montgomery had already completed his educational pursuits by the time he joined the series. He graduated from Edith Cowan University in Perth, Australia, where he’s originally from. According to Seventeen Magazine, he earned a degree in acting.

Since then, Montgomery went on to pursue a variety of acting projects. His biggest role prior to the series was a short stint in “Power Rangers”.

Another rising star, Joe Keery turned heads playing Steve Harrington, the jock-turned-babysitter friend in “Stranger Things”. His character was particularly praised for subverting the traditional 80s high school bully trope, having “one of the most interesting and rewarding” arcs of the series to date.

Off-screen, Keery went down a relatively conventional theatre-major route. He was a student of both the River Valley Charter School and Newburyport High School, where he pursued the performing arts at every opportunity. Later, he attended DePaul University, graduating in 2014 with a Bachelor of Fine Arts in Acting.

Outside of the series, Keery was part of the star-studded cast of “Free Guy”, which became a major blockbuster hit in 2021. 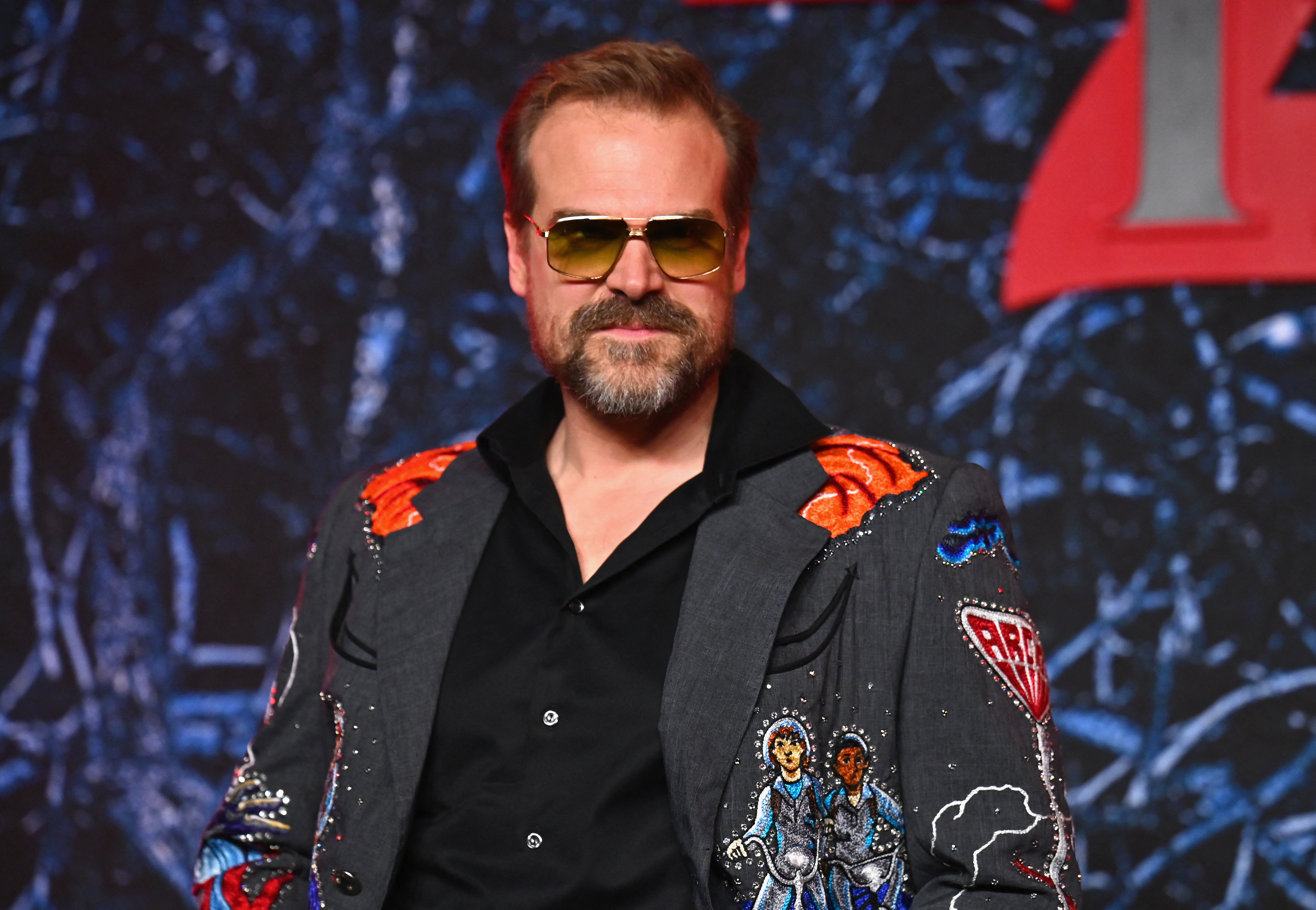 Outside of his acting credentials, David Harbour is an Ivy League graduate. Source: Angela Weiss/AFP

Another Ivy League graduate, David Harbour caught the hearts of audiences everywhere with his portrayal of police chief Jim Hopper in “Stranger Things”, the gruff but caring stranger-turned-father figure of the series.

Harbour was active in Hollywood long before the first season of the series. He booked frequent but small roles in major films such as “Brokeback Mountain”, “Quantum of Solace”, and “Black Mass” before “Stranger Things” catapulted him to stardom. He has now broken into the Marvel Cinematic Universe as the Red Guardian in “Black Widow”.

The actor’s academic history is just as awe-inspiring. Harbour is a graduate of Dartmouth College, a private Ivy League college in New Hampshire. Ranked #13 in the US News and World Report’s National Universities list, Dartmouth is similarly infamous for its notoriously low acceptance rate of nine percent, making Harbour’s feat all the more impressive.