For centuries, Italy has paved the way forward for the world. It’s the home of the Renaissance movement; the birthplace of some of the world’s greatest artists; and has a rich history that continues to fascinate our society, even centuries later.

This was certainly the case for Pakistani student Ayesha A. Malik. As a child, she had always enjoyed reading books about Italy, exploring the country’s unique culture and charm through the lens of fiction. With this, it was only natural that she pursued her studies in a country that has captivated her for years.

She chose the University of Bologna (Unibo). With 32 departments, 243 degree programmes, and 48 PhD routes among others, Unibo has firmly planted itself as one of the largest and most prestigious universities in the world. It’s ranked among the top 200 universities in the world by Times Higher Education, and, according to the QS World University Rankings, 22 of its taught subjects are in the world’s top 100, with four of these sitting in the top 50. This includes Classic and Ancient History, Dentistry, Modern Languages, and Agriculture and Forestry. Unibo also ranks well in terms of macro-fields, such as Engineering & Technology, which is placed 115th worldwide and possibly intrigued Malik, who chose to study a Master in Electronic Engineering with a specialisation in electronics for intelligent systems, big data and internet of things. “The course structure is vast, well defined and the quality of education is exceptional,” she shares. “The knowledge I gained in the last year and a half of my stay at Unibo has prepared me to work on practical projects.” 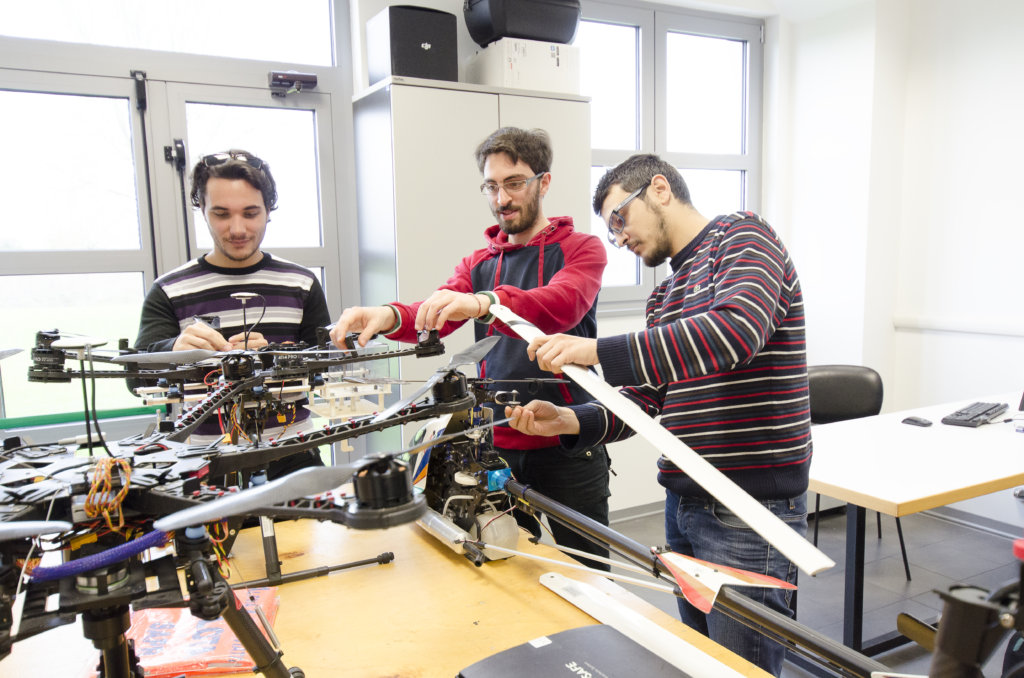 Unibo is well-established within the academic realm, ranking within the top universities in the world. Source: University of Bologna

Perhaps one of the biggest draws for most students, though, is that the institution was established in 1088 — making it the oldest university in the Western world. “I find it really fascinating to have the chance to attend and study in an institution that carries more than nine centuries of knowledge, an institution that is working on making our planet a better world and a better place to be,” enthuses Lebanese student Omran Al Bardan, who is currently studying to protect the earth’s natural wonders through Environmental Engineering.

Indeed, its multi-campus structure has further solidified its presence throughout the region, where the University of Bologna has made significant research contributions and improved the lives of its surrounding communities. With this, Unibo brings a breadth of expertise that most universities lack thanks to its long history in the world of academia.

David Garyan had always wanted to study in Europe, and once he discovered Unibo, he knew it was the right choice for him. Making up his mind, he packed his bags and set off from Los Angeles to Italy — but given his limited exposure to the country, his first few days were fraught with challenges. “I had never been to Italy prior to arriving — not even for a short visit,” he says. “I was going on what you might call a blind date, except the date wasn’t with a person, but with a whole country.”

With time and patience, however, the University of Bologna slowly became a home away from home. “Making friends was easy because everyone spoke English and the programme was much more international than I expected it to be,” he shares. This is in part due to the university’s global outlook; it’s home to 7,062 international students from far and wide. “At the same time, there were also plenty of Italians who were happy to help with the language and cultural immersion in general.” 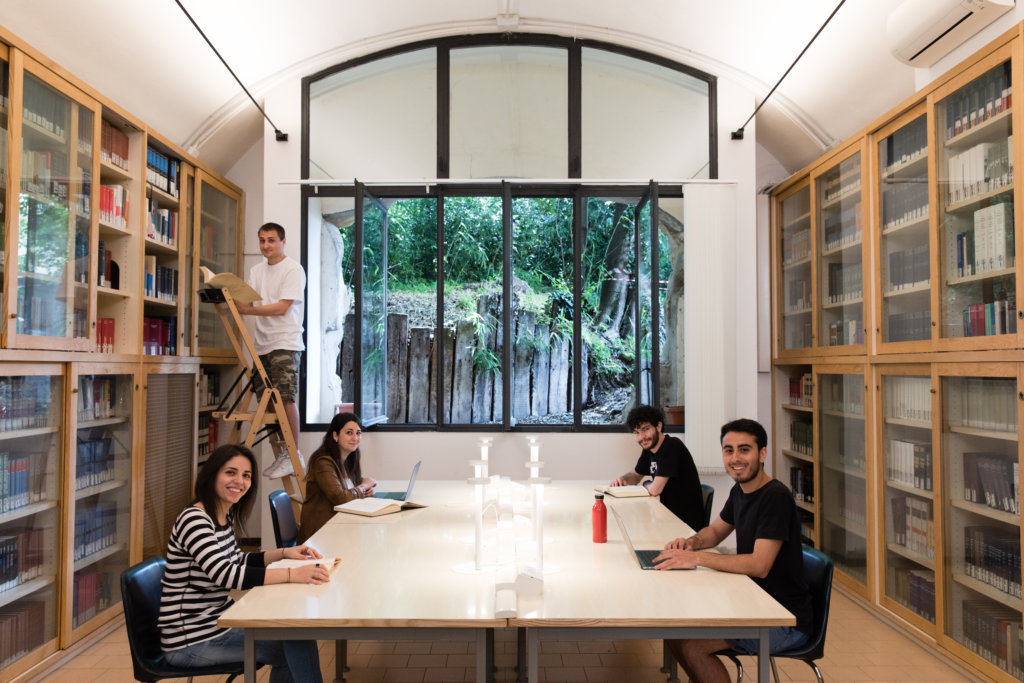 Unibo has a large variety of programmes to choose from, reflecting a breadth of knowledge gained over centuries. Source: University of Bologna

Garyan opted for the Master in International Cooperation on Human Rights and Intercultural Heritage. He describes it as an eye-opening experience, and recalls his study of Archaeology of Pre-Islamic Iran as a unique and memorable course. “Before this, archaeology had always been a subject completely foreign to me,” he says. “Although I knew some things about the history of Iran, the actual way in which that was discovered and is being rediscovered wasn’t something I had studied. This course not only introduced me to the complexities of archaeological research and the nature of excavations — it also improved my sparse understanding of Iranian history.”

Garyan’s experiences were transformational in other ways too. Prior to his stay in Italy, he’d written and published pages of original poetry, but had lost his passion for it somewhere along the way. “At the end of it all, I was rather spent, and I really had no idea what I would do next,” he reveals. “Moving to Ravenna and living in the city of Byron, Hesse, Wilde, and, of course, Dante, provided new inspiration.”

He drew from the beautiful surroundings on offer at its Ravenna campus, immersing himself in the culture, art, history, and picturesque environment. This culminated in a three-part book-length poem — Garyan’s own love letter to the city. 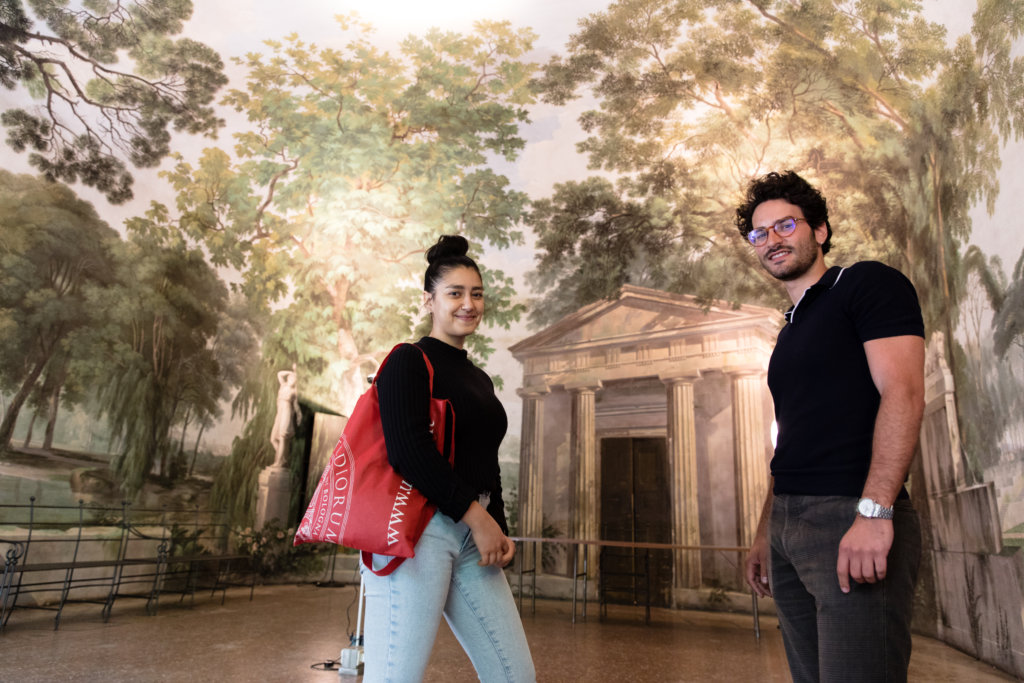 Unibo is the oldest Western university to exist, first established in 1088. Source: University of Bologna

Many other students are similarly inspired — even if this doesn’t manifest in stirring works of art. Rather, the simple act of wandering through their campuses is enough to stir the senses. “For me, the Italian streets are like a museum, and you can never get bored,” says Malik.

Living in Italy means there are ample chances to explore the country’s hidden depths, as well. “During my first year, I had a very memorable experience visiting a friend’s house in Ribera in the region of Sicily, as well as the Agrigento province,” Al Bardan recalls. “The beaches were very similar to my home city, as we both are on the Mediterranean city, and I tried a lot of the local food. It was one of the best vacations of my life.”

“Bologna has a beautiful and amazing countryside,” agrees Iranian student Sorayya Karimi Sisi. “One day my friends and I visited the Reno river. We spent the day there and cooked by the river. Having a few cups of tea in front of the sunset had made an amazing time for me and my friends. We had a fantastic time.”

Sisi hasn’t regretted her decision for a second. Malik, Bardan, and Garyan feel the same way about their university experiences. “I don’t think I could be the person I am today without [it],” Garyan says.