If you’ve seen the new season of “Stranger Things”, you’re probably aware of its unique brand of subtitling. Twitter was alight with comments documenting the strange and other-wordly closed captions, from “wet squelching noises” to “tentacles undulating moistly”, pointing out how they added to the disturbing nature of most scenes.

No One:
Stranger Things Subtitles💙: pic.twitter.com/HlNaFWKKWf

In fact, it’s become such a popular topic of conversation that the Netflix subtitling team themselves have addressed it.

“It’s hilarious the response that those types of words have received,” shared one of the masterminds behind “Stranger Things” subtitles, Karli Webster. “You see people who have this weird, uncomfortable feeling towards the word ‘moistly’, but that’s the feeling that we want people to feel in that moment. It is an uncomfortable sound.”

The reception these “Stranger Things” subtitles have received shows that the world of closed captioning is beginning to change for the better. While Webster and her Netflix subtitling partner Jeff T. were aiming to tackle a larger issue — making closed captions more accessible for the deaf and hard of hearing — it points to a more creative shift in subtitling as a career.

This certainly opens doors for English and linguistic students and graduates to explore and experiment with a career as a subtitler. If this sounds like something you’re interested in pursuing professionally or part-time, read on to find out what subtitling entails, how it can help add elements of creativity into your professional career, and how to get your foot in the door. 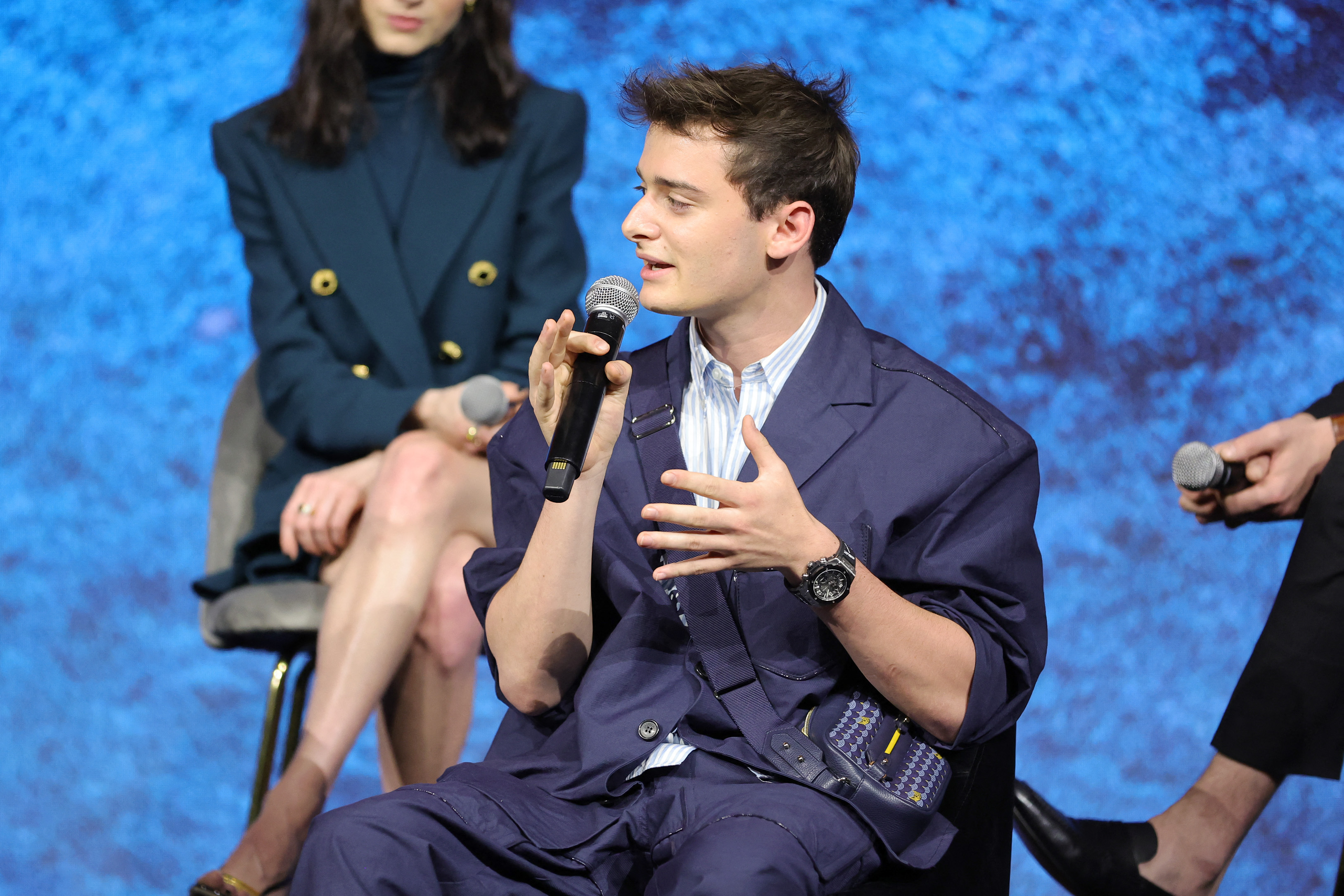 The Netflix subtitling team was praised for enhancing the on-screen performances of “Stranger Things” and creating a more immersive viewing experience for the deaf and hard of hearing. Source: Emma McIntyre/AFP

A look into the minds behind the “Stranger Things” subtitles

With the number of memes that have emerged from the “Stranger Things” subtitles, it’s easy to forget the amount of time both Webster and Jeff spent on this project. However, there are many factors that influenced the choices made by the Netflix subtitling team.

“Obviously we’re trying to encompass the genre, the feel of the moment,” Webster explains. “But when we’re saying something that’s specific to the deaf and hard of hearing audience, it’s never just for one part of that audience, because they don’t split subtitles just for people who [have been] deaf since birth. There are people who’ve lost their hearing as their life has progressed or people with partial hearing loss. These subtitles have to be there for all of those levels of hearing loss.”

Of the two, Webster is an English SDH (subtitles for the deaf and hard of hearing) QCer (quality checker), and describes trying to “strike a balance between descriptors that will describe something well for someone who’s never heard or that will recall an emotion or a feeling for the hard of hearing audience that they did feel perhaps when they were able to hear music, as well as other sound effects.”

Meanwhile, Jeff is an author — something that’s apparent in his subtitling choices. “This was actually the perfect project for me, because I’m a huge sci-fi fantasy nerd,” he told Netflix. “I’ve been playing D&D for about 20 years now. I put a ton of ‘Dungeons & Dragons’ Easter eggs into the subtitles.”

Fans of “Stranger Things” will know that the role-playing game plays a huge role in the series, particularly because its main characters frequently reference it. Jeff wanted to pay homage to this. For example, “eldritch thrumming” was influenced by the signature eldritch blast used by warlocks in the game.

Any English student will be familiar with the concept of coming up with descriptors that are both accurate and eye-catching. The nature of studying literature is to consider the varying use of language — why authors make the choices they do, and how that influences the reception of their work. Subtitling — a profession that seemed fairly straightforward up until this point — follows the same trajectory.

Whoever writes the Stranger Things subtitles is definitely a frustrated poet. pic.twitter.com/MlWMC1Y6FX

What’s the process behind Netflix subtitling?

How, then, does a role in Netflix subtitling — or as a subtitler for any other streaming show — work? Unsurprisingly, it’s mostly conducted independently.

“One thing that I started doing lately is I watch ASMR streams on YouTube, and I look at the words they use,” said Jeff on how he gets his ideas. “And I go, ‘What are these words that elicit this visceral response?’ And ‘squelch’ is just — you can feel it when you hear that, right? You can feel mud oozing between your fingers or between your toes. And I really wanted that palpable sense.”

Webster, as a QCer, would work alongside Jeff in making sure the “Stranger Things” subtitles turned out perfectly. “I work on the file as I go along, and then I would watch it again just to do any fixing up,” she said. “Especially because we work on various cuts, and for this show and all the shows that we do, we need the final audio to be what our subtitles are based on. Because we don’t make our final decision until we’re working on the final cut.”

As with any writing job, subtitling requires a level of discipline and time management, especially in working towards a specific deadline or release date. Outside of this, however, Jeff and Webster were given complete liberty with how they wanted to execute their role.

“We have complete free rein, as far as I’m aware,” shared Webster. “I don’t think that there was anything that we were told that we couldn’t add. As far as production being involved in telling us how far we can take it, that didn’t happen.” 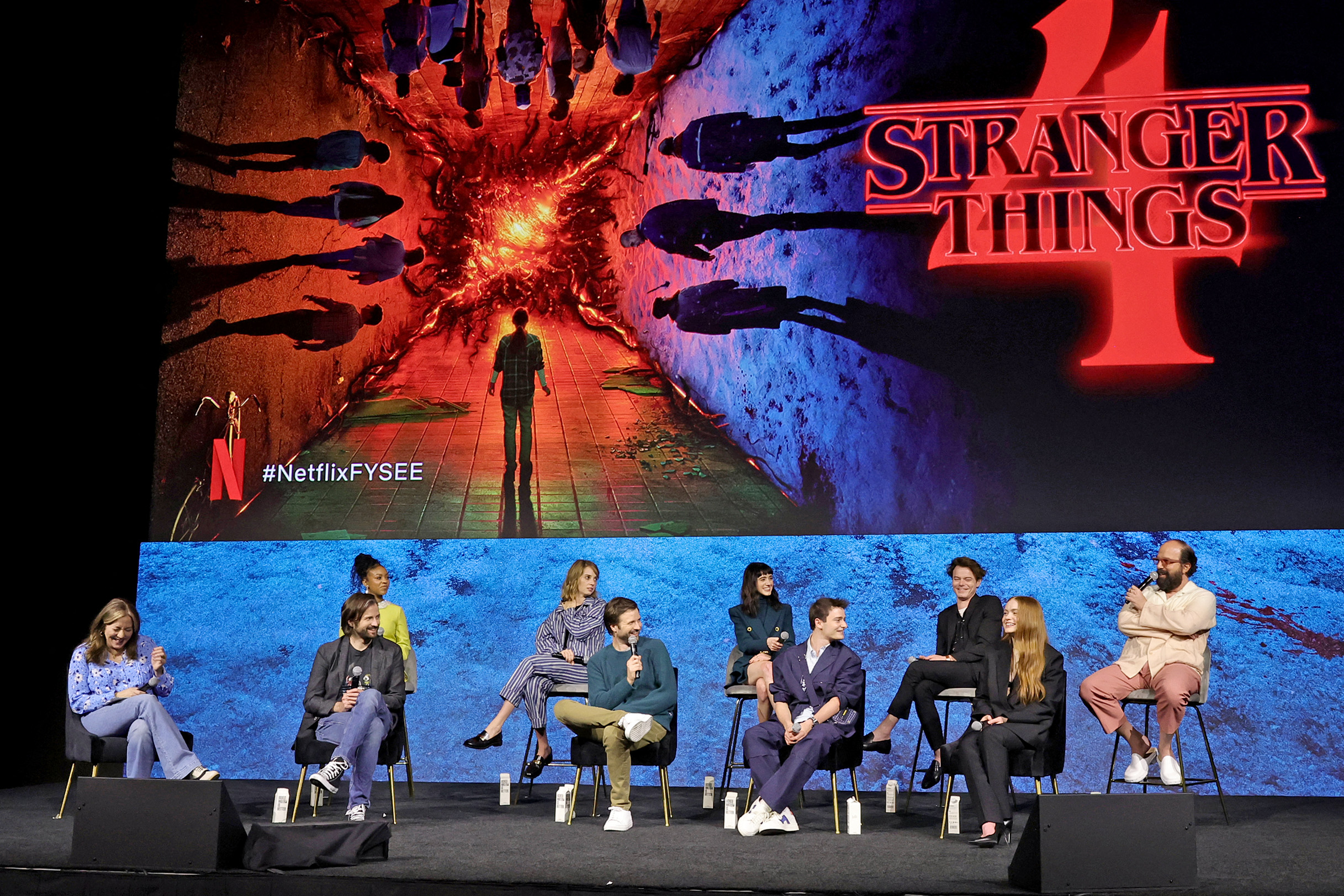 Taking up a career in subtitling could help you expand your creative chops in a professional career. Source: Emma McIntyre/AFP

How can students get a job as a subtitler?

The market for creative-oriented careers is both limited and extremely competitive. This is especially true for creative writers who aim to be novelists, scriptwriters, poets or anything similar. You’re probably bracing yourself for a future of trial and error, or perhaps looking into careers that could give you more stability whilst you try to write out the next best-selling novel.

Taking on subtitling can be a great way for you to try your hand at both without compromising your creative freedom. The great news is that if you’re an English or linguistics student or graduate, or have published pieces of your writing online, you’re already one step ahead of the curve. On top of cultural awareness, subtitling teams often look for these specific qualities in a person when hiring.

If you’re an international student, you probably speak more than one language — which already gives you a distinct advantage. Lots of Netflix subtitling roles are looking for bilingual translators, given the reach the streaming giant has on the wider global audience.

How can you get your foot in the door? The best way to start is by searching for roles online. LinkedIn Jobs, for example, advertises open freelance subtitling roles — just search for “subtitling” in the region or country you’re situated in. Many of these roles are remote, so you will need to be familiar with the student visa requirements of the country where you are currently studying abroad and whether you are allowed to engage in this type of work.

From there, you can start building your repertoire as an established writer and work towards expanding your connections. Most importantly, you’ll be contributing to a good cause by enhancing the experiences of deaf or hard of hearing viewers — making it a gratifying profession, even if you plan to pursue it temporarily.

“My best friend is hard of hearing in one ear, and he came up to me and he was like, ‘This is one of the first times, if [not] the only time, I’ve just felt fully immersed in a show without having to turn the volume all the way up’,” shared Jeff. “And I was like, ‘I don’t know how to tell you anything, because I’m crying right now.’”