Let’s face it — dating can already feel like you’re walking on a minefield while blindfolded. But being an international student in China ealing with language barriers, falling in love with someone from a culture that practises completely different dating customs, all while trying to make the most out of uni life? That borders on Herculean.

If you would like to know how to navigate the arduous dating scene in China as a foreigner, it’s time to throw away all those gossip magazines and erase all that you have learnt about dating growing up in your own home country. It’s time to play by new rules, and we’re here to help. 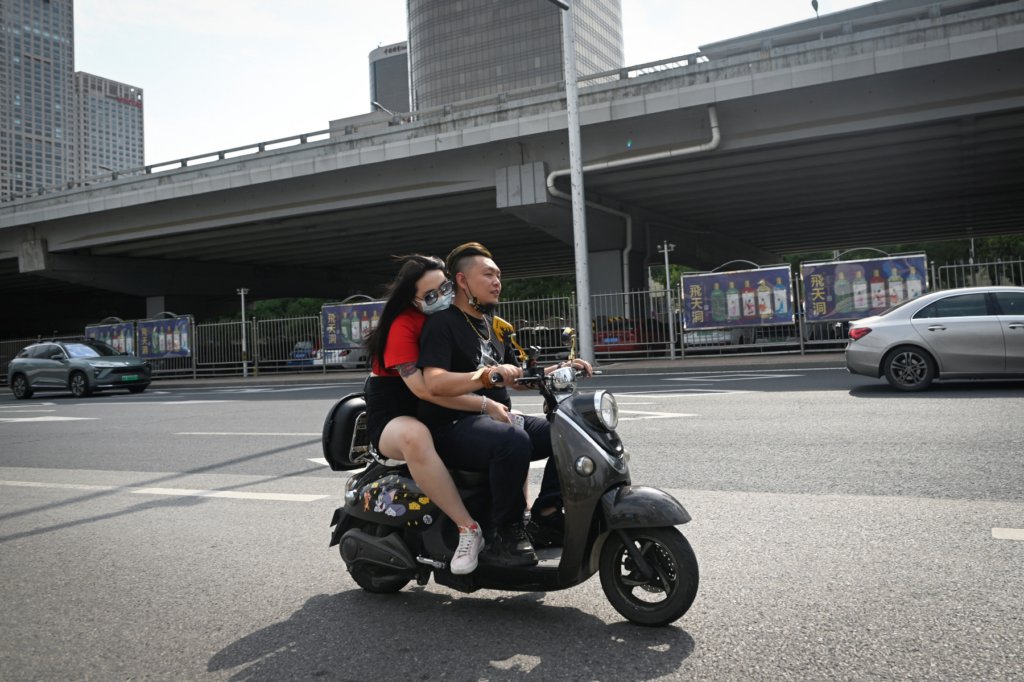 The dating culture in China has always been and remains tough for international students and expats alike. Source: Wang Zhao/AFP

Dating culture in China in a nutshell

While Chinese society has a unique way of doing things like expressing and communicating their love and affection, this is not to say that it is the same across the board. Keep in mind the sheer size of the country — it is impossible for over 1.4 billion people to all act the same! A woman from Beijing for example, will look and act very much unlike a woman from Lanzhou due to different family and financial backgrounds and the type of education they have received growing up.

Though it’s far from a one-size-fits-all situation, Chinese people who live on the east coast are generally wealthier and more educated than the ones living inland, which means that they are more attuned to travelling and speaking to people from other countries. While this may not sound like much to you, it makes a huge difference in how you deal with the dating culture in China — you might find it easier to find common ground with someone who speaks English, have watched foreign TV shows, or have tried the food that you eat back home.

Despite all that, the best thing you could do is to brush up on your language skills. If you’ve found yourself enamoured by a local, chances are they are more inclined to date you if there are less barriers — language included. Stats prove this: Chinese apps generally reign supreme among dating app users, proving how small the dating pool can be for those who only speak English. 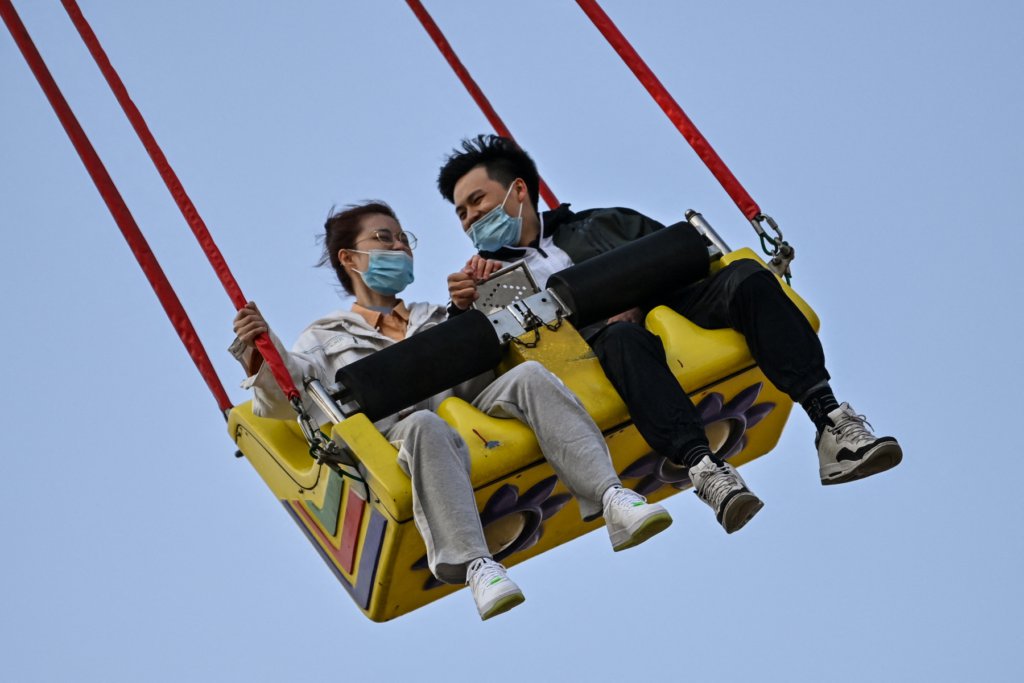 To avoid going into detail on any touchy topics, it’s best to opt for a date at an amusement park where less talking is involved. Source: Hector Retamal/AFP

Do’s and don’ts of dating in China

Do: Be polite and compliment their appearance when out on a date.

Don’t: Skimp on the flattery, as praising appearances is very common in China, and people take how they look very seriously.

Do: Make the decision if you’re the man and you’re taking a Chinese woman out. Not to generalise, but Chinese women do prefer men who know what they’re doing, and making decisions equals making an effort.

Don’t: Let them take the wheel. It’s a major turn off when you’ve already asked them to come out of their shell for a date with you only for you to take the back seat.

Do: Start a conversation and be open to steering it away from small talk.

Don’t: Expose too much or expect them to speak about their income, living conditions, expenses, exes, or other heavy topics.

Do: Introduce them to the family if you’re serious about marriage.

Don’t: Do the above if you’re only thinking, or not even close to thinking about marriage. In Chinese culture, bringing your partner to meet your family means both of you are ready to escalate to the next level.

Do: Say only what you mean, even if it’s professions of love.

Don’t: Regardless of how long you’ve dated, there are no trivial things when it comes to dating culture in China. When a lover says “I love you” or “I miss you”, their words will be taken to heart. Never treat such statements as jokes. 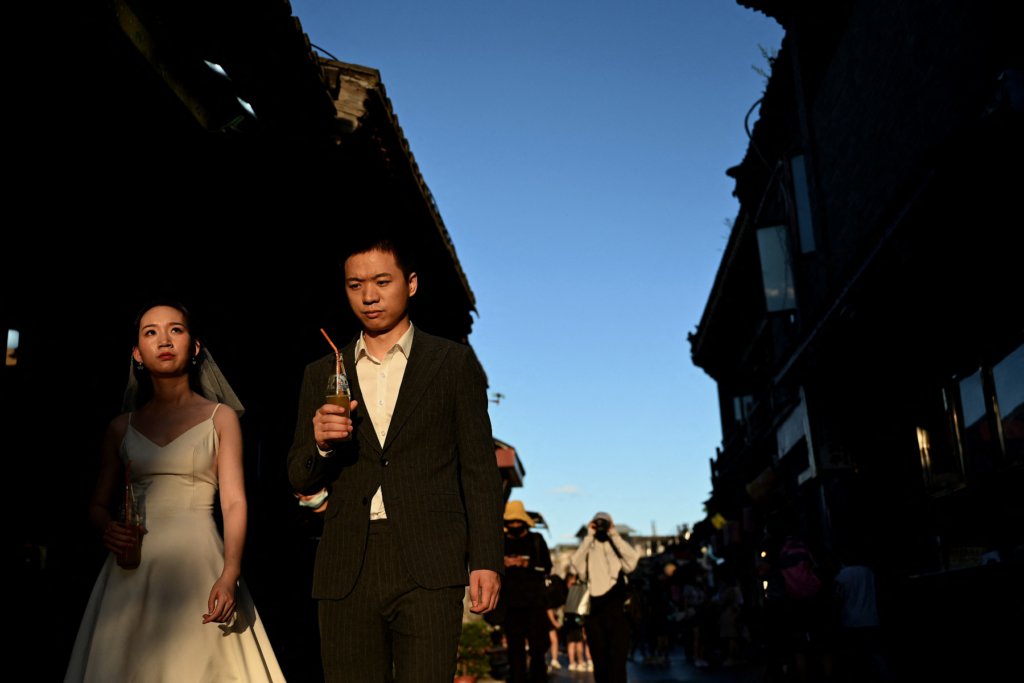 A couple walk along an alley near Houhai Lake in Beijing. Source: Noel Celis/AFP

Where do you start?

The 21st century dating scene dictates that dating apps are the new norm, and China is not immune to the rule. Though it is entirely possible to meet organically, you are more likely to meet locals when you step out of your international student community and expat circles. The only way to do this? Signing up for dating apps.

Not all dating apps are made equal. If you prefer locals that speak English, you’re better off using English-language apps like Tinder and Bumble. However, these apps will not function without a VPN in China even though it is popular among the diverse dating landscape.

A part of the LGBTQIA+ community? Consider using Jimu. According to Fuzhou native “Barbara”, Chinese lesbians are shy on dating apps and are less interested in hooking up, so they use code words to signal their sexual orientation.

There are other apps that are just as unique — Soul offers users a match by sound interface, where if you like a person’s voice, you can start chatting them up. Hood, on the other hand, matches you and other people by dressing style.