Every year, thousands of students study in the UK to actualise their dreams. The country is known for housing the world’s top universities and the best student cities. While the majority of non-EU students in the UK come from China, India is a close second — a total of 84,555 students made their way over to the UK to enrol in higher education institutions in the years 2020-21. Every Indian student arrives in the UK for their own reasons and social worker Saradha Krishnamoorthy is no different.

During the summer of 2016, the 29-year-old made a tough decision to quit her corporate job to volunteer in NGOs. Her desire to give back to society brought her from her hometown of Chennai to the most remote regions in India, where she witnessed firsthand how poverty was widespread — even in a country considered the world’s fifth largest economy. 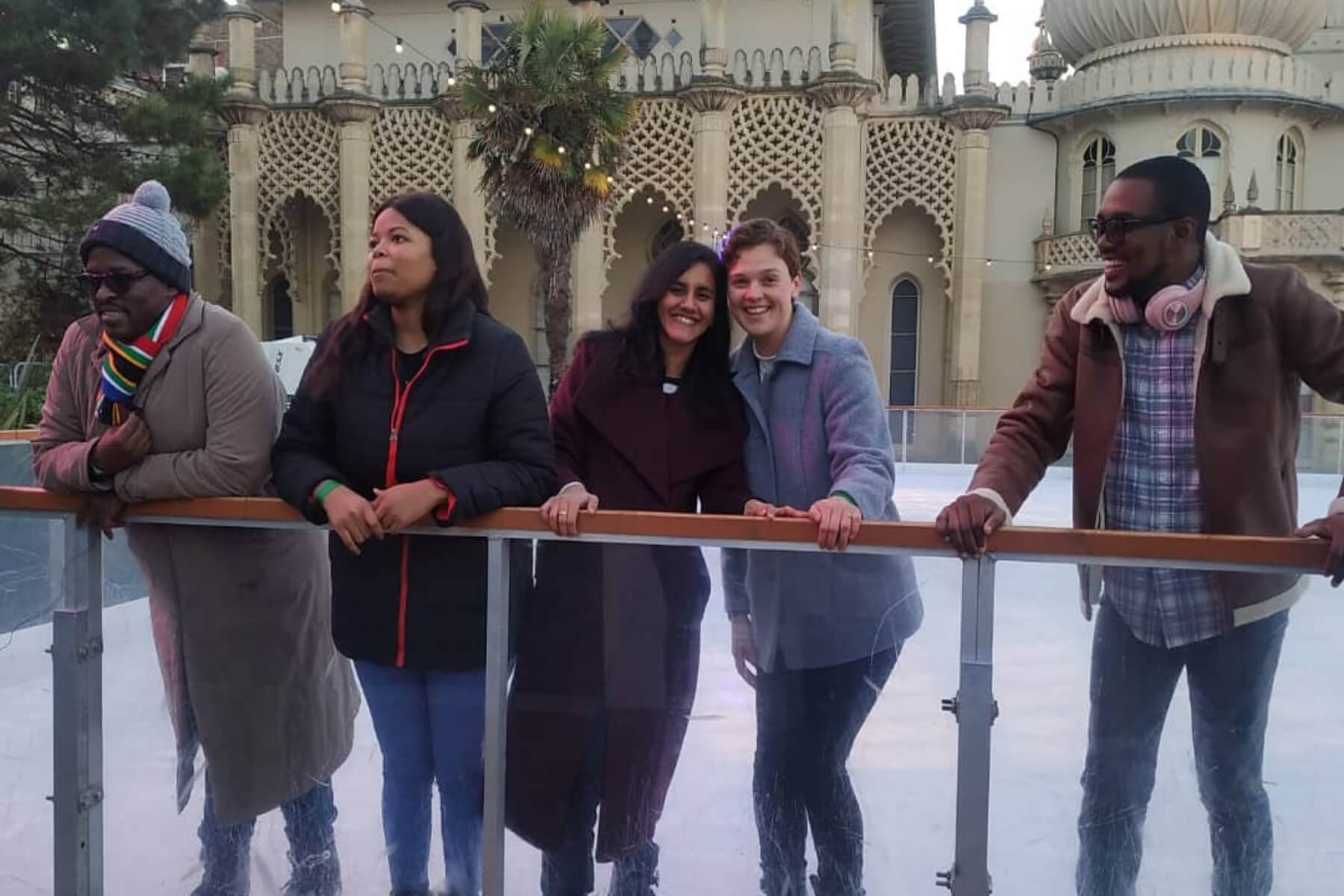 It wasn’t enough to be a social worker, Krishnamoorthy wanted to research and learn more about policymaking so she can help reduce poverty in India. Source: Saradha Krishnamoorthy

Taking the next big step towards making a larger-scale impact

After setting up a website and dabbling in content creation for a month in the Chirang district for a grass-roots level organisation called “The Action North-East Trust”, the winds took Krishnamoorthy to more secluded places like Sikkim and Ladakh.

“It was during these travels that I got to understand the realities of rural India. Crossing villages using boats, walking on bridges made out of tree trunks, continuous fall of prices pushing farmers to vicious cycles of debts and the large-scale migration of rural youth to urban areas in search of menial jobs made me question the very edifice of the social structure of which I am a part of,” she shares.

Realising that action is more effective than criticism, she began taking social work seriously. Her educational background in information technology, while useful in many ways, was not going to solve the issues she wanted to address. Krishnamoorthy decided that it was best to first be educated on the very topic she wants to tackle and enrolled in a MSc Sustainable Development programme at the University of Sussex. 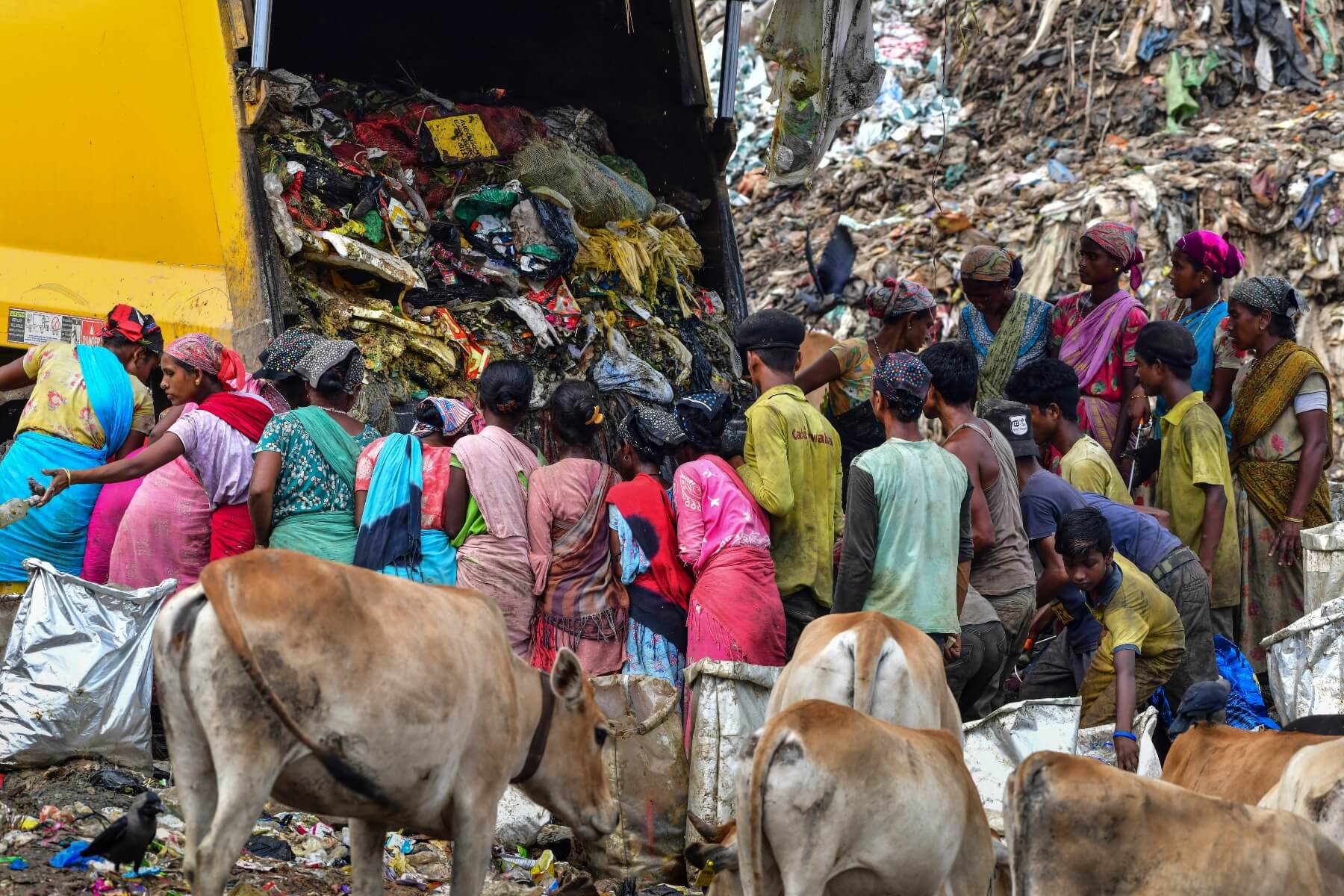 The widespread poverty many Indian natives face was what spurred Krishnamoorthy to become a full-time social worker. Source: Biju Boro/AFP

Speaking to Study International, the social worker argues that technology innovation mainly “talks to” anyone not of the lower or working class. The technologies often heard about or reported on usually speak of space travel or “asking Alexa to play music” — matters which do not improve the lives of many, something that concerns Krishnamoorthy greatly.

Despite six years of social work experience under her belt, Krishnamoorthy was not convinced that this would help her accomplish her goals. Her interest in formulating large-scale sustainable solutions that are in tandem with environmental health and innovation to solve socio-ecological problems was what brought her to the University of Sussex.

“I wanted to research both science and technology innovation policies and their impacts on sustainability. This was when I came across the Science Policy Research Unit (SPRU) of the University of Sussex Business School, which has done pioneering work in this field,” she says.

One of the modules in the course called “Transformative Innovation Policy for Inclusion” taught her how to empower the marginalised to become innovators themselves. There were also modules on topics that were tough to navigate: one spoke at length about how market economics is crucial for reducing poverty while another discussed how markets, historically, were skewed to favour the rich — making it a policy challenge for sustainable development.

“I was curious about how to make an impact on a larger scale and this is where my interest in policy making and analysis stemmed from,” she explains. There was an imminent need for her to gain knowledge as a social worker and to also start contributing in the form of academic research. “I wanted to gain a deeper understanding of various social and economic dynamics of environmental crisis and sustainability and I am happy that my course had set me in the right direction,” she explains. 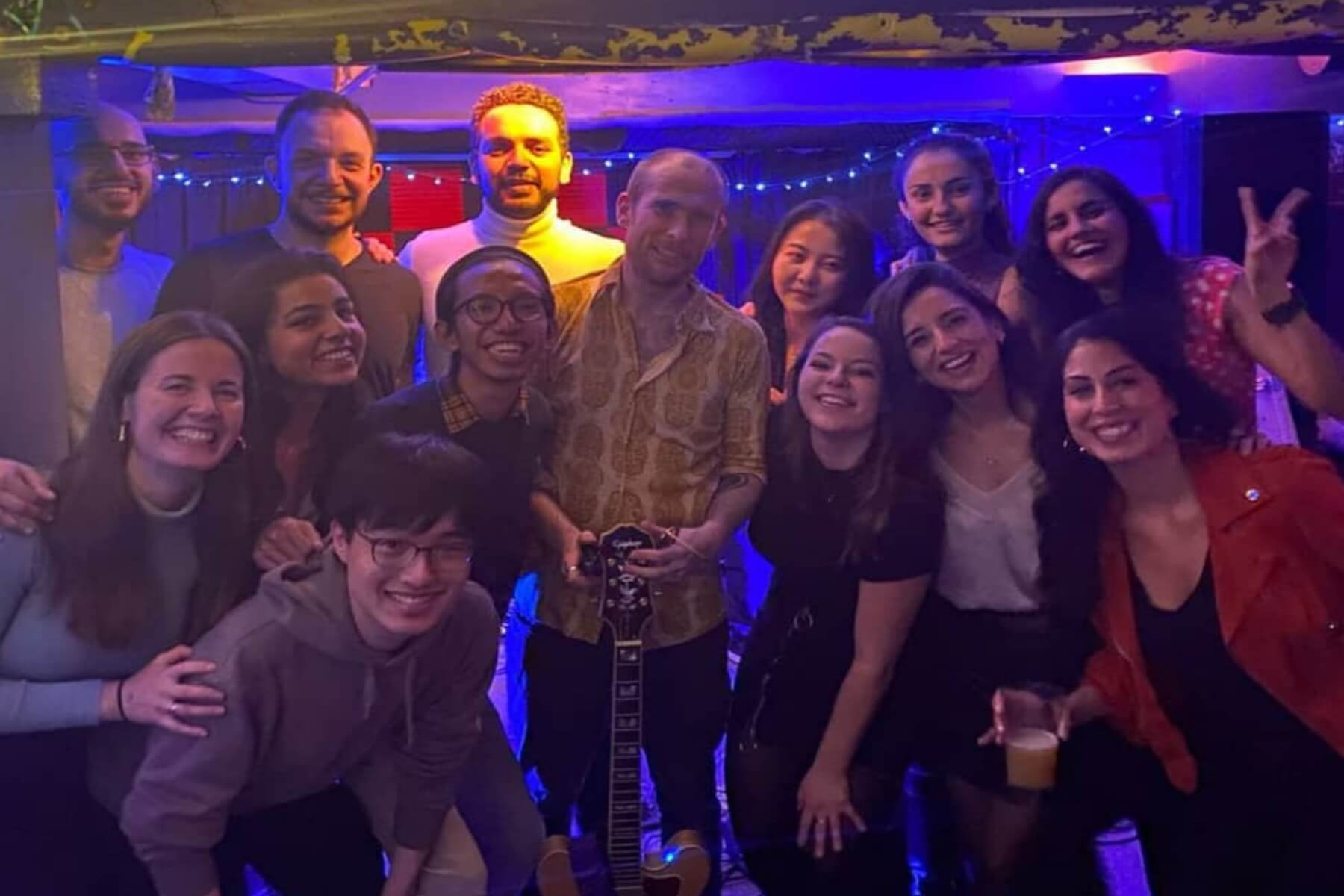 Krishnamoorthy shares that what kept her going in a country so far from home was the friends she made at the University of Sussex. Source: Saradha Krishnamoorthy

Digging deep to overcome her obstacles

Applying for a university abroad is a privilege many cannot afford thanks to expensive application fees. Though the application process for the University of Sussex was smooth, Krishnamoorthy’s financial situation made it tough for her to get in without a scholarship. As she waited patiently for her scholarship offers, COVID-19 and a health crisis struck her family hard. It was a tough place to be in mentally and emotionally, but the good news came when she found out that she was to be awarded the Margaret Sharp Master’s Scholarship.

It was also her first time being so far away from home. The anxiety kicked in when she sat down and thought about all the obstacles she had ahead of her, from homesickness to adjusting to a new culture and having no friends of her own. She was pleasantly surprised to see how diverse her classes were: “All of us were facing similar anxieties and we became each other’s shoulder to lean on. I was actively involved in as many societies as possible, in order to come out of my comfort zone and convince myself that people are actually nice,” explains Krishnamoorthy.

Her advice to would-be international students in the UK: make an effort to socialise. “I recommend having an open mind so that you can accept different ways of living without constantly comparing it with life back home. It’s okay to be afraid and give yourself some time to adjust,” she says. “It will only make your experience richer when you speak to people from diverse backgrounds.”