Sabrina Idukpaye is nothing if not ambitious. A graduate of the prestigious McGill University, Montreal, Idukpaye is readying herself for a political career in her home country, Nigeria. In fact, she’s currently an LSE master’s student, a choice she’s taken to prepare herself for the upcoming 2023 Nigerian Presidential Elections, said the presidential hopeful.

“It makes sense to me, because for you to create change, at least politically, you have to get into the system,” she tells Study International. “You don’t just wake up and think you’re gonna become the president, at least not in Nigeria. Or you don’t just wake up and become a minister. You start from the grassroots level, or at least at a small capacity and then build yourself up.”

An LSE master’s student with a huge dream

Her presidential dream was inspired by the challenges she faced in securing nationality from the country she was born in. Growing up, Idukpaye saw how difficult things could be for immigrants, particularly Nigerians. Her family had relocated from Nigeria to Italy — Idukpaye herself was born in the country. Despite this, she and her family have struggled to gain the same rights and freedoms afforded to Italian nationals — an issue she highlighted in a TEDxLSE talk on “Why we are not Italian”. 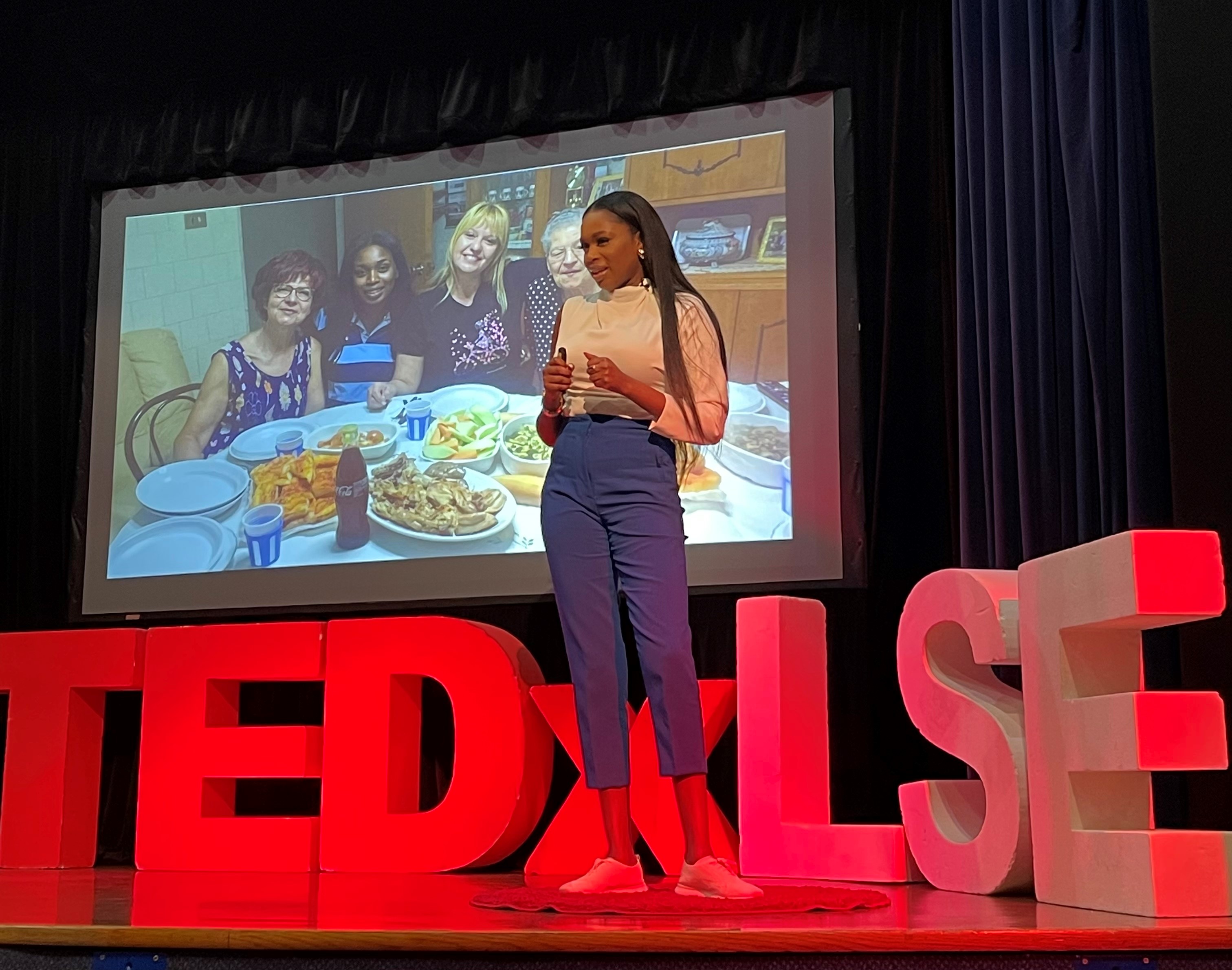 Idukpaye realised that her dream of becoming a lawyer wasn’t the only way she could enact change. Source: Sabrina Idukpaye

Eventually, she completed her schooling in Canada and gained citizenship, but her experience in Italy remains with her to this day.

This manifested in a desire to become a lawyer. “I was studying for the LSAT because I really thought I was going to law school,” she explains. “My dream law school was Harvard. So during the first half of the pandemic I was preparing my personal and diversity letters. Unfortunately, I didn’t do so well on the LSAT, so I didn’t get in.”

It certainly acted as a setback to her plan. “When I was younger, I assumed that I needed to be a lawyer,” she explains. “I didn’t realise that I could be an activist or I could work with an NGO.”

Not one to be deterred, Idukpaye mulled about her future and realised that a legal route wasn’t the only way to reach her goals. “I said to myself: you don’t have to be a lawyer to affect change,” she recalls. “So I thought about it: what else can I do to prepare myself for these goals? And I realised that I just had a wonderful career in communications.”

She was referring to her previous experience as an award-winning model. At just 14, she was discovered by a Canadian modelling agency and has gone on to grace the covers of many famed magazines, including Vogue Italia, and walked for various Mercedes Benz Fashion Week events internationally. She even took three semesters off from her undergraduate studies to pursue her modelling career.

Despite being passionate about modelling, Idukpaye kept her modelling and academic life separate. As a model, she was known by the alias Sabrina Bella and only used her real name for academic and professional purposes. “I was like, ‘I am not gonna put my real name’,” she laughs. “‘I’m going to be president one day. This is a digital footprint.’”

Because of her work, she has a fairly large following on social media, which she tapped into during the pandemic. 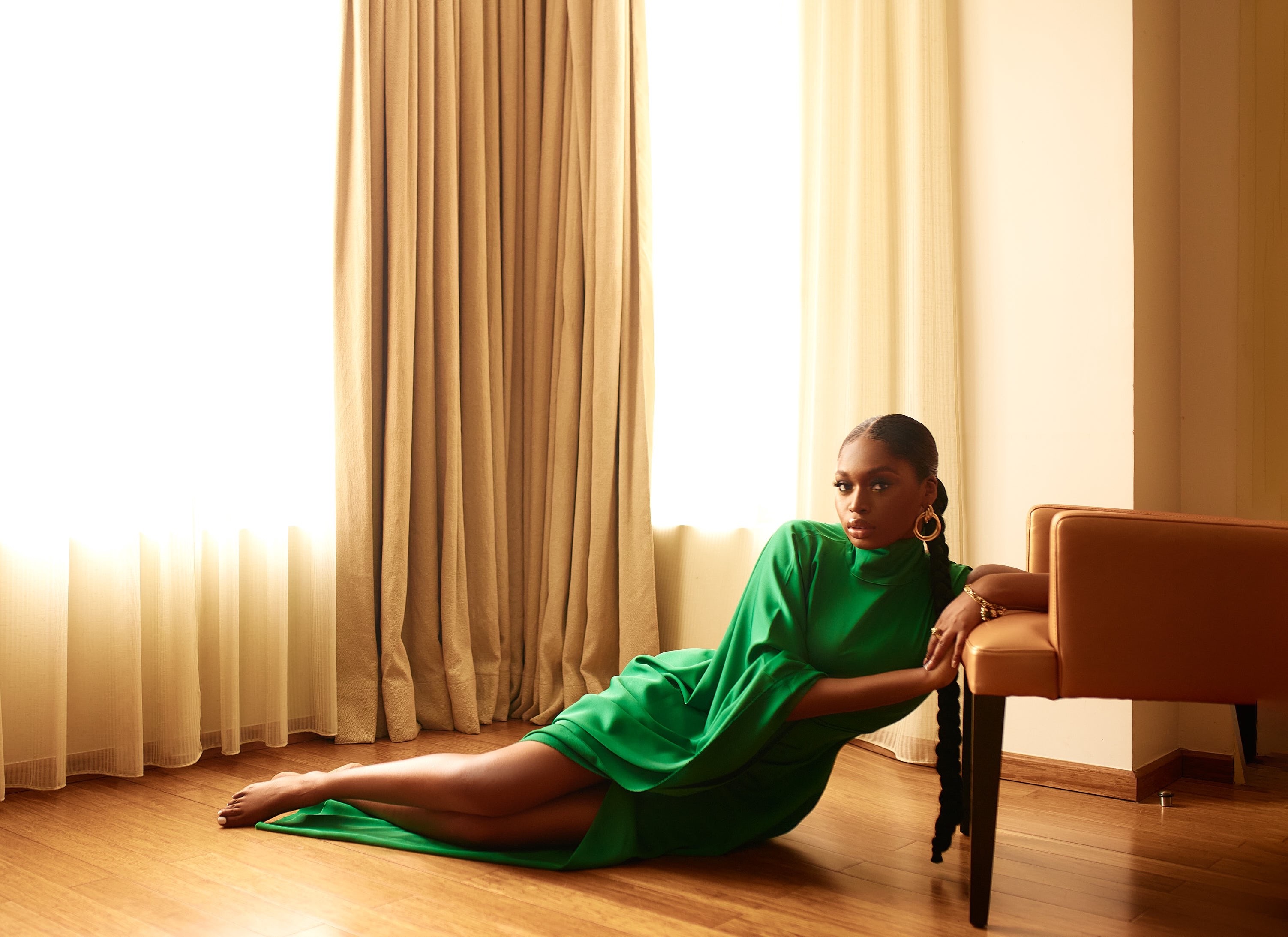 “I’m realising now that maybe it’s not an issue to have these two identities potentially collide and combine,” said Idukpaye. Source: Sabrina Idukpaye

“What was really important during the pandemic was communication,” she says. “Everybody was talking about COVID. There was the Black Lives Matter movement, and then the tragic massacre that happened in Nigeria — and it only became possible for the wider world to find out through media and communications because the country itself was trying to suppress that information, that protest and what really went on. So with all of this in mind, I realised that, you know what? That’s what I need to own.”

With a political career in mind, Idukpaye applied for an LSE master’s. Her choice of university was deliberate: she was taken in by LSE’s ranking as the top university in the UK and third globally for Media and Communications. She knew the prestige and recognition associated with the university would help her in her future career, especially as an aspiring female politician.

“It’s a men’s club,” she says of the Nigerian political scene. “As a woman, you already face the fact that people still see you as an inferior gender or that you don’t belong in this society or arena. It’s to establish that you also have knowledge and this knowledge that you acquired is not just from any university, but a top university. So you do what you need to do to prove yourself capable and worthy of their time.”

Today, Idukpaye has made peace with her two separate identities, embracing herself as both an LSE master’s student and an influencer. More importantly, she’s realised that merging her two identities can serve as an advantage in her future political career.

“I’m realising now that people do want to see a charismatic politician,” she says. “People do like to see people they can relate to, which is why, for example, influencers are taking over the celebrity kingdom right now. I realise that maybe it’s not an issue to have these two identities potentially collide and combine.”

Her advice to students is that it’s OK to go back to the drawing board and reassess their goals and aspirations amid setbacks.

“At the moment, I’m considered a mature LSE master’s student,” she says. “So in a way, this is almost like a second career. It’s a change in what I was doing. So what I will say is this: it’s okay to start over. It’s okay to go back to the drawing board. It’s okay to reimagine different ways of getting to the same destination. Think about where you wanna go, where you want to be and how you can get there. Understand that it’s not always gonna be linear.”