There is now a BTS course offered at the University of California, Berkeley. The two-credit course, called “Next Generation Leaders: BTS” is part of Berkeley’s “Democratic Education at Cal” (DeCal) programme, in which students share their knowledge by designing a course by themselves.

This module was kickstarted by two ARMYs in the spring 2019 semester and the average enrolment for the course since its inception is 30.

This course is a DeCal, which stands for Democratic Education at Cal. It is a program at UC Berkeley that allows students to create and facilitate courses that are not already offered by the school. These classes are student-led, but they are real university classes.

On the course’s official Twitter account, the two ARMYs in charge of creating a safe space for others to study the BTS phenomenon announced that the course will not be made available online due to being in its beginning and volatile stages.

According to the school’s website, the Next Generation Leaders: BTS course will have students analysing their influence through an academic lens. Content that the course facilitators will cover includes the artists’ history, image, and philanthropy.

During the course of their study, those who enrol will get a chance to define BTS’s impact by discussing globalisation and media portrayals. Students will also “be able to reflect on their own perspectives regarding the intersection of culture, language, and identity by observing BTS’ rise to fame in both the Eastern and Western hemispheres”. 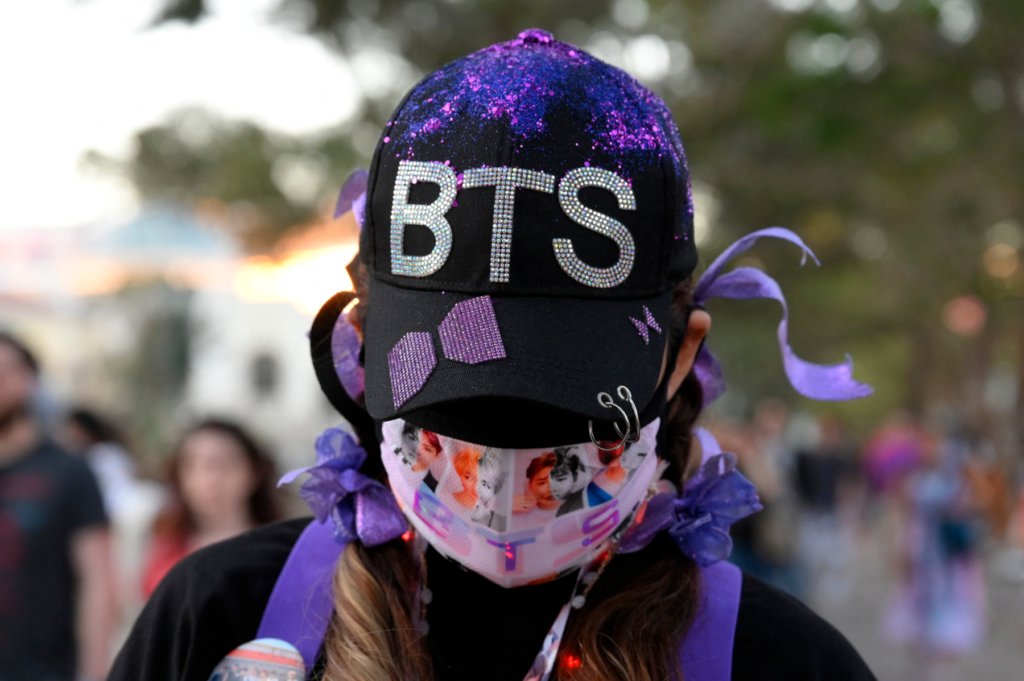 With this new BTS course at Berkeley, both ARMYs and students alike can band together and study the boy band making waves in South Korea and the world. Source: David Becker/ Getty Images North America/Getty Images via AFP

Spring 2022 syllabus of the BTS course

As the student-run course is a relatively new one at Berkeley, the syllabus is prone to changes, additions, and cuts every semester. For those of you intrigued enough to apply to study at Berkeley, here’s a breakdown of what the course currently has to offer in spring 2022.

In-class sessions consist of lectures, screenings, and group discussions. Lectures will focus on introducing material, while the screenings will supplement the material. The floor will then be open for group discussions among the students present. There will be readings due each week to aid in preparation for the next class.

Students of the BTS course meet for two hours every week and attendance is highly crucial as assignments will mostly be in-person for the time being. While a virtual class was proposed, the course remains available only to Berkeley students for the time being. The best part about this course? There are no prerequisites — everyone at Berkeley is welcome to sign up. 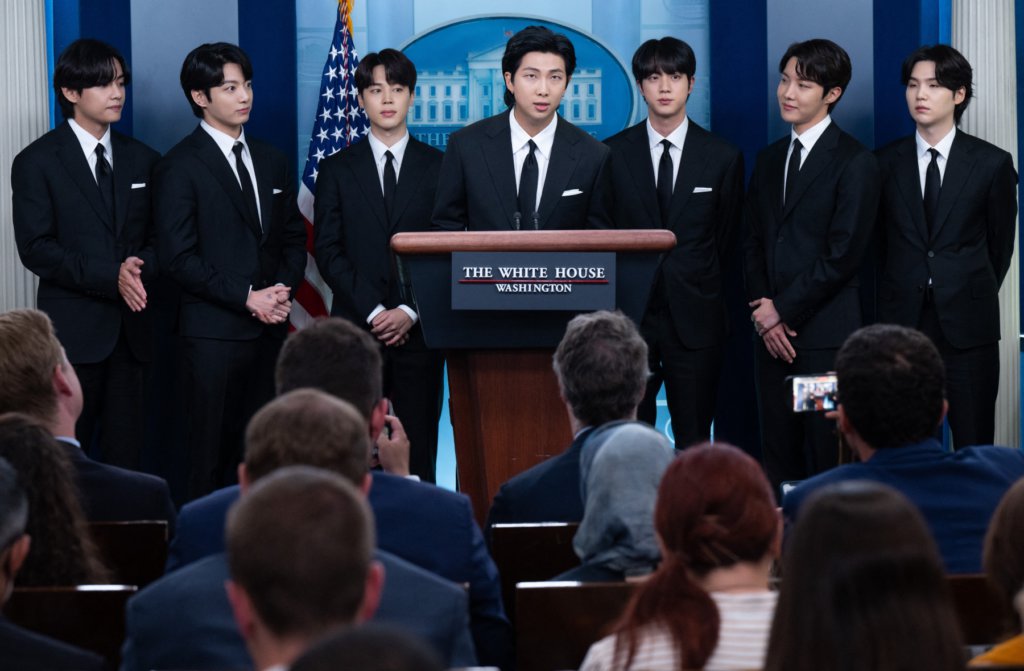 Korean band BTS appears at the daily press briefing in the Brady Press Briefing of the White House in Washington, DC as they visit to discuss Asian inclusion and representation, and addressing anti-Asian hate crimes and discrimination. Source: Saul Loeb/AFP

Conquering the American music scene is no easy feat, even for the 10 Rolling Stone-approved K-Pop groups that were predicted to achieve significant fame in the US. This was back in 2012, when a group known as Bangtan Boys — now called BTS — were prepping for their debut.

It seemed a distant milestone for K-Pop groups to break into US charts but seven South Korean men proved the world otherwise when they rose to international fame like no other group has done before.

From the group’s first release of their Soundcloud clips where the members rapped in both Korean and English to the groundbreaking  807 million views (at the time of writing) on their music video “Butter,” the members of BTS have shattered conceptions of what success means for K-Pop.

The impact that they have had on the music scene and the way the world views K-Pop all-male boy bands led to them being backed by the most powerful “ARMY” — a fandom name for some 40 million fans of BTS. 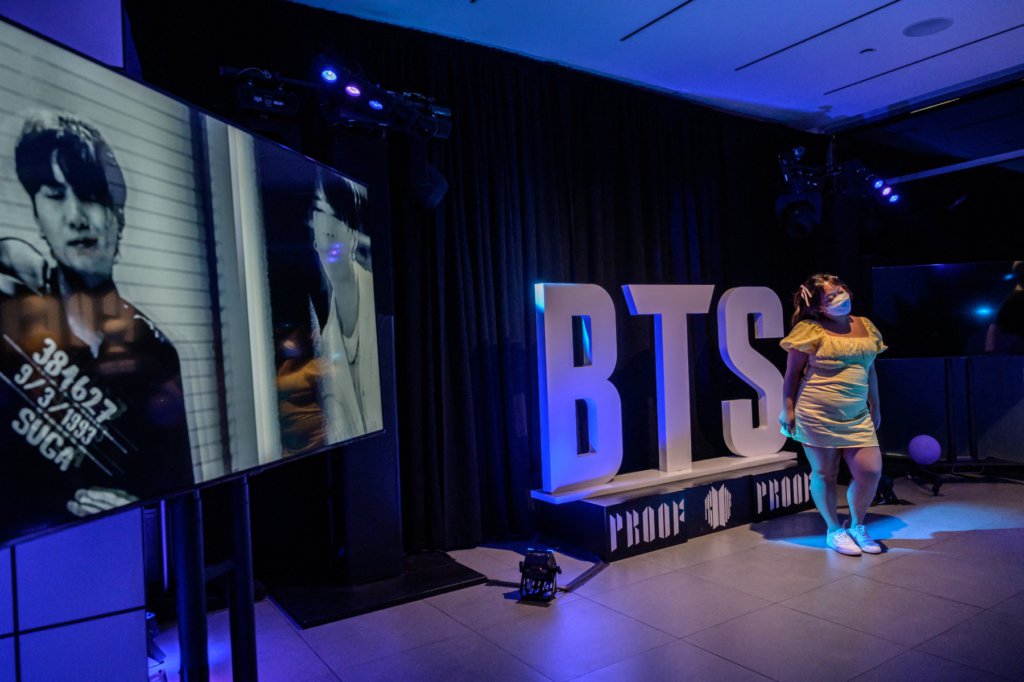 You can now study a BTS course at university! Just make sure you’re enrolled in the University of California, Berkeley first. Source: Ed Jones/AFP

Not the first BTS course

Increasing interest in the global sensation extended to academia since the group’s success in 2017, when a repackaged version of their album “Wings” attained US chart success and saw BTS become the first K-Pop group to ever perform at the American Music Awards party.

Academic researchers puzzled by their big break have doubled down on efforts to scrutinise the boy band’s timeline of success.

The Message of BTS for the Youth: A Case Study on the Popularity of BTS in North East India among 14-29 Age Group, Analysing the Reasons for the Global Popularity of BTS: A New Approach from a Business Perspective, and K-Pop Culture: The Success of BTS are just some of the journal articles published that have analysed BTS through an academic lens.  The group’s meteoric rise to stardom even compelled Harvard Business School to do a case study on them.