For many high-achieving students, attending a prestigious US university is the ultimate dream. Apart from the bragging rights that come with attending an elite institution, students can also benefit from (depending on the university) strong industry connections as well as networking opportunities. Despite the benefits, there are some scary odds that may deter some students from applying.

For instance, out of a pool of 55,471 applicants to Stanford University’s Class of 2025, only 2,190 received offers of admission — or an admit rate of 3.95%. However, according to the Class of 2009 Stanford graduate Atiqah Nadiah Zailani, the only way to get accepted into a university you want is to actually apply. 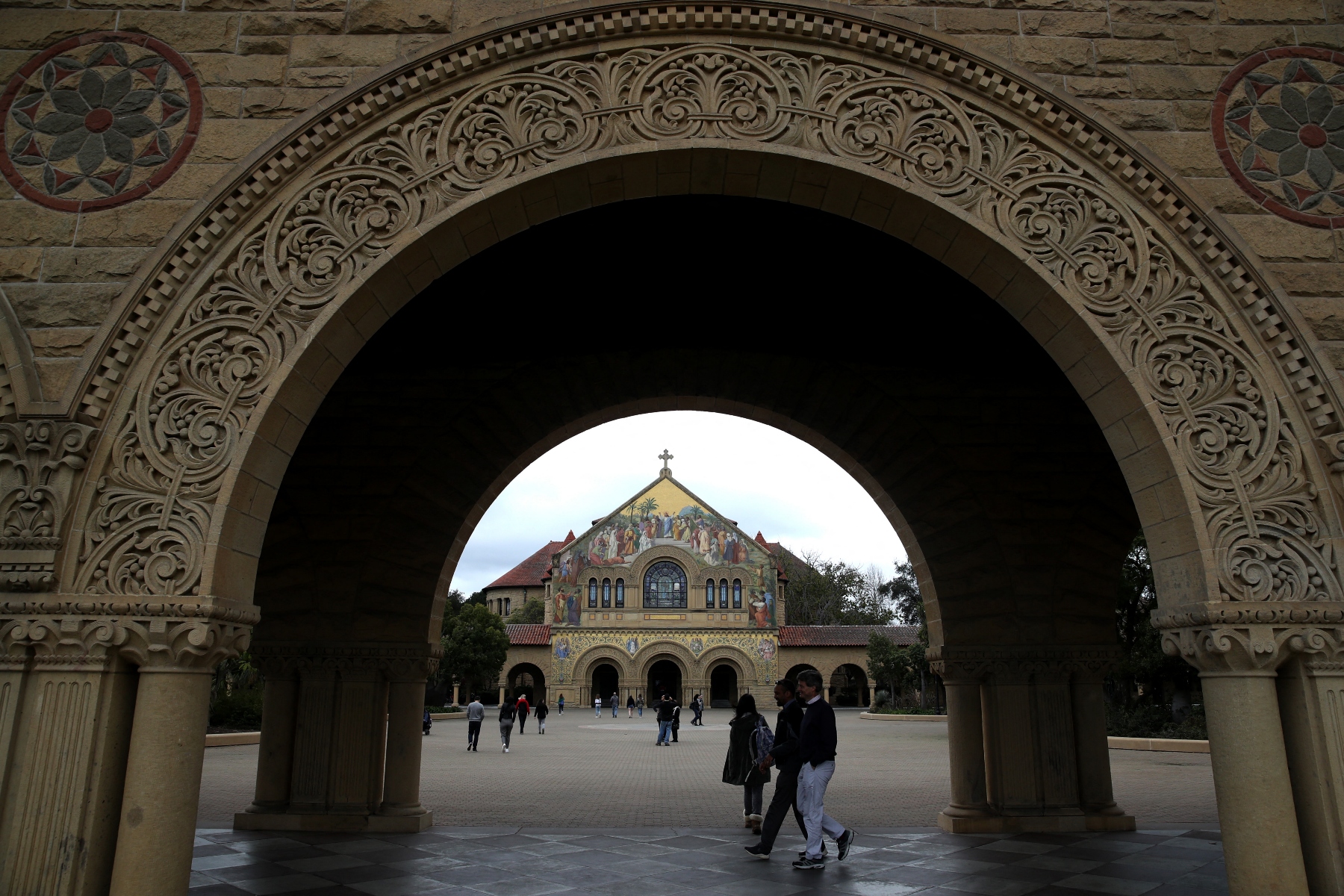 Stanford University has a low admission rate of 4.3% of applicants admitted for the Class of 2022. Source: Justin Sullivan/AFP

The X-factor that got her into Stanford University

“I get asked a lot about how I got into Stanford, and the answer is simply that I applied. A lot of people sabotage themselves by not even trying,” the 35-year-old tells Study International.

“I was lucky that I managed to get accepted, and I believe that beyond my grades, my co-curricular activities and strong recommendation letters from my teachers definitely helped.”

Zailani was one of the few Stanford University undergraduate students who was given permission to start her master’s programme while she was still completing her bachelor’s degree. Despite a full course load, she managed to complete both programmes concurrently, which led her to graduate in 2009 with two qualifications instead of one — no mean feat.

So, how did she differentiate herself from the competition when applying to Stanford University?

“There are thousands of outstanding candidates with strong SAT scores, so the best way to differentiate yourself from the masses of qualified people is to do interesting things, have ideas and aspirations that you detail in your essays, and have strong recommendation letters from your teachers or other relevant figures,” she suggests.

It’s worth remembering that top universities admit only the best of the best, so they are constantly on the lookout for people who will go on to do fascinating things and make their alma mater proud. 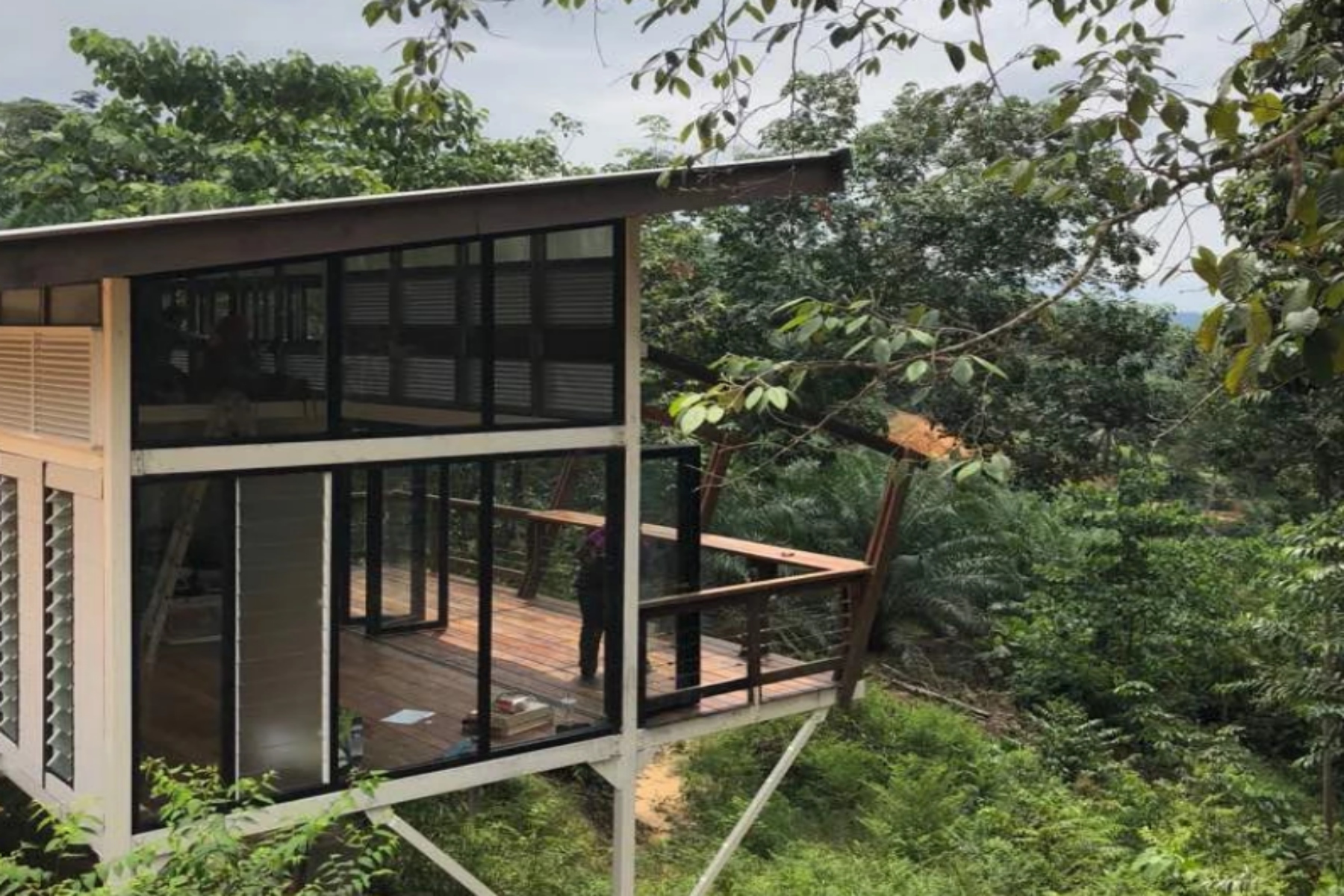 In an effort to bring the sustainable tiny home craze to her hometown in Kuala Lumpur, Atiqah spent around US$60,000 to build the Meraki house. Source: Atiqah Nadiah Zailani

It’s not just about your grades — passion matters, too

Not everyone who goes to Stanford has their future mapped out, and Zailani was one of them.

She wanted to be an environmentalist growing up — “a cross between Jane Goodall and David Suzuki” — and always imagined herself working in jungles or diving into oceans to save the planet.

While life brought her down a different path, her passion for the environment stayed.

She returned to Malaysia and served the government through national strategic planning and implementation work, and has since moved on to be a technical advisor for Ivory Coast. She also dabbles in strategic advising for UN-HABITAT, a body of the United Nations that focuses on urbanisation in Malaysia.

Still, she did not give up on her dream. Zailani has been making headlines recently for bringing the tiny home craze to her hometown Kuala Lumpur. Despite not having a background in design, no materials to work with, and no team, she set herself up on a mission to build an off-grid, solar-powered, rainwater-harvesting, and sustainable tiny house in the outskirts of the capital city.

Zailani was inspired to make minimalist living commonplace in Malaysia after a short stint with an NGO in Tanzania, where she found locals living happily in 100 sq ft village huts.

Her tiny home, she mentions, was an experiment. Zailani wanted to push her limits and see if she was capable of designing and building the house she wants, but also to test how environmentally sustainable it can be within the Malaysian context.

She enjoyed the journey immensely and spent RM250,000 (just over US$56,000 at the time of writing) on the project. The best part about the process was working with like-minded people, both friends and volunteers, and watching something come into being by her own hands.

The most challenging aspect, however, was sourcing the materials.

“It took me months just to find an appropriate solar system company. Given that the awareness and availability of resources are still relatively low in Malaysia, it took extra time and effort, and was often time frustrating,” says Zailani. 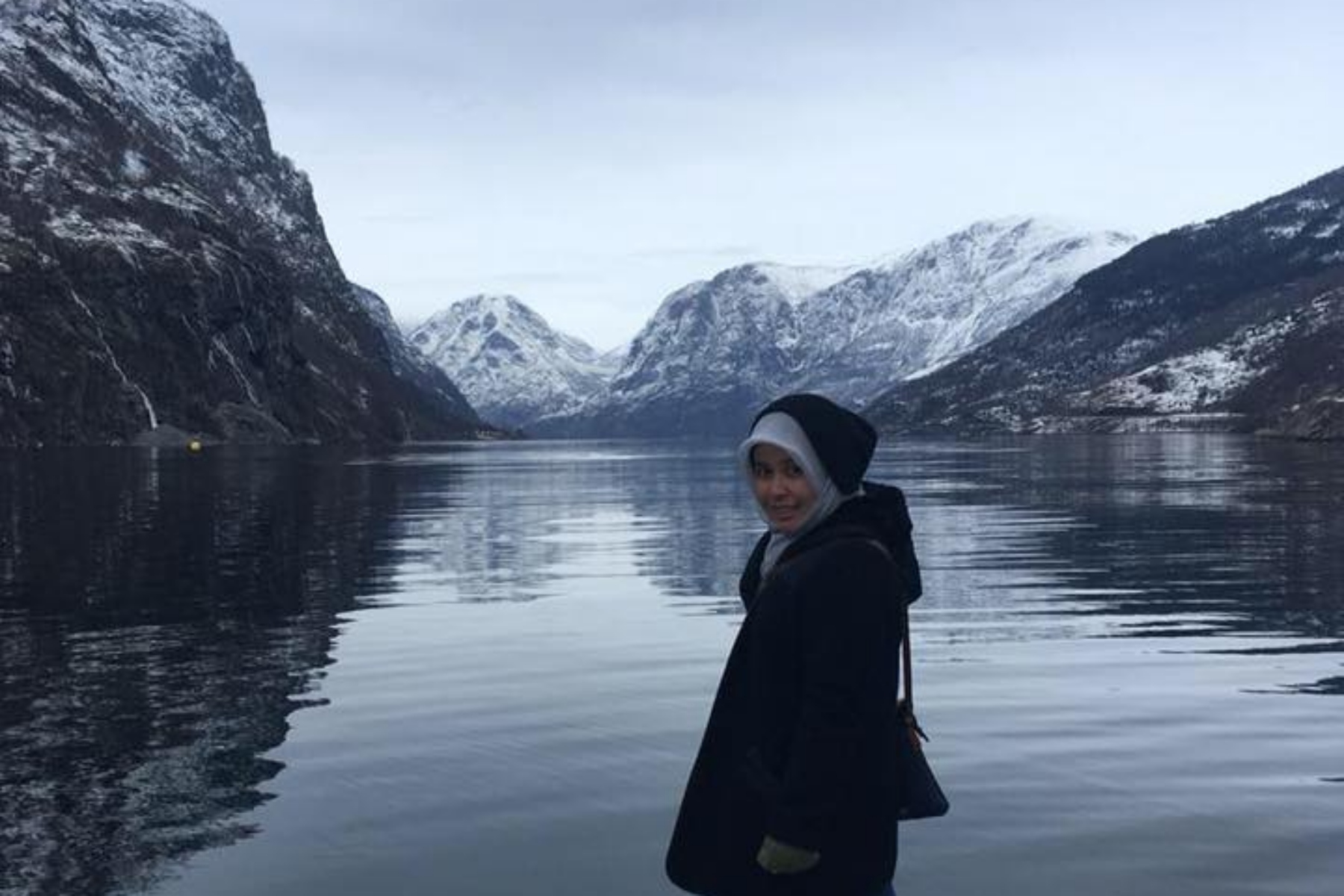 After graduating from Stanford University, Zailani travels, works, and goes wherever life takes her, even if it’s in freezing Norway. Source: Atiqah Nadiah Zailani

Choose the right environment that will help you blossom

Zailani’s openness to exploring other cultures and a different way of life are just one of her many stellar qualities. Instead of being afraid of studying abroad after securing a scholarship, this Bukit Bintang Girls School (BBGS) alumnus saw the opportunity to study in the US as an adventure.

“I loved my time at Stanford and in the US. I made amazing friends and grew as a person in so many ways,” she recalls.

“When I first went to Stanford in 2005, it was just a few years after the 9/11 incident in 2001, and I was obviously a Muslim with the way I dress. There was some fear that I would be harassed or targeted, but I’m happy to share that it never happened.”

Zailani’s advice to students is to focus on identifying the best environment that would help them grow and discover themselves.

“Different countries, and different universities within a country, will offer different experiences,” she says. Whether you choose to study at one of the top universities in the world or a smaller, more focused institution, choose well and enjoy the ride, she explained.

Her parting advice? While grades and degrees are important, “the kind of person you will become in the environment you end up in is even more important!” she says.