Zoom in on the town of Muar (a historic town and the capital of Muar District in Johor, Malaysia), and you’ll find a young man fervently serving his community. His name? Syed Saddiq — a name that will undoubtedly ring a bell among locals around the country.

For starters, the current Member of Parliament (MP) of Muar made a strong impression when he contested the Muar parliamentary seat at the 14th General Elections in 2018 (GE14) — and won. By then, he was already the youth wing leader of the Malaysian United Indigenous Party known as “Bersatu”.

When the United Malays National Organisation, popularly referred to as “UMNO” — the ruling party of Malaysia since its independence — experienced a shocking defeat in GE14, Saddiq was appointed as the Minister of Youth and Sports in the new government. At 25, he became the youngest Cabinet minister in Asia. 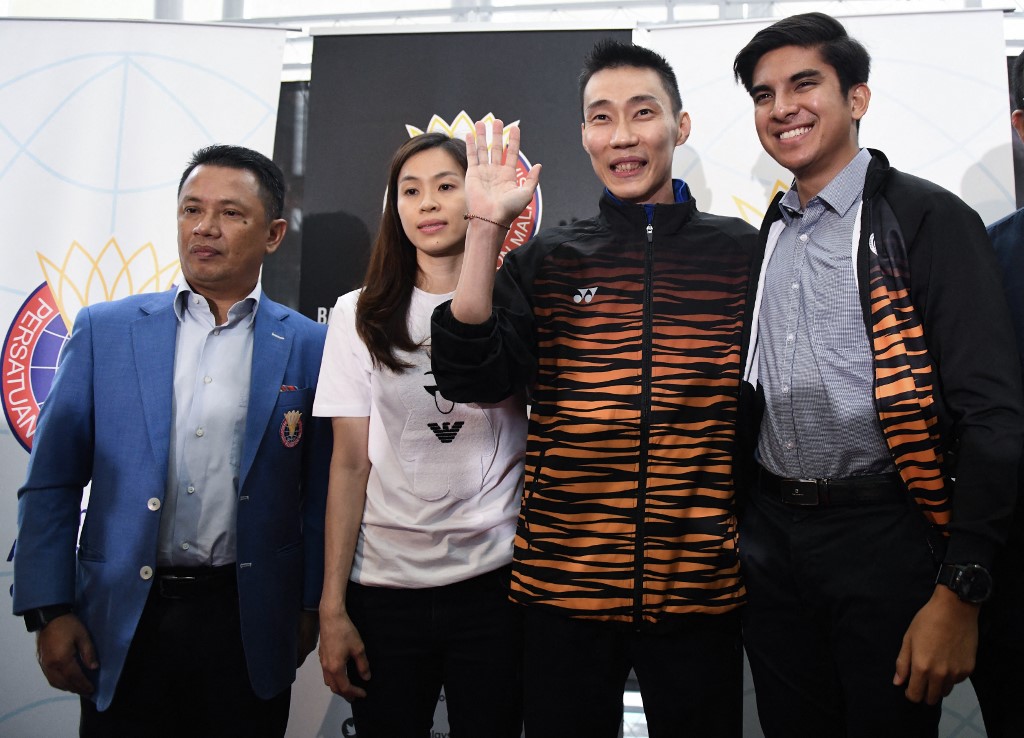 Malaysia’s badminton player Lee Chong Wei (pictured second from the right) poses together with the Minister of Youth and Sports Syed Saddiq Syed Abdul Rahman during a press conference in Putrajaya on June 13, 2019. Source: Mohd Rasfan/AFP

Look at his family, however, and you might be surprised that Saddiq’s passion for politics did not start at a young age. “My mum has been a civil servant throughout her life — a teacher. My father was a labourer, commuting from Johor to Singapore every day,” the politician explains in an interview with JinnyboyTV, a local YouTuber.

In fact, the Muar MP initially despised politics. “I always wanted to be in public policy, but not in the front lines because I value my privacy and flexible work arrangements. Politics is the exact opposite.”

So you might be surprised to hear that Saddiq rejected not one, but two full-ride scholarships to further his studies at Oxford University — an institution he “always dreamed” of entering. 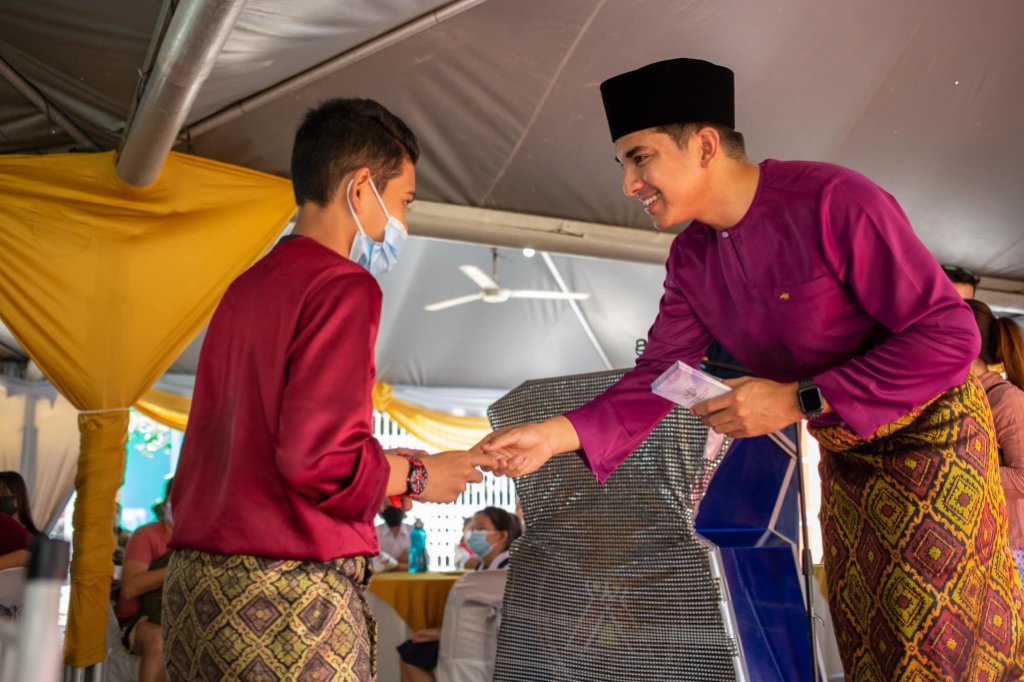 As the MP of Muar, Saddiq continues to help his community by providing food subsidies and setting up education funds. Source: Syed Saddiq/Facebook

‘I cannot leave’: Abandoning his dream to serve his country

As a law graduate from International Islamic University Malaysia and an avid debater, Saddiq was well-versed in the economic, social and political issues that occurred around the world. While actively debating, the Malaysian won the United Asian Debating Championships. He has also been crowned Asia’s Best Speaker at the Asian British Parliament Debating Championship three times.

Saddiq dabbled into politics in 2016 when he joined the group Changed Led by the Young Generation (CHALLENGER). On Facebook, he spoke up against Najib Razak’s (Malaysia’s former Prime Minister) corruption over the 1Malaysia Development Berhad (1MDB) fund — a sovereign wealth fund meant to help alleviate poverty.

At that moment, everything changed. “After that, I immediately lost almost all my jobs: as a researcher, part-time lecturer, [and more],” he said. “My students, who I was training to represent Malaysia in the US, were banned from [the competition] just because I was their trainer.”

Perhaps the greatest sacrifice he had to make as a graduate was giving up two full scholarships to study at Oxford University — something he “always dreamed” of doing. One of these scholarships was the Chevening Scholarship to pursue a Master’s in Public Policy.

It wasn’t an easy decision, and some circumstances were beyond his control. Asked why he rejected his first full scholarship, Saddiq shared that the plans were in motion. He was ready to live his dream, but UMNO threatened his father and brother. Not wanting to leave his family behind, he chose to stay.

Likewise, the politician remained home to serve the people of Muar when he received a second chance to live his dream, as he explains in a Facebook post. 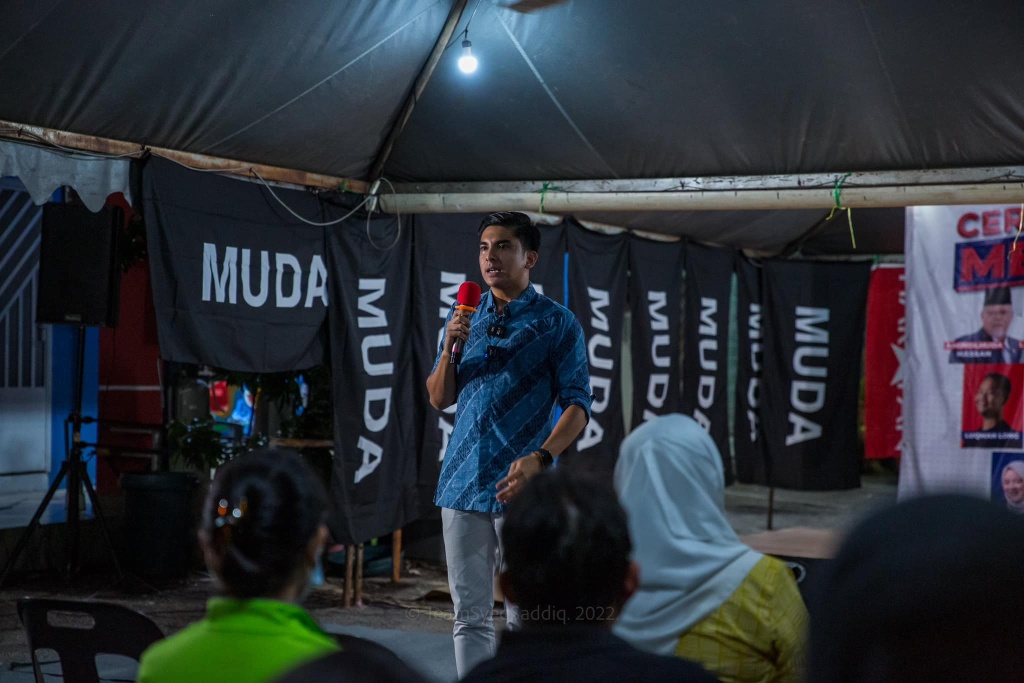 Did you know that the oldest member in MUDA is 92 years old? Source: Syed Saddiq/Facebook

Today, the 29-year-old still firmly believes in the power of the Malaysian youth. Saddiq was one of the few MPs that supported the movement to amend the Federal Constitution (the country’s highest laws) so that the minimum voting age from 21 to 18 years old.

The best part? These youths are automatically registered as eligible voters — a factor that can significantly influence the results of the 15th Malaysian general election (GE15).

Saddiq is also the founder of MUDA, a youth-centric, multi-racial political party with an interesting take on rebuilding and empowering the nation. “MUDA, even the literal definition, is not only about age. It is about how you carry yourself, how you think, the approaches in which you carry — so it is a lot more disruptive.”

Despite his age and experience, Saddiq has seen the promise and realities of good governance. In this, he shares: “We can choose to leave politics, but politics will never ever leave us alone. It affects our jobs, our livelihood, our parents, our income, our education — everything which we hold dearly to ourselves.”