Imagine this: you have finally landed at Incheon Airport. Your dream of studying in South Korea finally came true, but eventually, it dawns on you that there are many ups and downs ahead of you in your journey as an international student in Korea. Not only do you have to get used to living in a foreign country by yourself, but you also need to learn a new language, learn to communicate with the locals, navigate the Korean dating scene and prepare yourself for possible culture shocks – all while achieving good grades.

It’s exciting, but scary — especially when you take dating into consideration. If there’s one thing you need to know about Korea, it is that it takes dating very seriously. Don’t be surprised if you see couples in matching outfits when you walk down the street — Korea is a country for lovers. It is the norm for locals to date around and to find “the one” the second they get admitted into university. After years of studying hard in school, in their minds, university is the time for them to get into relationships and enjoy student life.

You might think that dating in Korea as an international student is a no-brainer — it is just a courting process which might not even end with a relationship. According to many international couples, however, the Korean dating culture has a different love language. From love “confessions” to group hangouts, here are some Korean dating norms that you should know about. 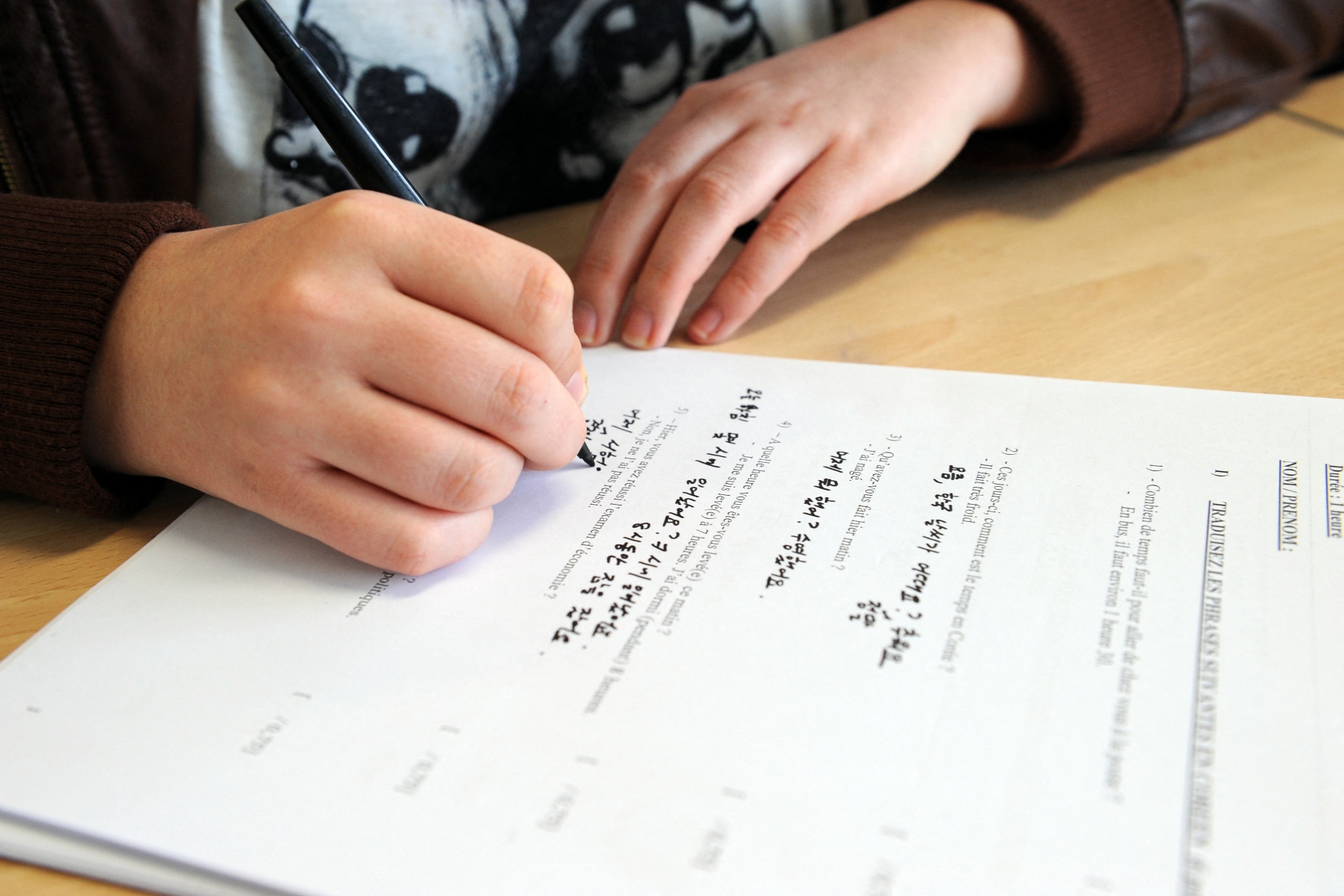 Koreans work hard and play hard, which is why they take dating very seriously once they enrol in university. Source: Xavier Leoty/AFP

Your ultimate guide to the Korean dating scene

If you binge Korean dating scene content on YouTube, you might have already seen this term being thrown around. “Sogaeting” basically means a blind date; it is when two strangers meet for the first time in a public place – usually a coffee shop, thanks to Korea’s vibrant cafe culture.

People who get set up on blind dates were either introduced to each other by a mutual friend, or someone they had just met. It’s not unusual to approach a stranger on the street here; it is even considered a norm in the Korean dating scene.

“Meeting” — the term used to describe what we know as a group hangout — runs rampant in the Korean dating scene, especially if you’re enrolled in a university in Seoul. This is still considered, in many ways, a blind date, but you’ll find no one-to-one session here.

Here’s what typically happens: two groups of friends will meet up for food, drinks, or both at any public place (most commonly, a karaoke joint). There, they converse, get to know each other, and decide who they get along with the most. Attraction plays a key role here — you more or less need to stand out from the “crowd” if you’re interested in someone — another person from your team might also be vying for the same guy or girl.

Fret not, though, because this type of blind date is actually the less stressful kind. Yoi can view it as the fun alternative to the one-on-one nerve-racking “sogaeting”. If you’re not interested in anyone, you end the day with a bunch of new friends. 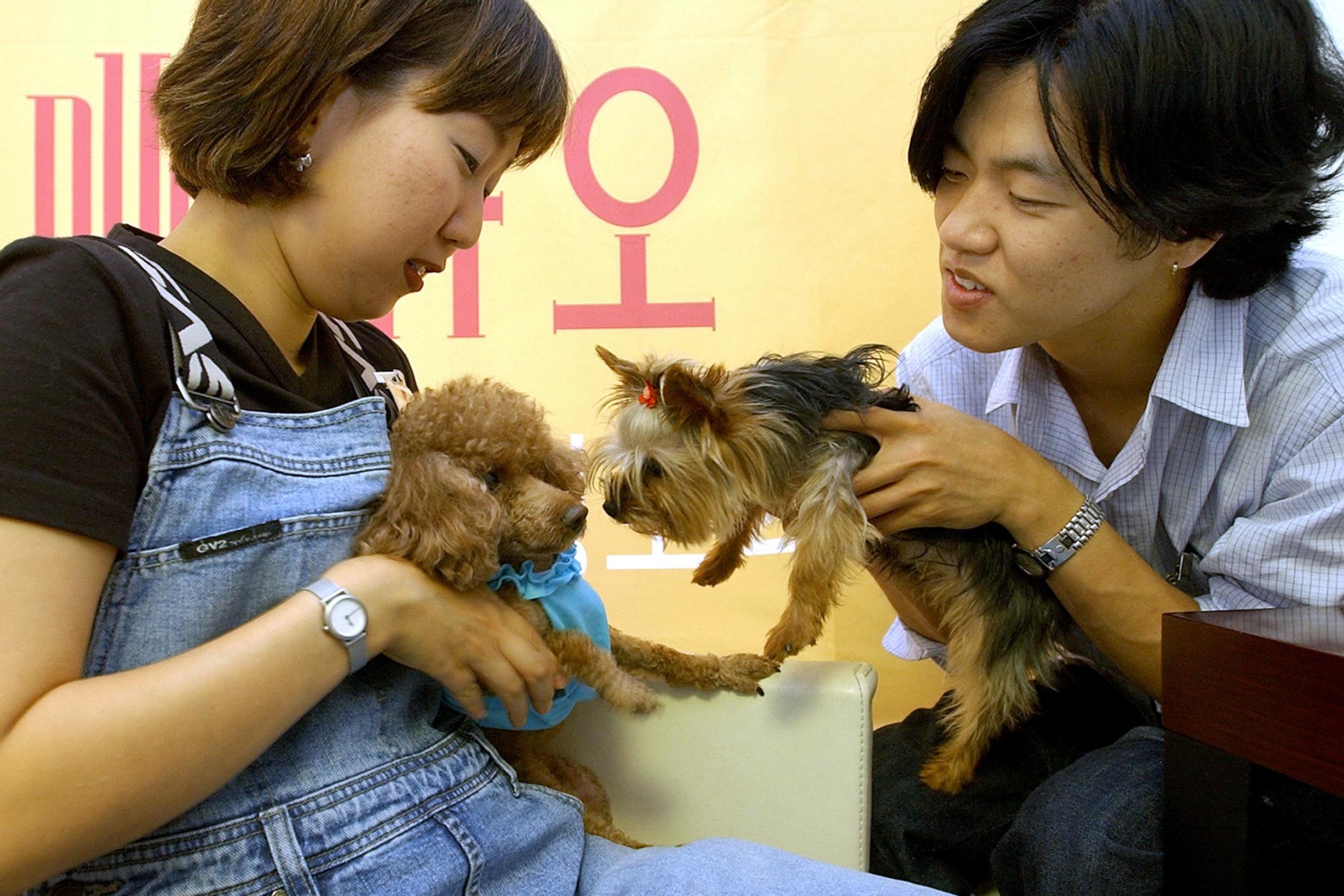 A young couple on a date arranged by one of Korea’s leading matchmaking companies during a publicity stunt. Source: Choi Jae-Ku/AFP

Are you familiar with nosy aunties and uncles that will forever try to matchmake you with their kids? “Matsun” is much like that, except it is arranged by a real matchmaker. They set couples up in the hopes of a possible marriage.

However, it is more transactional than the other types on this list. In the first meeting, the couple will have discussions and cut straight to the chase about their backgrounds. If they both feel like it might work out, they proceed to date and see where the relationship goes.

“Bungaeting” or dating through apps

This is pretty self-explanatory, and a popular choice worldwide — “bungaeting”, which means dating through the use of apps like AMANDA, NoonDate and Simkung. You swipe right, chat for a bit, plan the first date, and voila! Love ensues. 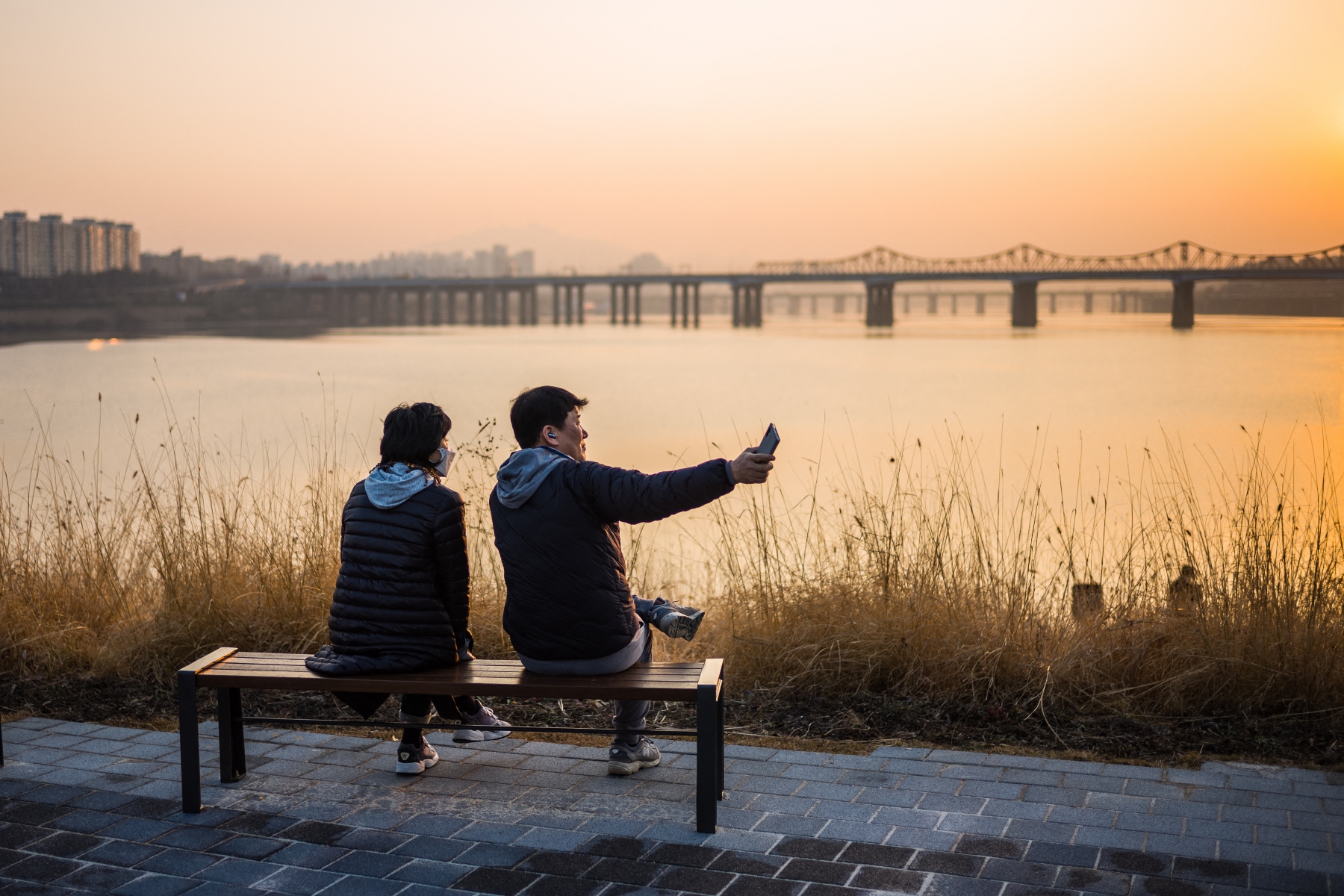 A couple sits by the waters of the Han River as they watch the setting sun in Seoul. Source: Anthony Wallace/AFP

Say no to gender roles

Another thing that sets the Korean dating scene apart from the rest of the world is that nobody bats an eye when a girl asks a guy out. If you find someone attractive, go for it! Here’s how it normally goes: if the guy says that they are taken, there are no hard feelings. However, if they are single and also interested, the KakaoTalk IDs exchange takes place, and the discussion for the date happens.

Don’t be fooled by their manly exterior, cute emojis aren’t just for girls. When messaging on KakaoTalk, it is not peculiar to find men sending the woman they’re into cute emoticons and GIFs. Whether they are in the talking stage or are already a couple, Koreans aren’t scared to show off their cute side. Expect a lot of hand-holding, PDAs, and sharing a bowl of “bingsu” together in public.

“Some” or the talking stage

Before anyone begins a romantic relationship, they enter the “some” stage. You’d probably understand it as the talking stage, where you know there’s something going on between the two of you, but neither one has made it official yet.

When either party confesses to the other, that is when the “some” stage ends, and you officially become a couple. Confessing is a crucial step to becoming exclusive, so much so that there is a “love confession day”. The date was determined by online communities or netizens as the ideal date for hesitant singles to make a move.

Hint: It falls on Sept. 17 each year, exactly 100 days before Christmas. If one confesses their love on this day and is accepted, the couple can celebrate the 100th day of their relationship – also an important anniversary in the Korean dating scene – on Christmas.