With the reopening of movie theatres, we’ve seen a multitude of innovative films hitting the screen. One aspect of the film industry that shows no signs of slowing down, however, is the role of streaming giants — and longtime contender Netflix continues to add to this mix.

From “Stranger Things” and “Heartstopper” to “Don’t Look Up” and “Tick, Tick… Boom!”, Netflix has been producing plenty of original titles for viewers to binge on. One highly anticipated title is “The Gray Man”, a classic blockbuster action flick directed by “Avengers” duo Joe and Anthony Russo.

The film is notably turning heads for its star-studded cast. The cast of “The Gray Man” brings together soon-to-be Ken doll Ryan Gosling, “Captain America” and “Avengers” hero Chris Evans, “No Time To Die” star Ana de Armas, Regé-Jean Page of “Bridgerton” and many others. Those working behind the scenes are no less impressive, having written and produced major franchises and films.

Naturally, many of the cast and crew of “The Gray Man” got their start with a university education. From Dhanush to the Russo brothers, here’s where the working crew and cast of “The Gray Man” were educated, and the qualifications they received. 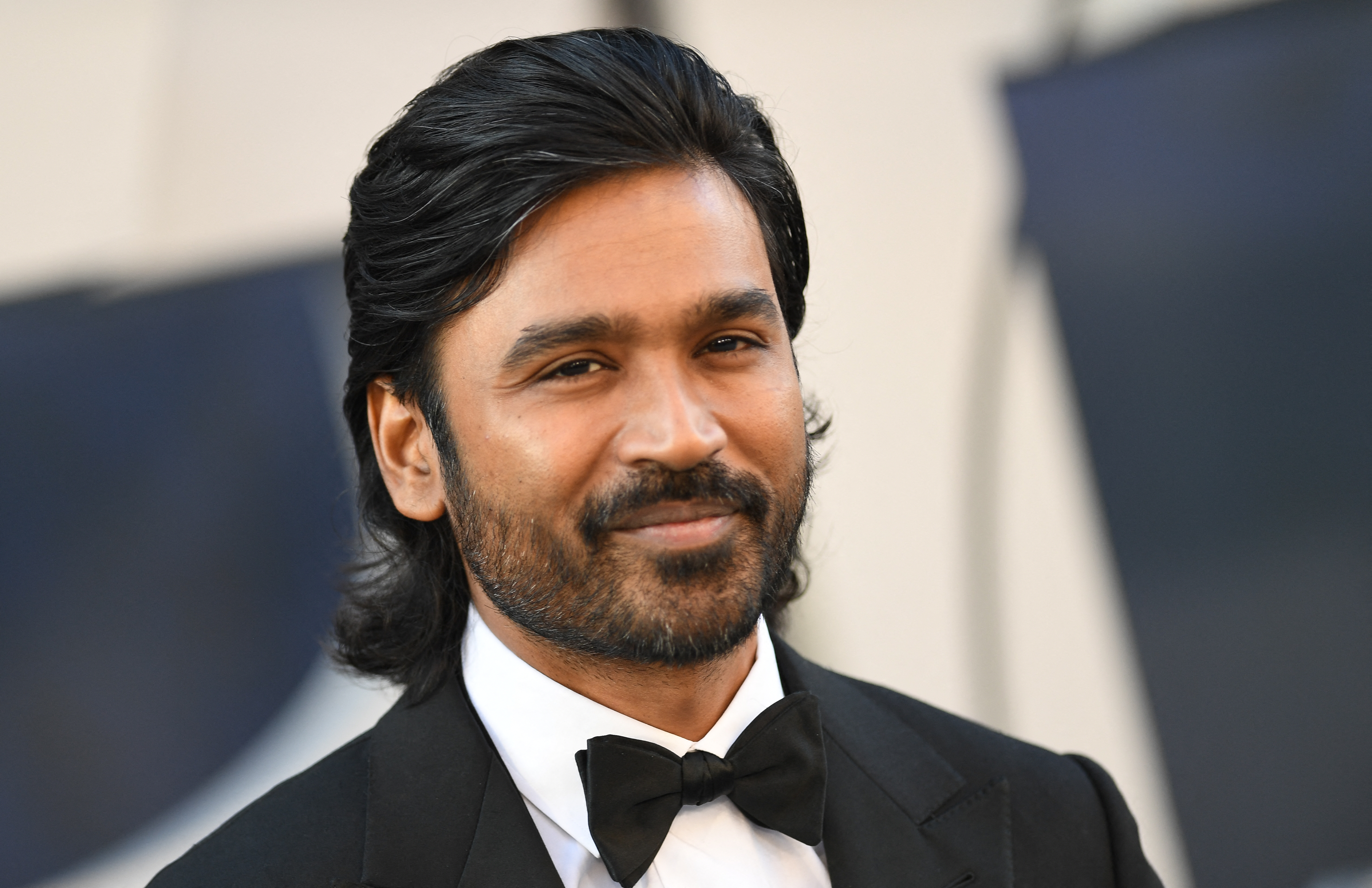 Dhanush is a familiar name in the South Indian film (or “Tollywood”) industry, having starred in over 46 films throughout his career. The actor has shown versatility in his range, tackling a variety of genres from romance to thrillers. Ultimately, this caught the attention of the Russo Brothers, who cast him as one of Evans’ hitmen in “The Gray Man”.

Born to popular Tamil film director and producer Kasthuri Raja and brother to director and actor Selvaraghavan, acting was a natural choice for Dhanush. However, he still felt the pull of pursuing talents outside of his film-steeped world. In fact, he was initially aiming to major in a hotel management degree and become a chef.

While Dhanush’s aspirations outside of acting never came to fruition, he still managed to pursue a university education. He ultimately earned a Bachelor of Computer Application from Madurai Kamaraj University, completing it through distance learning. In 2017, the institution placed among the top 15 universities in India with “Potential for Excellence”. 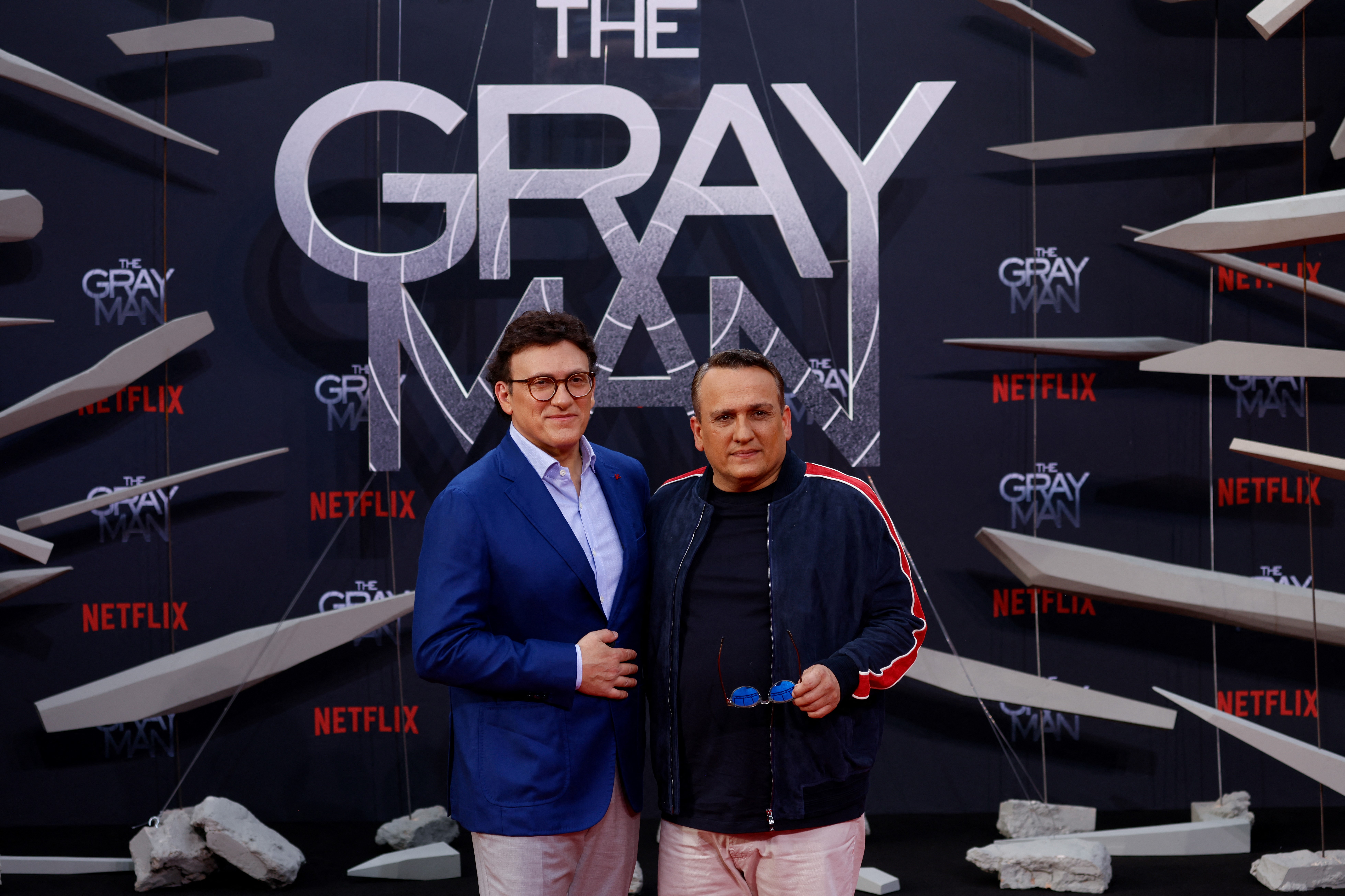 The Russo brothers need no introduction in the film industry. They first burst onto the scene with “Captain America: The Winter Soldier”, which was critically acclaimed for subverting the superhero genre. Since then, they’ve been at the helm of the Marvel Cinematic Universe’s most successful titles, including “Captain America: Civil War”, “Avengers: Infinity War” and “Avengers: Endgame”.

Prior to their Hollywood success, the Russo brothers — consisting of Joe and Anthony — were strategic in the way they wanted to approach their filmmaking careers. Joe went to the University of Iowa to study for a bachelor’s in English and writing, while Anthony pursued English at the University of Pennsylvania. Through this, they accumulated a different wealth of knowledge and networks which they pooled together in their pursuit of a filmmaking career.

Joe has spoken at length about his experience at the University of Iowa, clarifying that he chose the institution specifically because of its “fantastic” English department. There, he learnt under Jay Holstein, a popular religious studies professor who he said was a “huge influence” on his storytelling abilities.

“Fifty years at the University of Iowa—60,000 students have gone through his classes. You wouldn’t have ‘Infinity War’ without him,” Joe said during a visit to his old campus. “A lot of his teachings have found their way into our storytelling at Marvel. He understands the human narrative and mythology, and he inspired me to start telling my own stories.”

Following their graduation, both brothers enrolled for graduate school at Case Western Reserve University, where Joe studied acting and Anthony pursued law. There, they began to direct, write and produce their first feature film. 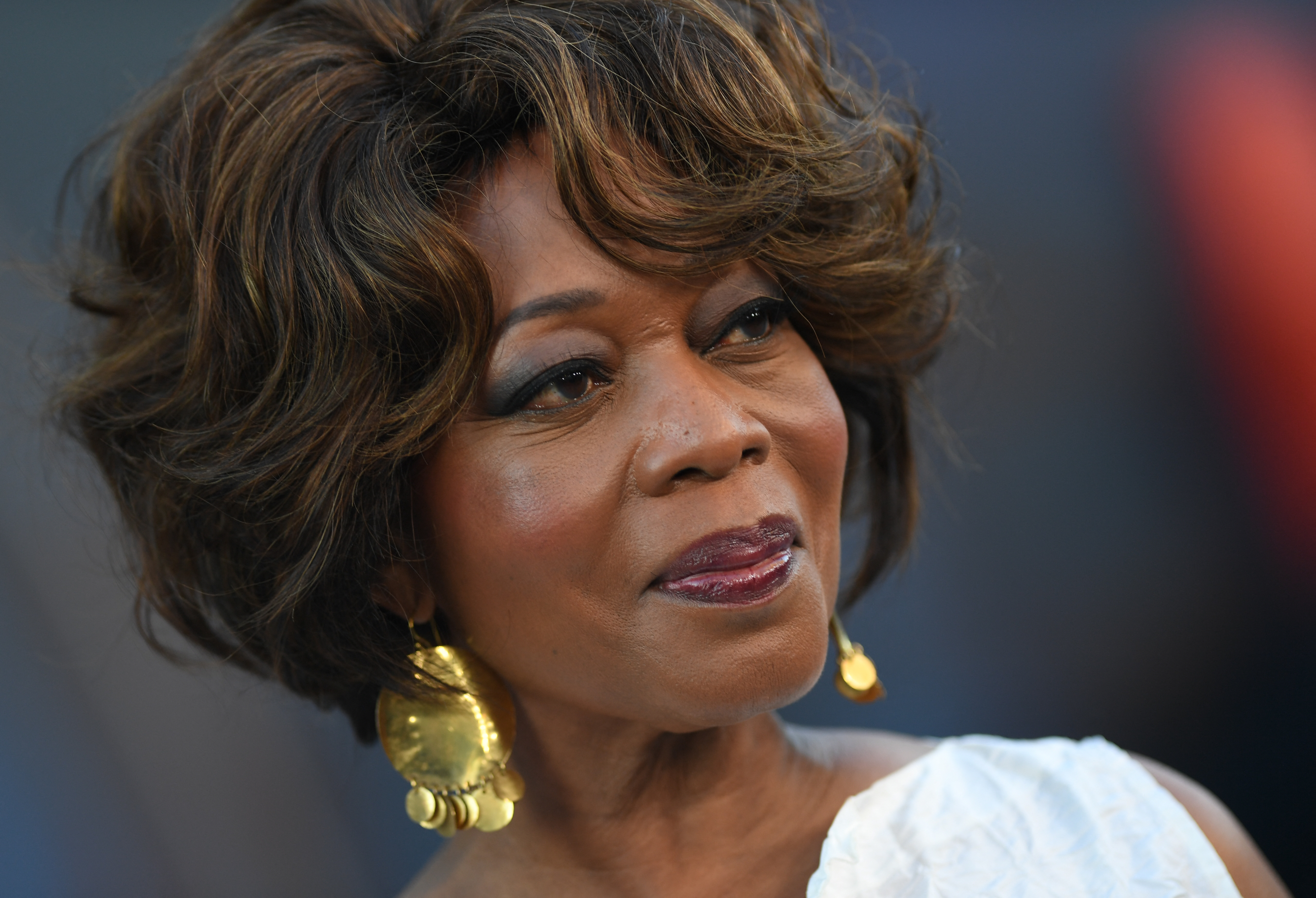 Alfre Woodard is a multiple Academy and Emmy Award winner with roles in films such as “12 Years a Slave” and “Luke Cage”. Source: Valerie Macon/AFP

Alfre Woodard is a powerhouse in the entertainment industry. To date, she’s starred in roles in theatre, film, and TV, showing versatility and range in her performances. It’s earned her multiple Academy Award and Emmy nominations and wins, showing her prowess in her field. In “The Gray Man”, she plays a former CIA chief who is a major help to Gosling’s character.

Woodard got her start at Boston University, home to some of the top-ranked schools for a variety of subjects, including law. Woodard studied for a degree in drama at the BU College of Fine Arts, where she was grounded in an education that encompassed acting, production, theatre, to name a few.

Boston University has also earned a spot as one of the top 15 institutions to pursue film, boasting a BFA programme that integrates the use of special effects, training students in VFX, animation and interactive media. 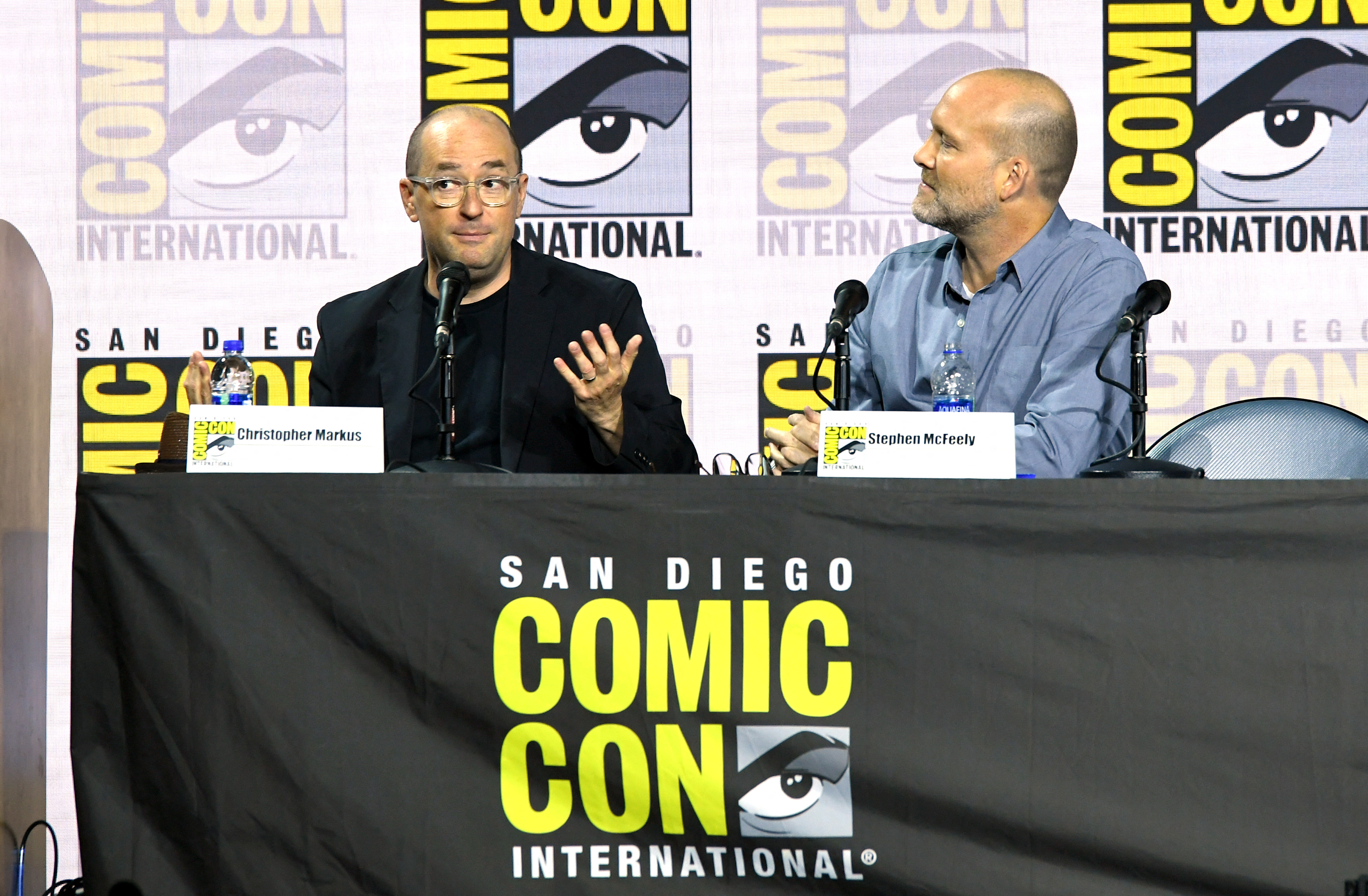 Christopher Markus and Stephen McFeely are the minds behind some of the biggest film franchises to date. Source: Kevin Winter/AFP

Christopher Markus and Stephen McFeely are another creative duo behind some of Hollywood’s biggest franchises. They’ve worked together as screenwriters on major films, including “The Chronicle of Narnia” film series, all three “Captain America” films and two “Avengers” projects, and other works in the Marvel Cinematic Universe. Together, they place as the highest grossing screenwriters in the world.

Similar to the Russos, Markus and McFeely got their start at different universities. Markus earned a BA in creative writing from Rutgers University — which is also the alma mater for fellow Marvel star Sebastian Stan — while McFeely studied for a BA in English from the University of Notre Dame.

Graduate school became a turning point for both screenwriters. Markus and McFeely met for the first time whilst studying at the University of California, Davis for a graduate degree in creative writing. “He sort of fell from the sky,” Markus was quoted saying about McFeely.

It marked the beginnings of a long-term partnership in the entertainment industry, leading to their current success — and role in the creation of “The Gray Man”.