Australia enthralls students from all over the world. There are many reasons for this: it is home to the world’s top universities and widening career options for international graduates being a few. It’s this that has led to Australia being the third most popular destination for international students, falling just behind the US and UK.

In this, the best Australian universities often lead to great career prospects for graduates. Many are recognised worldwide for their calibre in academia and research, two features employers highly value in graduates. More than that, graduates from Australian universities are highly sought after due to the country’s global reputation for offering a balanced, quality education.

This is even more apparent for graduates from Australian universities that place higher up in world rankings. In fact, research shows that graduating from a prestigious university increases a student’s employability prospects.

If you want to study in Australia, this is certainly something you should consider in choosing the right uni for you. With that, here are the best Australian universities by the graduate starting salaries they typically generate. 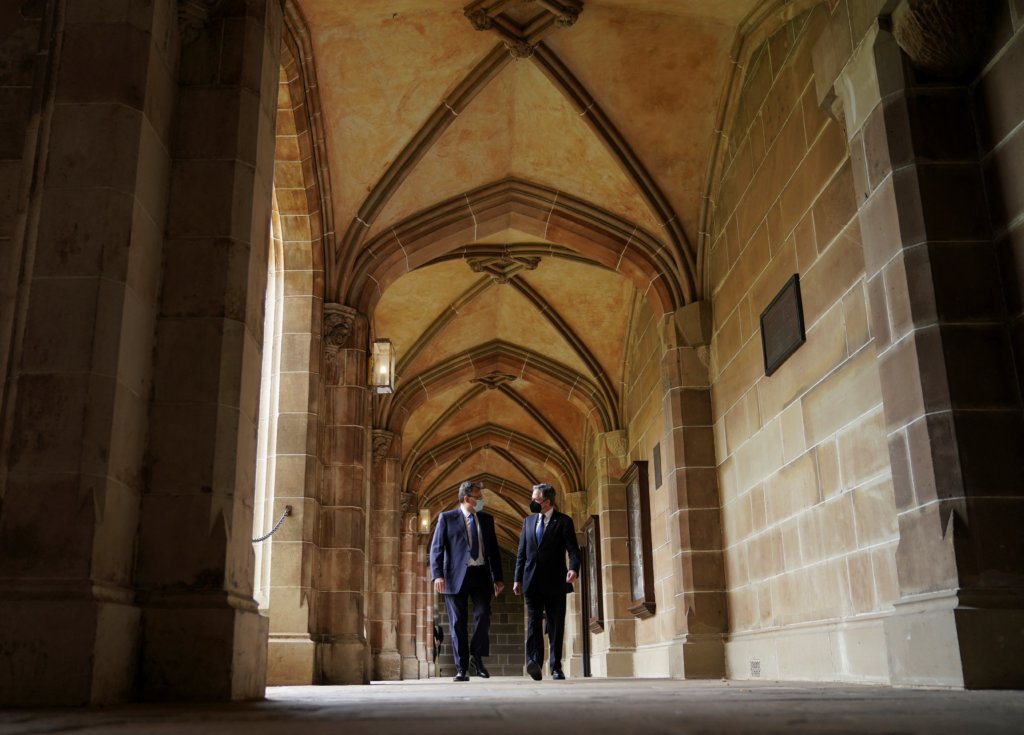 The University of Melbourne’s excellent global reputation has attracted a range of famed figureheads, including US Secretary of State Antony Blinken. Source: Kevin Lamarque/AFP

The University of Melbourne

The University of Melbourne is the most well-regarded higher education institution in Australia. It takes the top spot in national rankings and places at number 33 and number 35 by Times Higher Education (THE) and Academic Ranking of World Universities (ARWU) respectively. Outside of this, it’s well-known for its high quality of research output and with over 100 research centres and institutes, is only expanding its reach.

This makes the University of Melbourne one of the best Australian universities to increase your chances of landing a graduate job with a high starting salary. Typically, graduates earn 62,659 Australian dollars per year for their first paying jobs — sitting along the higher spectrum of starting salaries in the country.

In terms of employability, UWA is the top university in Western Australia for graduate employability. Much of this has to do with the fact that students are connected with leaders in education, research and industry, giving them plenty of chances to sharpen skills that are valued by employers long before they graduate.

Following the completion of their programmes, graduates from UWA tend to earn an average of A$60,672 per year.

Situated in the nation’s capital, Canberra, Australia National University is ideally placed for international students who are looking for an all-encompassing education in the heart of the country. Since 1946, ANU has not compromised in delivering a high standard of education and research to benefit both students and the communities around it, making it one of the best Australian universities for international students.

Naturally, this makes for promising career prospects for ANU graduates. The uni’s robust career planning programme makes it easy for students to meet with advisors and plot out their next steps before they’re set to finish their programmes.

On average, graduates from ANU start off earning A$55,618.

The University of Adelaide is another institution in Australia that’s known worldwide. Situated in Adelaide, the university is similarly well-regarded for its impactful research output and quality of education. QS World University Rankings has placed it at 109 globally, speaking of its calibre in Australia and internationally.

Of course, this translates to high graduate employability for those who gain degrees at the institution. It has earned the title of Southern Australia’s #1 university for graduate employability particularly due to the preparation students receive for their future careers. These stem from workplace placements and internships, mentoring opportunities, award-winning career services, ongoing access to career support after graduation, and more.

Little wonder that graduates tend to start earning an average of A$55,507 per year.