The US might be one of the most popular study destinations in the world among international students, but it’s currently facing a crisis at home. US universities nationwide are seeing plummeting enrolment rates, causing acute troubles in a number of states since the fall 2019 academic year.

According to data from the National Student Clearinghouse Research Centre, US universities and colleges have experienced a 5.1% enrolment decline in postsecondary education from the beginning of the pandemic to fall 2021, which totals to 937,500 students. At the undergraduate level alone, the number fell by 3.1% or 465,300 students in the past year.

Community colleges, in particular, have been hit the hardest by plummeting student numbers: two-year colleges now have lost nearly 15% of students in the last two years. Without generous endowments enjoyed by elite universities, it’s the smaller schools that are scrambling to find solutions to boost recruitment numbers.

College administrators and stakeholders have noted a worrying trend of no-return by students who left in favour of employment due to the financial impact of the COVID-19 pandemic.

“We are certainly concerned,” Charlene M. Dukes, interim president of Montgomery College in Maryland, was quoted saying in The Washington Post. “The way this was exacerbated by the pandemic was certainly even much more than we expected.” 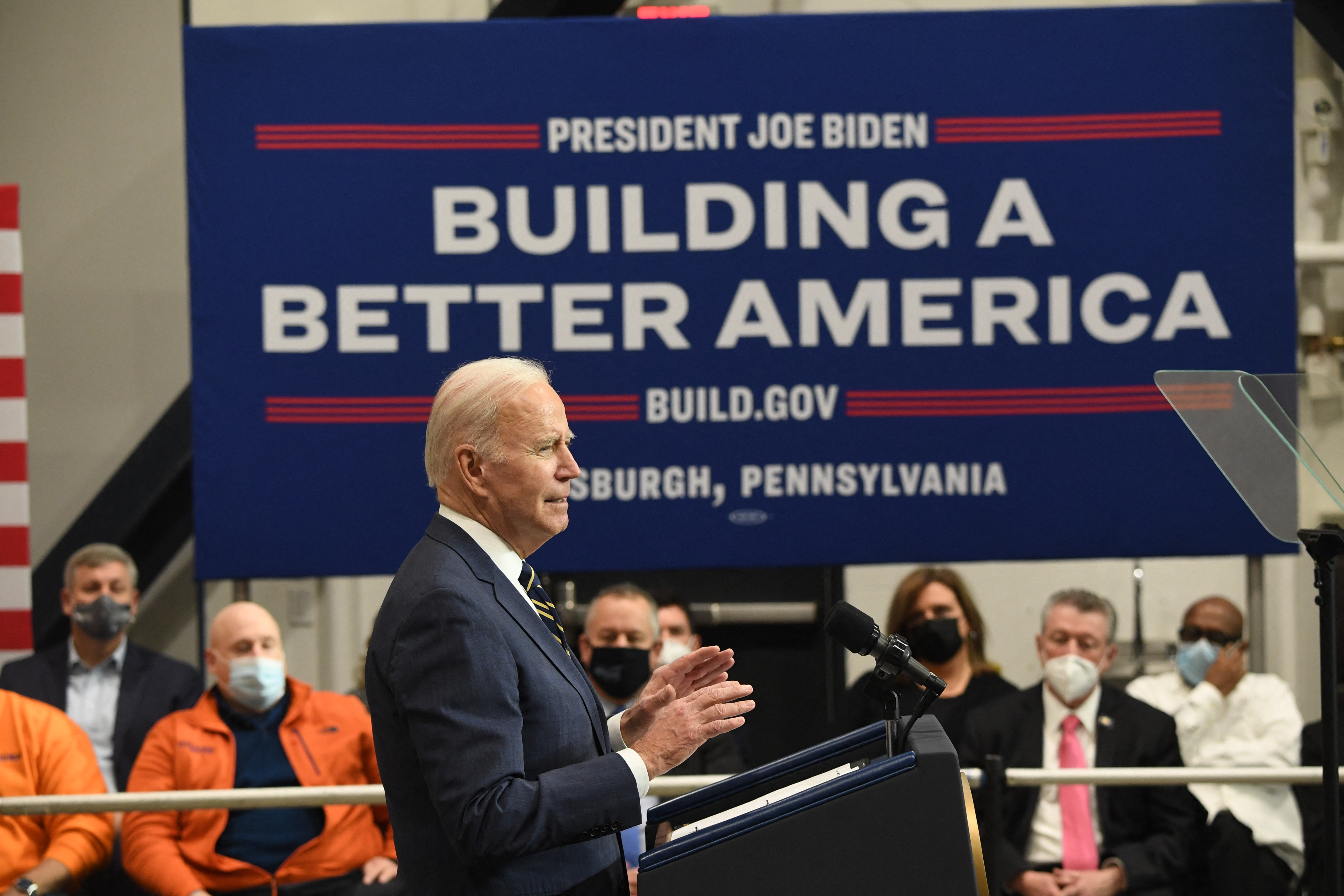 President Joe Biden had introduced the Build Back Better Act during his election campaign, which included free two-year tuition for community college students and federal student loan forgiveness in the agenda. Both plans were eventually scrapped as the legislation failed to garner enough votes. Source: Saul Loeb/AFP

The trend could have profound effects in terms of educational mobility, seeing as community colleges are often gateways to higher education for lower-income families due to significantly cheaper tuition fees. Students in community colleges are likely older, have familial obligations, and are disproportionately composed of students of colour, which are all vulnerable groups that have been severely impacted by the coronavirus.

The new enrolment data comes at a time when the US student debt crisis has swelled to 1.7 US trillion dollars with 45 million student loan borrowers, a 144% rise since 2007.

Although President Joe Biden’s administration has waived student debts to targeted groups, a widespread cancellation isn’t likely to happen, although the president did officially announce an extension to the pause on student loan repayment until Aug. 31, 2022 this year.

Free tuition in US universities: the New Mexico model

Could free tuition in US universities and colleges solve the enrolment and student loan crisis in the country? The notion isn’t unfamiliar in the Biden administration, where federal student loan forgiveness and tuition-free community college education in the first two years were scrapped from the Build Better Act, which was first introduced in his presidential campaign.

Despite the setback, several municipalities and colleges have pushed for tuition-free initiatives, known as the College Promise campaign. Leading the way in the tuition-free movement is New Mexico, as it embarks on an ambitious vision to offer free higher education to all state residents, regardless of their immigration status. The programme will also cover education for incarcerated persons.

Last month, the state’s governor Michelle Lujan Grisham approved a law that would fund up to 35,000 in-state students to pursue certificates, associate’s, or bachelor’s this fall, according to The Washington Post. Contrary to other state financial aid packages in the US, which only fund full-time students after other state and federal grants are tallied, New Mexico will fund students even before other scholarships are applied. 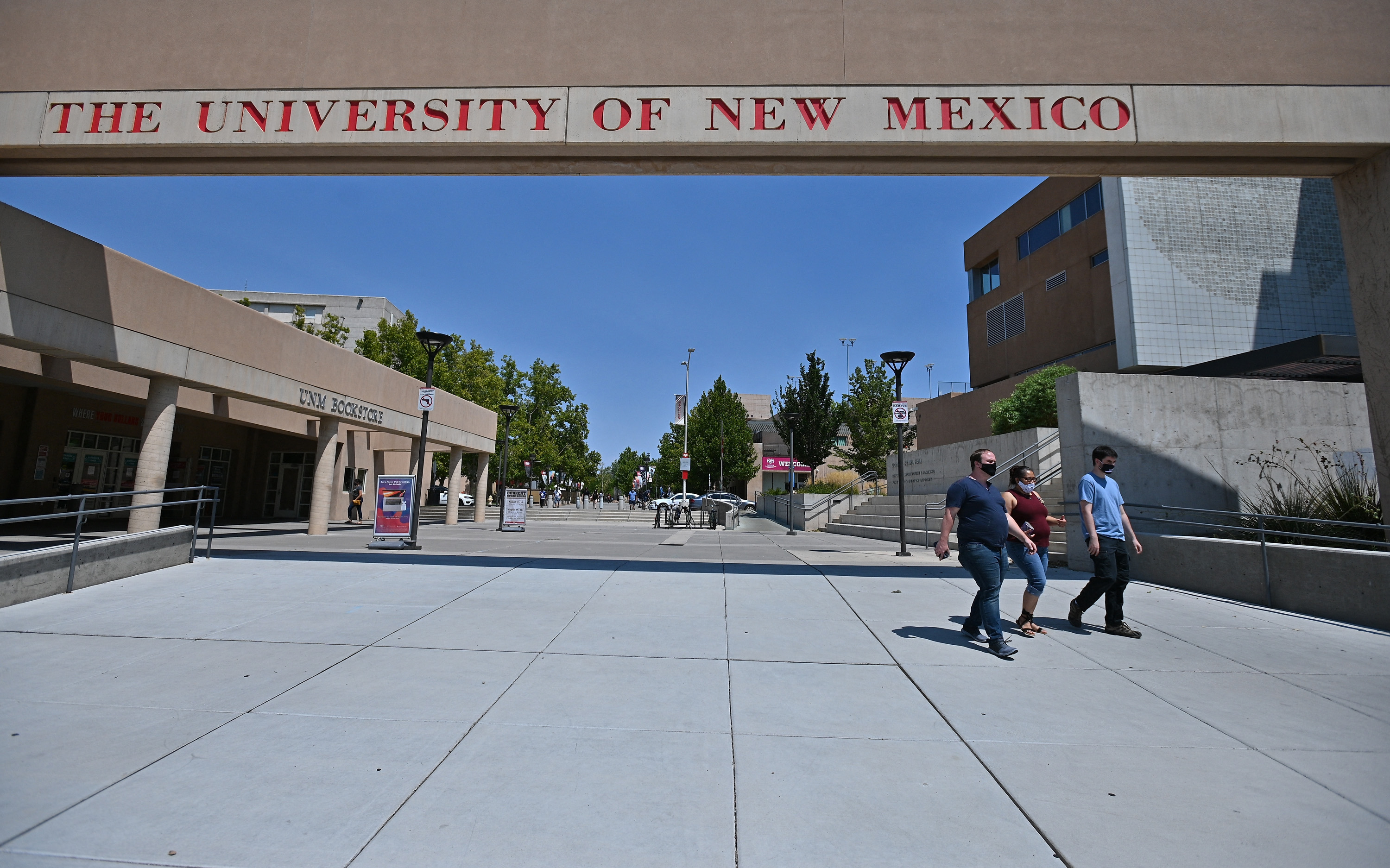 “Signing this legislation sends a clear message to New Mexicans that we believe in them and the contributions they will make for their families and the future of our great state,” Lujan Grisham was quoted saying in a statement.

One of the poorest states in the US, New Mexico is now the second-largest oil producer in the nation, which sparked a new financial boom in the state. Oil royalties would fund an economic resurgence in several industries, including higher education, The New York Times reports.

Opposition to the free tuition programme mainly stemmed from concerns about maintaining funding amid fluctuating state revenues due to volatile oil prices, and the possibility of brain drain once graduates who enjoyed free tuition leave the state for greener pastures. Yet, the incentive couldn’t have arrived at a better time for tertiary institutions in the state, which also suffered a dip in enrolment.

“The timing of this, in some ways, is very fortuitous,” Dr. James Holloway, provost of the University of Mexico, told The New York Times. Referring to the number of students who left their studies during the pandemic, he remarked that the state’s programme could give an added competitive edge to pull in-state students weighing admission offers from other US universities.

While institutions in other states such as Michigan and Texas are experimenting with greater tuition coverage, it remains to be seen if other public US universities and colleges will follow suit. At a time when education has lost its promise as a great leveller, the US will need more than just platitudes and loan extensions to convince students that degrees are still worth pursuing.