As the Russia-Ukraine war continues to develop, international students who have managed to find refuge in neighbouring states or their home countries are faced with yet another predicament: that of transferring to another university to complete their education.

Students who have successfully fled Ukraine are reportedly finding it difficult to find institutions to transfer to and complete their degrees. Many were in the midst of pursuing their Bachelor of Medicine and Bachelor of Surgery, or the MBBS.

Before the war, Ukraine was home to more than 76,000 international students, with most students coming from India and Africa. It was a popular study destination for many reasons, including its affordable tuition fees for programmes in medicine, feasible student visa requirements, and a gateway to European residency.

Amid the war, many are abandoning their universities in Ukraine for their safety. According to Al-Jazeera, more than 10,000 Indian students have been evacuated from conflict zones, and 2,179 Egyptians at Ukrainian universities have filed for permission to transfer to local universities.

Some governments have stepped in to help students affected by the crisis to complete their education. For instance, Indians who completed their MBBS in Ukraine but were unable to finish the mandatory 12-month internship as part of their programme are being offered places at local medical college hospitals.

In India, the internship is mandatory for students to practice locally, but the National Medical Commission (NMC) relaxed regulations around medical studies for “compelling” situations like a pandemic or war. 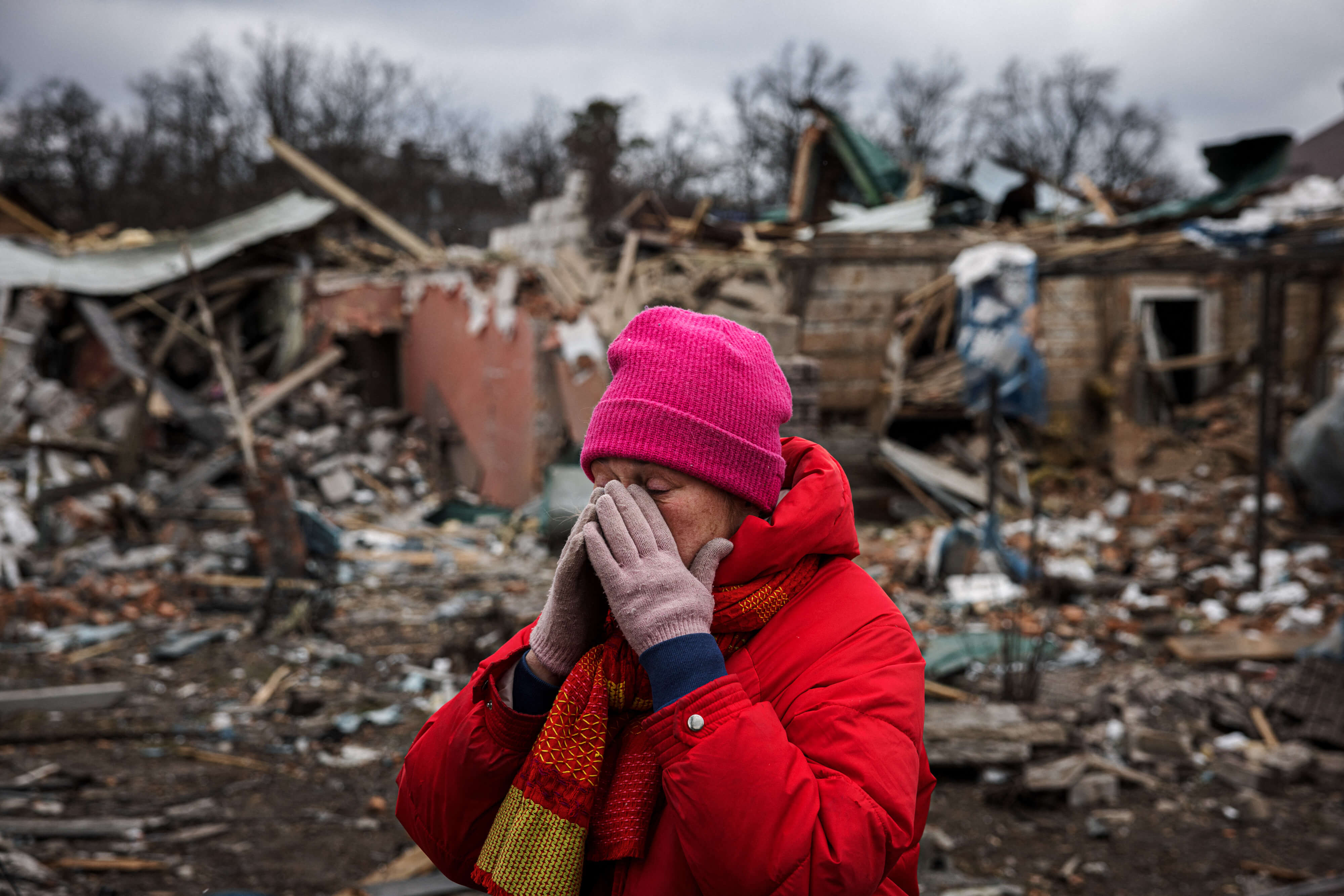 Students have had to flee Ukraine and are now finding themselves displaced with nowhere else to go. Source: Dimitar Dilkoff/AFP

Still, the abrupt evacuation of thousands of students has presented a set of issues.

“The situation happened all of a sudden,” Rahma Hassan, an Egyptian student pursuing her MBBS in Ukraine, told The PIE News. “No-one was actually predicting it, we didn’t think it would really happen. So we just had to flee. We didn’t have any transcripts or any evidence that we were studying in a certain faculty at a certain university.”

Because of this, thousands of students are left without evidence that they ever studied their MBBS in Ukraine, making it difficult for them to find alternative institutions to complete their education at.

If you are studying abroad, at the end of each semester, request for your academic transcript either the student or official copy. The former is free while the latter is at a fee. You never know when you will use it especially for credit transfer as in the case of Ukraine.

In Egypt, only 941 students who filed to transfer to local universities have proof of their enrollment in a Ukrainian institution, reported Ahram Online. Minister of Emigration Nabila Makram says Egyptian universities are unable to accept students without it.

At the moment, students have been granted three months to obtain the necessary documents, which they must submit at the ministry’s headquarters. On top of that, students must show on their passports that they have residence permits stamped before Feb. 24, 2022, which marks the first day of the Russia-Ukraine conflict, as well as the certificates of the courses they had previously taken. Students in medicine, dentistry, pharmacy and engineering programmes must go through college entrance tests.

Separately, Indian students who do have access to their transcripts may not be unable to transfer to local universities because of a difference in curriculum and academic standards. This would make it difficult for a second-year MBBS student to continue schooling at an Indian university at the same level, for example. 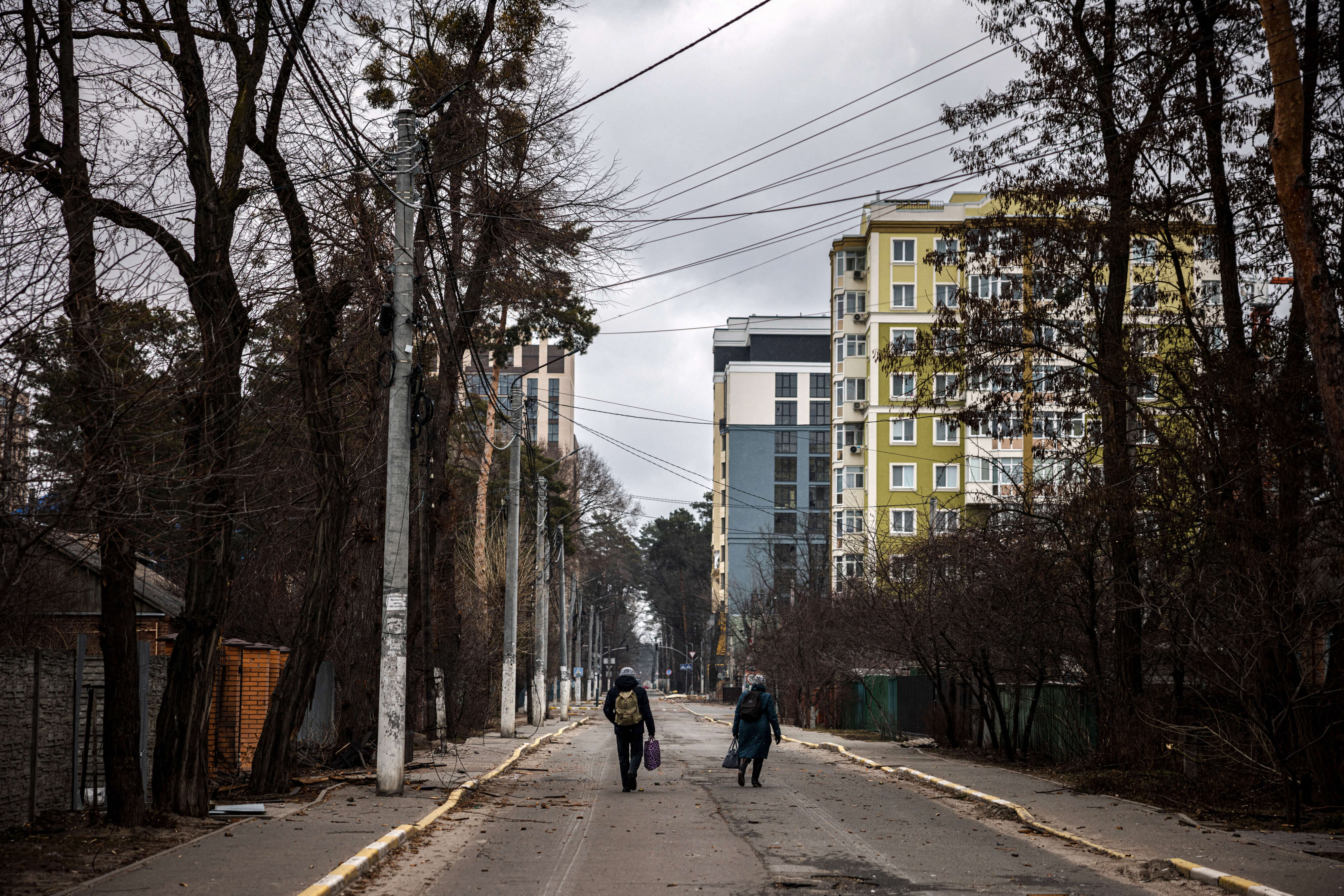 Students don’t have access to their academic transcripts, preventing them from transferring to local universities. Source: Dimitar Dilkoff/AFP

“In each university system, students are taught a certain number of hours of medicine, surgery, gynaecology, etc.,” Dr. Rajiv Ranjan Prasad, Dean of Medicine and Education at Aryabhatta Knowledge University and former inspector of affiliation with the Medical Council of India, was quoted saying by The News Minute.

“These hours have to be balanced with the Indian norms. Ukraine follows the American pattern of medical education, we follow the British pattern. Subjects taught there in the first year might be taught here in the final year and vice versa. So the corresponding courses for each batch can be difficult to establish,” he continued.

Experts added that should Indian students at Ukrainian universities be allowed to transfer to local institutions, there would have to be a screening process to assign students to different colleges, a revision of fee structures, and additional training for them to adjust to the national curriculum.

In a public declaration of support for those affected by the Ukrainian-Russia war, universities in Poland and Hungary have opened their doors to students who are unable to continue their education at their original institutions.

“Dear university students who escaped from Ukraine in the middle of your studies, please know that you are very welcome in Helsinki to continue your studies with us,” a professor at the University of Helsinki tweeted. “No entrance exam, no fees.”

Please share with fellow friends and students, If anyone wants to transfer their Medicine studies from Ukraine to Polish university without losing their achieved credits from Ukrainian university.#student #UkraineRussianWar #PolandFirstToHelp #MedicalStudent #Ukraine pic.twitter.com/MSWwjktEqK

In Portugal, the Group of Lasers and Plasmas have offered a one-year research fellowship for students and researchers from Ukrainian universities, as well as the chance to have tuition fees covered should students choose to transfer to the Instituto Superior TÉCNICO and the University of Lisbon.

#PORTUGAL 🇵🇹: @golp_ipfn offers full research fellowships (MSc, PhD, post-doc) for 1 year for students and researchers from 🇺🇦. We will also cover tuition and fees for transfers to a degree at the @ISTecnico/@ULisboa_.

According to Makram, 862 Egyptians have successfully relocated to universities in Poland as of Thursday. Prasad suggested that the Indian government could help finance their education should students choose to finish the rest of their degrees in Europe.