While we’re still reeling with new Omicron variants surfacing in multiple countries, the monkeypox outbreak has just been declared a Public Health Emergency of International Concern (PHEIC) by the World Health Organisation (WHO).

WHO released a statement on July 23, 2022 following a meeting last Thursday with its expert committee, where a split decision of nine against six members voted in favour of the declaration.

According to the UN health agency, a PHEIC status would allow high awareness to stem the transmission of the monkeypox virus, and bolster international response in coordinating vaccines, research, and mitigation of socio-economic impacts brought upon by a public health crisis.

🚨 BREAKING:
“For all of these reasons, I have decided that the global #monkeypox outbreak represents a public health emergency of international concern.”-@DrTedros pic.twitter.com/qvmYX1ZBAL

Monkeypox outbreak: What is it?

If you’re just catching up on monkeypox news, you might be wondering how it will affect your study and travelling plans for the fall semester. For outgoing students arriving in the US and the UK — where cases currently number in the thousands — knowing all the right facts beforehand will dispel a lot of misinformation about the virus.

Despite its recent upsurge in media coverage, a monkeypox outbreak isn’t new. It’s a viral zoonotic inflection, which means that it can spread from animals to humans, and person to person. The current strain is particularly worrisome due to its widespread occurrence in multiple countries, with Europe identified as the epicentre recording the highest number of infections.

How it is spread

According to WHO, virus transmissions occur from one person to another through close contact with lesions, body fluids, respiratory droplets, and contaminated materials.

The Centres for Disease Control and Prevention (CDC) explains that respiratory secretions can be spread through prolonged face-to-face or intimate physical contact. Pregnant women are also at risk of transmitting the virus to their foetus through the placenta. 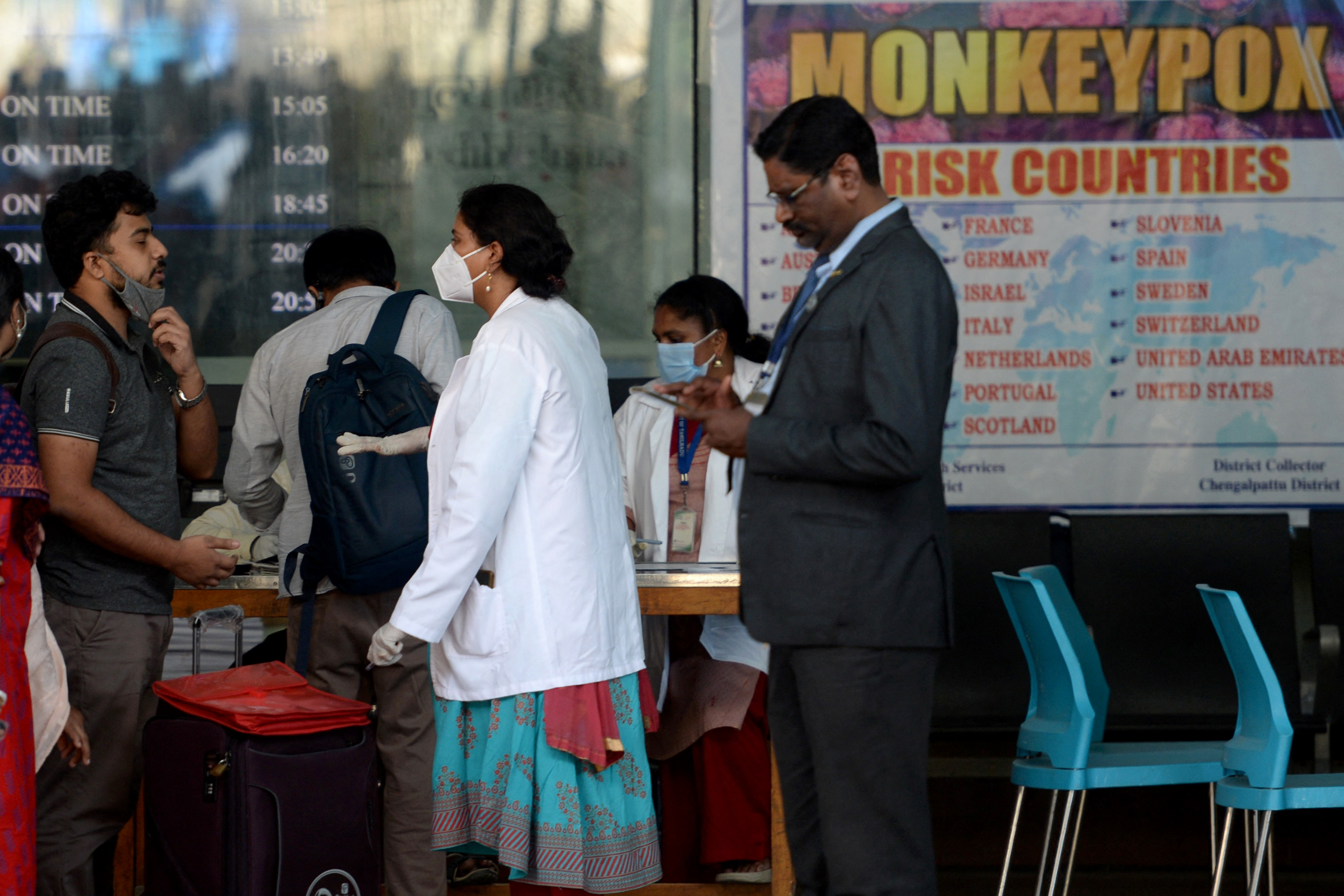 Monkeypox is spread through prolonged direct contact with the infectious rash, scabs, or body fluids, as well as respiratory contact. Source: Arun Sankar/AFP

Symptoms and treatment of monkeypox

Some common symptoms of monkeypox include:

The symptoms usually show one to two weeks after an infection, and vary according to patients. Some only get the rashes, while others have them before other signs such as fever or headaches start appearing, according to the CDC.

The current West African strain of the virus has an extremely low fatality rate, with 99% chance of survival. Those who are pregnant and breastfeeding, immunocompromised, or children under eight years old are more likely to be gravely ill from the infection, with increased risks of death.

If you suspect you may have monkeypox, isolate yourself first to prevent spreading it to someone else. Go to your campus or nearest clinic to get assessed. You may get screened for monkeypox through a PCR test if your healthcare provider suspects that you’ve had close personal contact with an infected patient. However, it’s important to note that testing capacity is still very limited at this point.

Monkeypox will usually go away on its own without the need for treatment. Similar to coronavirus precautions, always keep your hands clean, and avoid scratching your rashes. Rashes can be cleaned with an antiseptic, and the skin must be dry and exposed to encourage healing. 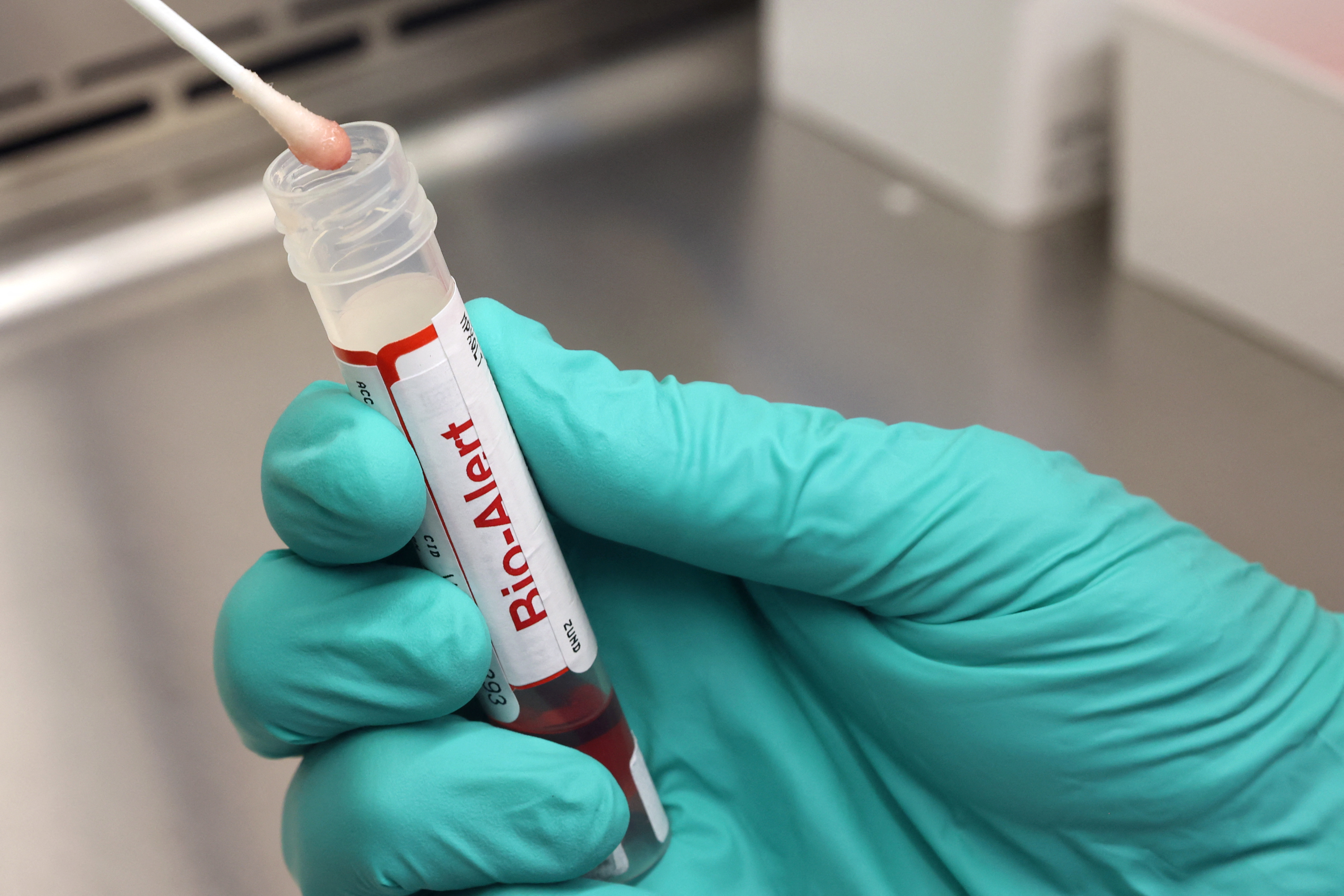 Will it be covered under student insurance?

A general health insurance typically covers virus-borne infections, so you likely have coverage for monkeypox treatment under your student health plan. In any case, it’s better to contact your insurance provider to confirm the terms and conditions of your coverage.

A new vaccine has been developed to counter the current smallpox wave, which has better efficacy than smallpox vaccines used to treat the virus previously. Check announcements from your campus or local clinics if you’re eligible for a vaccine and how to get one.

Before finalising travel plans, use this global map of monkeypox cases to assess the situation in your study destination. Most of the nearly 17,000 cases detected so far are in Europe, so if that’s where you’re heading, consider getting travel insurance for adequate coverage before settling in your new home abroad.

There are no restrictions on foreign travel just yet, so you don’t have to worry about clearing health check-ups for monkeypox before departure.

Several universities in the US have reported positive monkeypox cases, and are cautioning their students to remain on alert. They are:

All patients have been isolated off campus and are receiving treatment. Universities have warned community members that vaccines are still limited in supply, so if you’re a current or incoming student of these campuses, you’ll need to exercise caution and maintain physical distance from others.