When it comes to cricket, there’s no doubt that Rohit Sharma is a name that comes to mind. Recently, the celebrated captain of the Indian national team paved the way for victory in the first ODI against England, winning by 10 wickets — and doesn’t seem to be slowing in momentum anytime soon.

This is evident by his backlog of impressive titles, wins and achievements. Sharma is captain of the Mumbai Indians team in the Indian Premier League; is the first player in ODI history to have scored three double hundreds; and won five IPLs in its first 12 editions. On the field, he’s renowned for his methodical and calm leadership and decision-making style, one which has proven to be effective time and time again.

With this, it’s clear that the 35-year-old is a force to be reckoned with — but, as is the case for most great sportsmen, wild success is often preceded by years of tireless practice. Rohit Sharma is no different. The cricketer recognised his passion for the sport as early as 1999 — when he was just 12 years old.

From there, he joined a cricket camp with a scholarship from his uncle and began practicing and playing in school tournaments and after classes. His career has since skyrocketed, leading him to eventually play for his country and later on, internationally.

What, then, can students learn from Rohit Sharma and how he rose to the top of the cricket chain? Here’s a round-up of his prominent quotes on success, and how you can leverage this to your advantage in your own life and career. 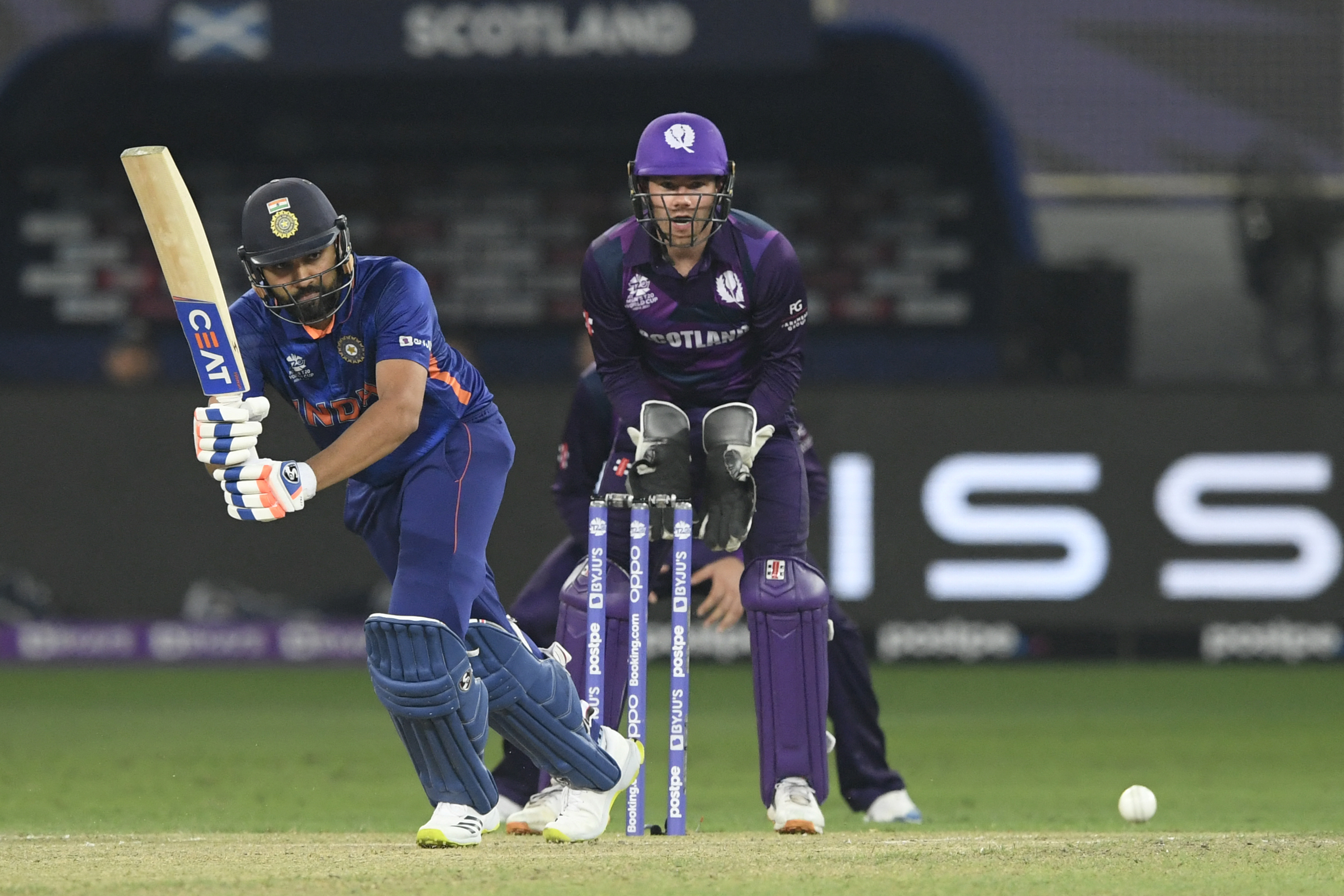 Rohit Sharma on hard work, success and achieving your goals

“No matter how talented or naturally gifted you are, there’s no substitute to hard work if you have to maintain standards.”

If you follow the career of any wildly successful individual — from sportsmen to entrepreneurs and actors — you’ll be familiar with this saying. Most of the time, success is hard-earned.

Rohit Sharma himself had dedicated himself to his craft for most of his childhood, spending hours practicing his batting during school, at cricket camps, and in his free time. He began playing professionally in 2005, when he was only 18 — though clearly, this was a feat he managed to achieve because of his consistency and commitment to improving his skill in the sport.

It’s an attitude that the Indian national has maintained throughout his career. He famously commented on the fact that he “hates the word talent”; when asked why, he simply said, “I’m not talented, I worked for everything I have.”

This shows that while stories of overnight success and fame are becoming more common in our social landscape thanks to platforms like TikTok, most of the time, you need to dedicate time and effort to improving yourself and building your skills if you want to achieve your goals.

Because I’m not talented, I worked for everything I have

Motivation is a crucial aspect of achieving your goals. In Rohit Sharma’s case, he was driven by a desire to play cricket from a young age — prompting him to compete in school tournaments and more.

However, his advice here doesn’t centre around having one lifelong goal to move towards. Instead, he says it’s more effective to have smaller goals that are attainable within a shorter span of time.

“I don’t set any long-term goals as such, I don’t think it is such a good idea,” he told NDTV Sports. “But it is important to have immediate, short-term goals. … My goal is to score as many runs as possible and help the team do well, but I don’t set number-oriented goals.”

You can adopt a similar mindset, too. For example, instead of aiming to score a first class or a 4.0 GPA at the end of your academic year, you should divide this up by determining what grades you’d need for each individual assignment. This way, your long-term goal will become more feasible and within reach. 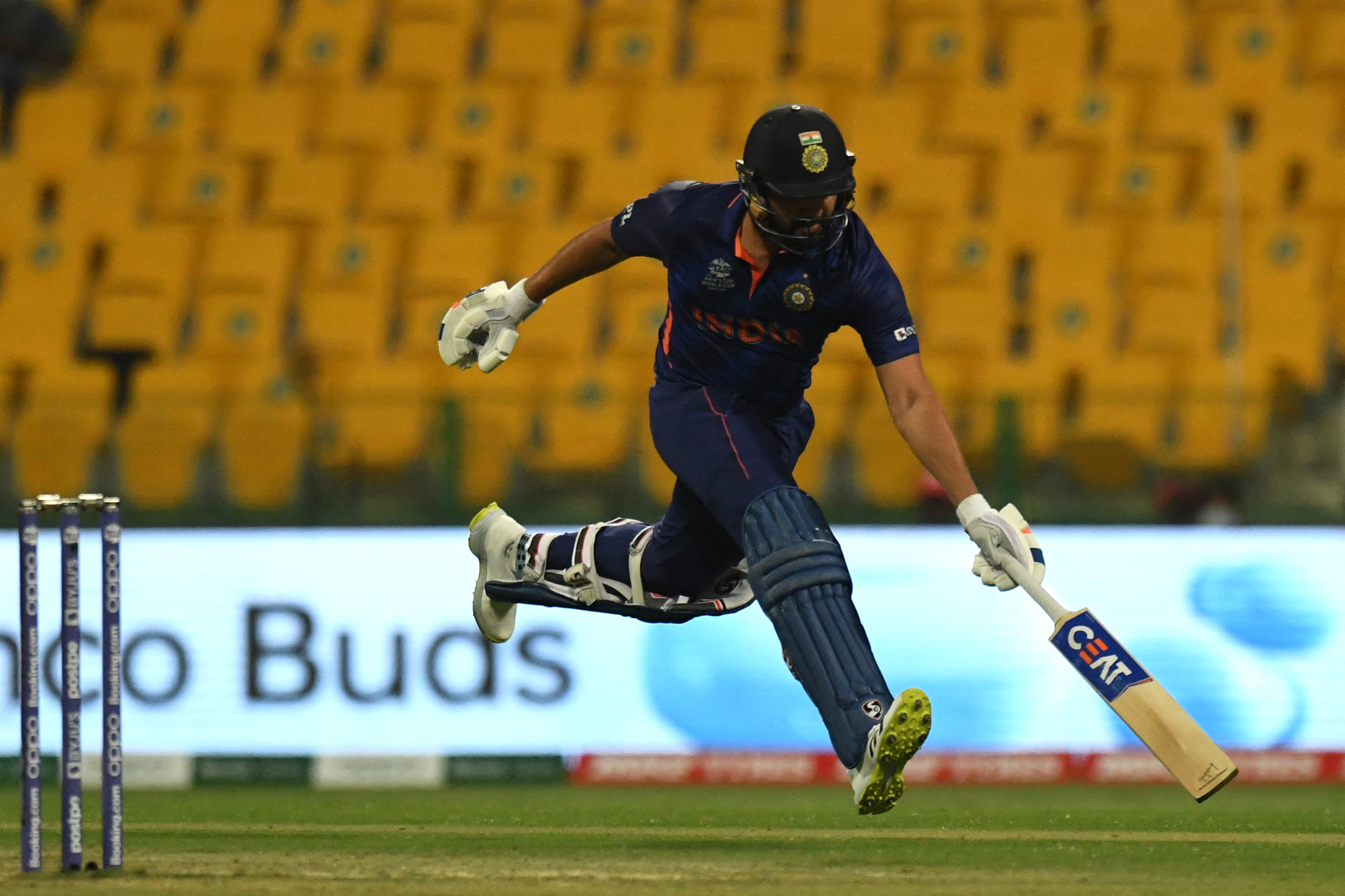 The secret to Sharma’s success? Setting smaller goals that are attainable within a shorter span of time. Source: Indranil Mukherjee/AFP

“Comebacks are not at all easy. … The difficult part is to conquer the inner demons. It’s all in the mind. Only an individual can overcome his fears.”

For every sportsman, maintaining one’s health is a crucial part of the job. After all, a player’s ability to perform in their sport is determined by how fit and healthy they are — creating a real fear of even the most minor illness or injury.

Rohit Sharma experienced this setback in 2017, when he was forced to miss out on six months of cricket due to a major hamstring surgery. He didn’t let this faze him — instead, he focused on his recovery to ensure he could return to the field in top condition.

The same can apply to students, even if in a different context. Failing an exam, for example, can be a huge blow to your confidence and lead you to believe that you wouldn’t be able to perform well for your next few assignments. In this, you should remember that your mind is your biggest enemy — once you rewire your thinking to exclude negativity, you will no doubt succeed once you put in the hard work.