When first-class honours students make their way onto the stage to receive their scroll, they do so with pride and huge smiles. For Malaysian-born Millen Lau, it was bittersweet — the culmination of a long grief process. She poses for a photo on graduation day alone — without her father, one of the most important people in her life.

He passed on the night she arrived in London to begin her final year of studies at The London School of Economics and Political Science (LSE). She grieved, feeling as if the odds kept stacking on her non-stop. Personal troubles, not being able to attend her father’s funeral, being thousands of miles away from home and not having her family members with her — it all came crashing down.

Had it not been for her friends at LSE, she would have soon caved. But with their support, and student peer assistants, Lau would go on to muster through one of the most turbulent times of her life. 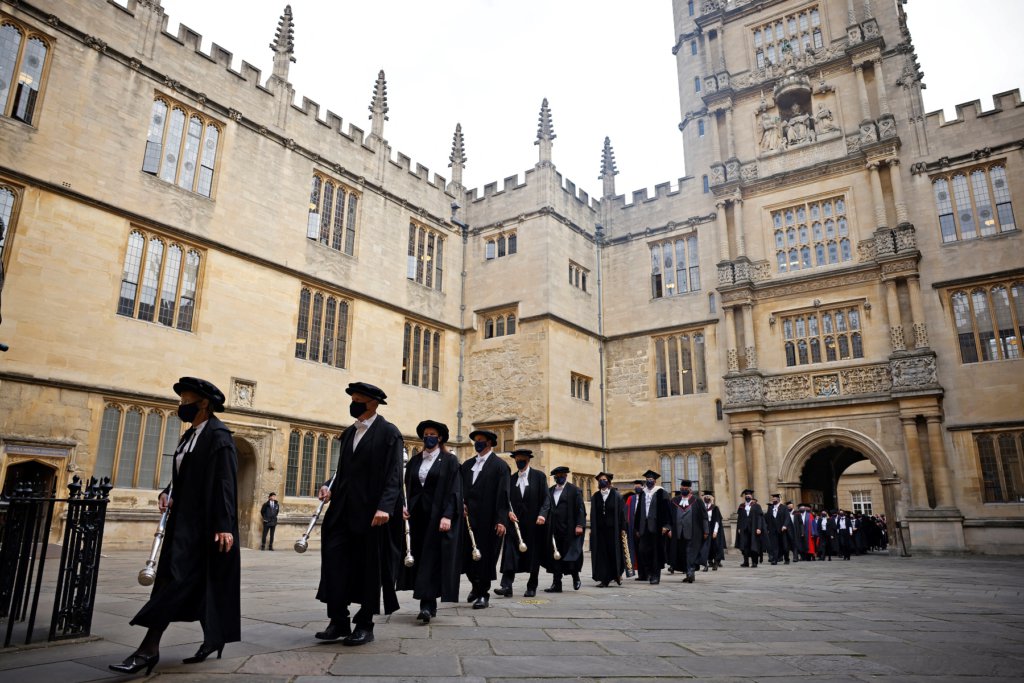 Lau’s grief process tested her, as she was far from home and had to meet the expectations of a top university. Source: Tolga Akmen/AFP

Like many international students, Lau’s parents paid for her UK degree. Fees start at 10,000 pounds, 83% of a Malaysian household’s median income — for an entire year.

It took a lot of sacrifices to put Lau and her two younger siblings through university. Lau’s father did it, while battling cancer. “I know it’s a financial burden that not many parents are willing to bear, especially when one of them is terminally ill,” she says. “My dad even kept his cancer a secret from us until the very end — he had been battling cancer for the last four years but didn’t want his kids to know because he thought that it would affect our ability to focus on school.”

“He was a firm believer that great education could open many doors for us in the future and was the one who inspired me to pursue my studies in LSE,” she tells Study International.

Referring to him as her driving force, Lau says that her father’s sacrifices kept her moving forward. She knew that he would give anything to see her graduate and lead a happy life, which was why she fought hard to keep the dark thoughts at bay: “I did everything I could to distract myself from the pain. I went to classes, submitted my assignments on time and reached out to people for help. It wasn’t easy, especially when I caught Covid and had to be isolated for three weeks.” 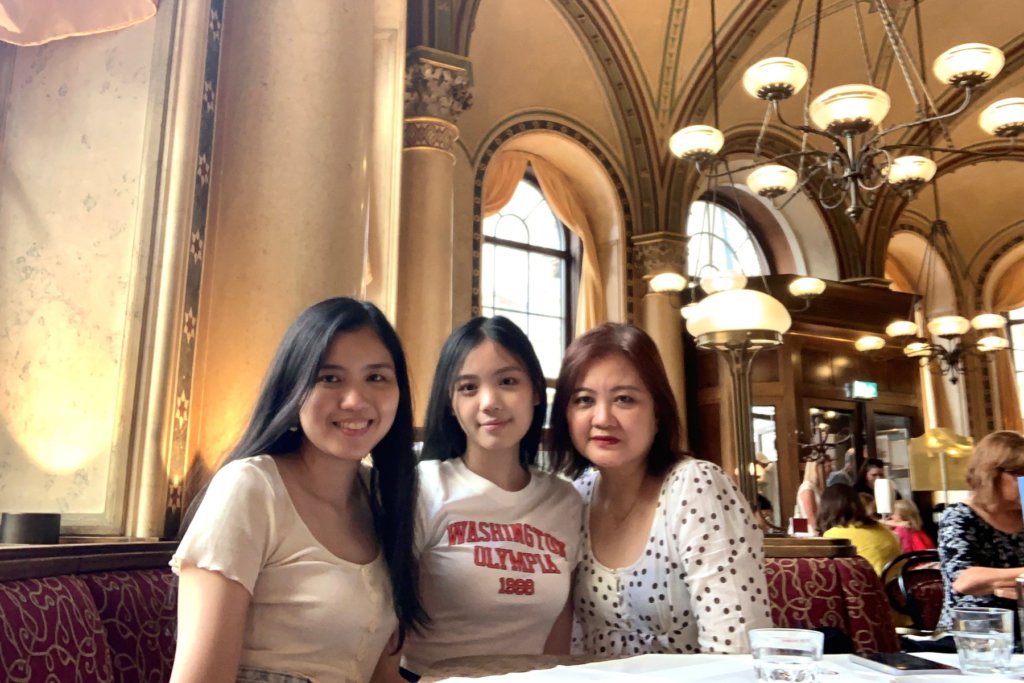 The first class honours graduate poses with her mother and sister at Cafe Central in Vienna. Source: Millen Lau

Lau’s hard work paid off. Last year, she graduated from LSE with first-class honours. She took to LinkedIn to express her joy: “I decided to share this today because I’m proud of how far I’ve come. It may only appear as a line on my CV but the story behind it is worth noting. To those of you who are struggling, I pray that you will become a stronger person because of this. Life is full of uncertainty but in the words of my dad, you can only be hopeful.”

Now, the first-class honours graduate is based in London, where she interned at Ernst and Young (EY) during the summer. Back in her home country, Lau had her fair share of once-in-a-lifetime experiences too. She was actively involved in FLY Malaysia — a non-profit organisation aimed to improve the financial literacy of youths in the country. It was there that she got the chance to spearhead content creation as a Research Director and work with a diverse team of students to publish articles related to her field.

“[Interning] is a great learning experience for anyone looking for their first steps within the industry. I believe the most important thing to keep in mind here is to have passion and curiosity for the role you are signing up for. You’re not expected to know everything on the first day,” she advises.

Lau may be thriving now, but life was not always smooth-sailing for her. Attending one of the world’s top universities was a challenge all on its own, especially for the girl who once dreamed of becoming a chemist. Her late father persuaded her pursue accounting and finance and the interest only grew after she participated in clubs and went for her internships.

“The turning point for me was my internship at a stockbroking firm during the pandemic,” she says. “It was there I was able to understand the importance of having a background in finance and learn how markets were affected by COVID-19.” 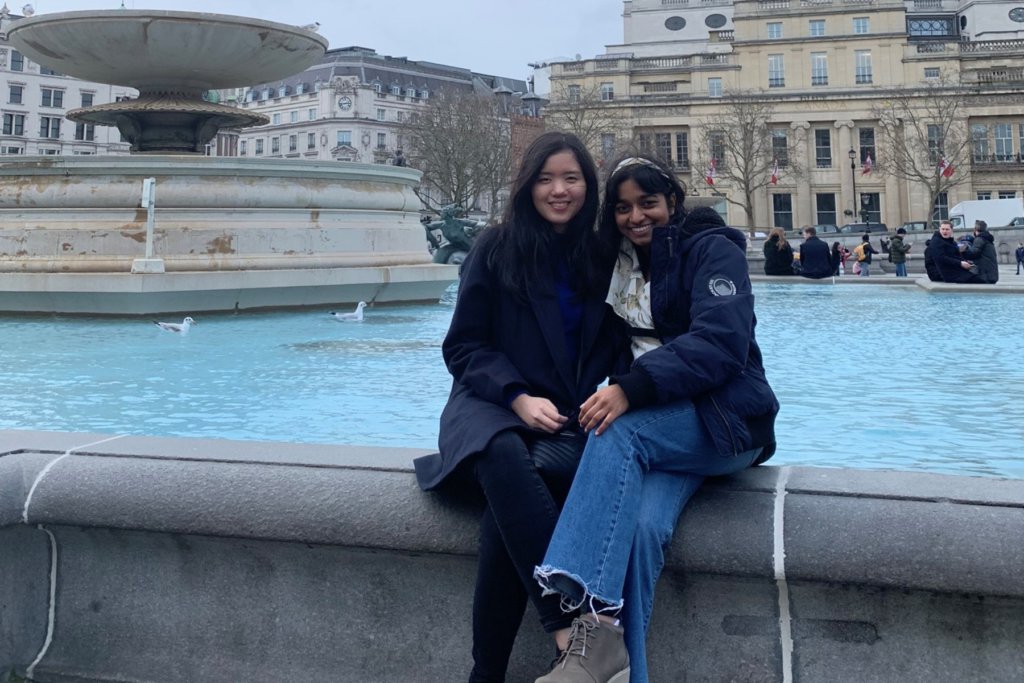 A friend and Lau exploring London together in their first year of university. Source: Millen Lau

LSE was a natural choice

That was not the only pull factor for her. The 22-year-old chose the Russell Group institution for its global reputation in the social sciences. “The students there also stood out to me. LSE students are known to be highly career-driven people — many of them are part of societies which run various professional events throughout the academic year which help other students with their internship applications and connect with industry leaders,” she says.

Before you apply to study abroad, be ready to meet the challenges, cautions Lau. Homesickness was not something she personally faced but is one of the most common problems that could befall an international student. The LSE graduate persevered despite the challenges she faced because she knew a UK education will benefit her in the long run.

“I chose to study in the UK because I felt that having an internationally recognised degree could pave the way for many job opportunities across the world. In the UK, most classes emphasised more on discussing case studies or reviewing relevant literature,” she explains. Her advice? “Just be prepared to live independently. You would have to cook for yourself, complete your own chores, and solve your own problems.”