Are you a Nigerian student keen on studying overseas? A new scheme offering 111 scholarships to Turkey might just be your ticket towards that goal. Thanks to the efforts of The Association of Nigerian Students in Europe (ANSE), more students will be able to realise their dream of a foreign education in the near future.

From a press conference in Abuja last Wednesday, ANSE President Bashiru Saidu Muhammad confirmed that the scholarships will be allocated to three students from each of the 36 states in Nigeria, including those from the Federal Capital Territory (FCT).

“These scholarships will be channelled through various ministries of Education and Scholarship Boards,” he was quoted saying in Independent Newspaper Nigeria. “A few slots will also be offered to various stakeholders, and there will be more to come. We wish to also inform Nigerians wishing to study abroad that we will come up with a programme where they can apply and get these scholarships directly from us.”

Muhammad noted that ANSE has been advocating for the welfare of Nigerian students at home and abroad by offering financial and technical support. The organisation has aided many Nigerian students in landing thousands of scholarship opportunities over the years with the help of partner institutions in Europe, including the United Nations.

So far, ANSE hasn’t disclosed further details of the new scholarships to Turkey, such as application period and eligibility criteria. The organisation remarked that there are over three million Nigerians studying in Europe at the moment, and highlighted its commitment to ensure that these students are cared for to realise their full potential. 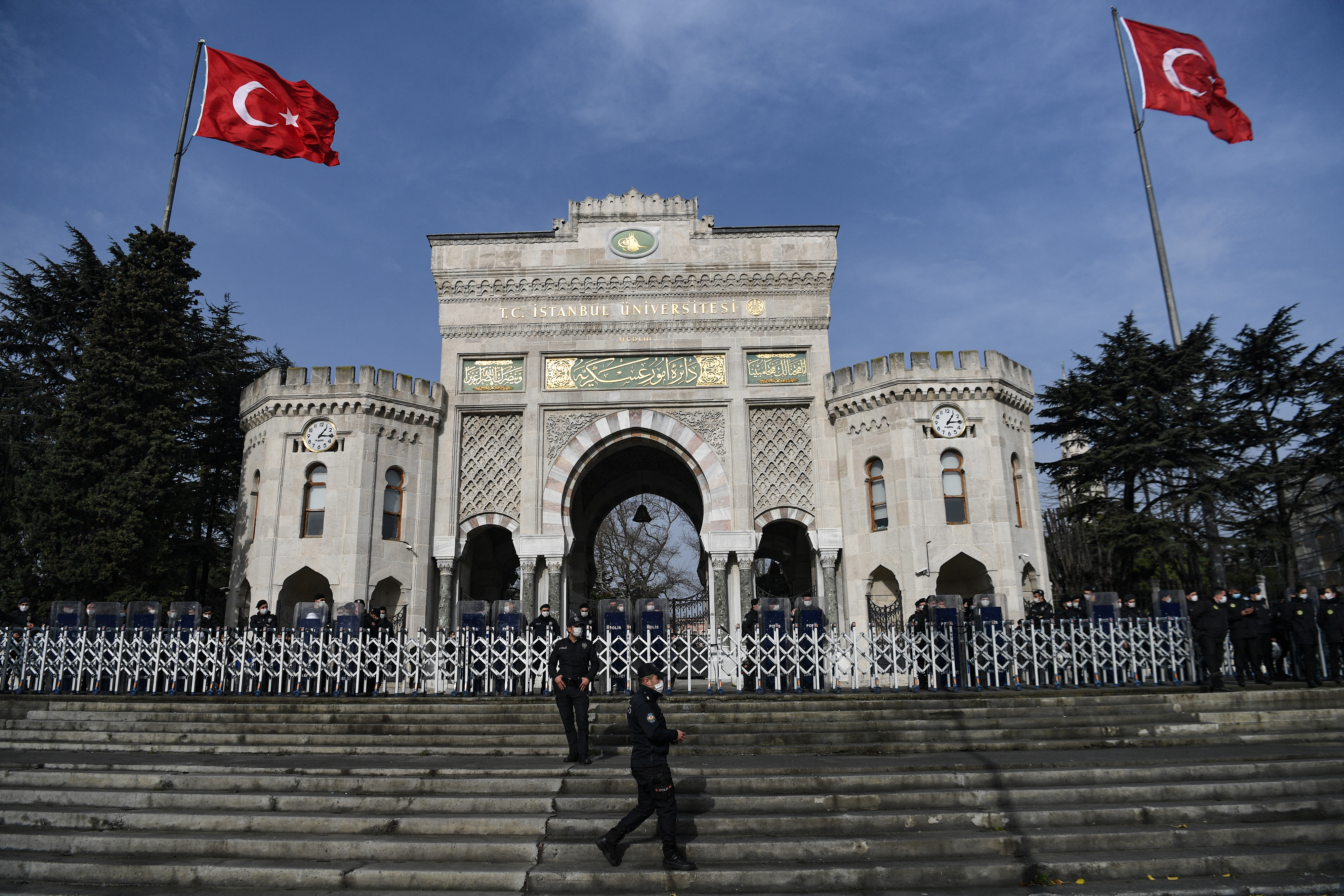 Turkish universities are known for their quality education and affordable tuition, which have boosted their reputation in international higher education as fierce competitors to European and North American universities. Source: Ozan Kose/AFP

Scholarships to Turkey: A golden opportunity for Nigerians

Turkey may not be the first study abroad destination that comes to mind, but this Eurasian country has in fact been a hotspot for African international students in recent years. Thanks to soft power diplomacy, educational exchanges between Turkey and African countries have grown exponentially, attracting thousands of students from the continent to major cities like Istanbul, Ankara, and Izmir.

A number of factors have bolstered Turkey’s reputation as a prime study location for African students. Its offerings in quality education have emerged as a cheaper alternative to Western post-secondary institutions. Attractive and generous scholarships, in addition to less restrictive visa policies all add up to draw more African students to the country.

Beginning in 2005, Turkey has also openly pursued “Afrika Açılımı” (“Africa Opening”) as a major campaign in its foreign policy. Nigerian students in particular have benefitted from this diplomatic exchange even years prior, as scholarships to Turkey have been granted to them since 1992.

In his speech at the Turkey-Africa partnership summit in January this year, Turkish President Recep Tayyip Erdoğan said the country awarded over 14,000 scholarships to Turkey for African students, and trained nearly 250 African junior diplomats to serve in various administrative roles. 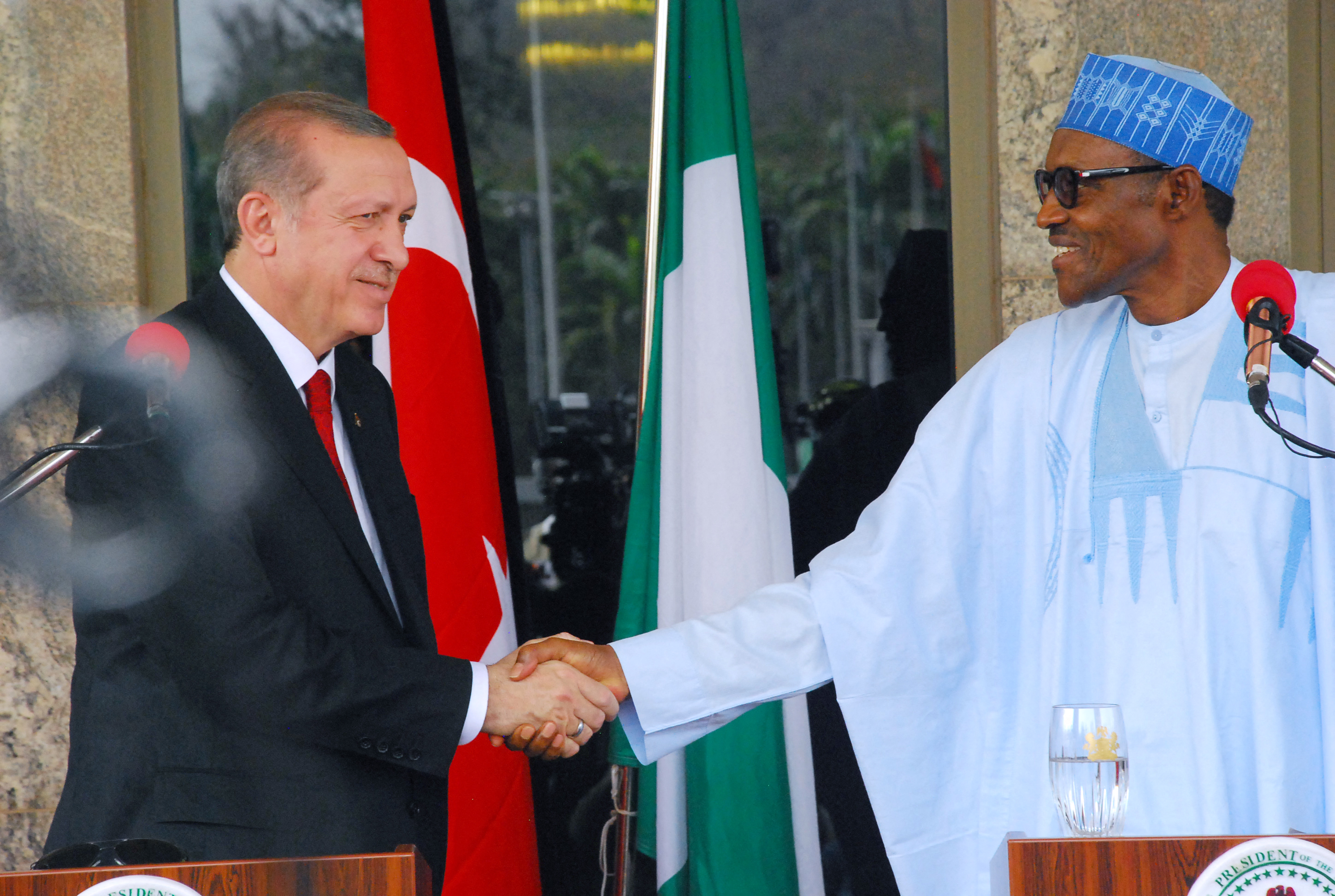 Turkish-African relations have markedly intensified since 2005 due to Turkey’s foreign policy to exert soft power in the continent through trade, humanitarian aid, military assistance, and educational exchanges. Source: Philip Ojisua/AFP

However, Nigeria was at the receiving end of unwelcome news last week when it was abruptly removed from Turkey’s list of countries eligible for electronic visas. Applicants have reportedly been barred from accessing e-visa services, and were instead advised to visit the Turkish Consulate in person for any visa issuance.

The sudden change, which came unannounced, drew the ire of many Nigerian travellers. The temporary suspension is suspected to have stemmed from security concerns following attacks on a custodial centre in Abuja on July 5, 2022, Leadership News reports.