University life is challenging enough on its own, but not having a roof over one’s head places an untold burden on young students in their transition into adulthood. As finding housing in Toronto feels more impossible due to skyrocketing rental costs and lack of supply, students are now being pushed to homelessness at an alarming rate in the city.

According to Bloomberg, close to one-third of the residents at Covenant House Toronto — a shelter for at-risk and houseless youths — are made up of college or university students.  “It’s very much a trend that has mirrored the affordability issues with rental housing in Toronto,” Mark Aston, the shelter’s Executive Director, told the news portal.

The student homelessness crisis has festered for years, says Aston, who mentioned that the numbers have gone up from 26% in 2019. It paints a grim picture of Canada’s largest city, where striving for the best educational opportunities comes at a great personal financial cost.

It’s nothing new for rental demands to amp up near universities closer to the academic year, but securing housing in Toronto has proven to be near-impossible for students. With one of the most expensive real estate markets in North America, a one-bedroom apartment in Toronto now averages around CA$2,269 — a 20% increase from last year, Bloomberg reports.

Rents are not the only expenses that come at an exorbitant price in Toronto. Thanks to record-high inflation in the country, students are feeling the pinch of city living more than ever.

A study by Youthful Cities revealed that young people cannot afford to live in Canadian cities anymore: those between 15 to 29 years old are living on a deficit of CA$750 monthly. Those within this age bracket will need to forsake entertainment, transportation, and eating out just to break even in order to survive in urban areas — which all deprive them of core experiences for a balanced life outside of school.

Working part-time while studying isn’t a tenable solution either. The report found that the minimum wage in all Canadian cities is not livable at all, with pay ranging from anywhere between CA$2 to CA$10. To live comfortably in Toronto, one would need just above CA$3,800 to keep up with rising expenditures, according to the study.

“Students in shelters, it’s a testament to the lack of policy and to the lack of investments into post-secondary to ensure that we’re prioritizing students,” Nemoy Lewis, Assistant Professor at the School of Urban Regional Planning at Toronto Metropolitan University, told STOREYS, a Canadian real estate news portal. 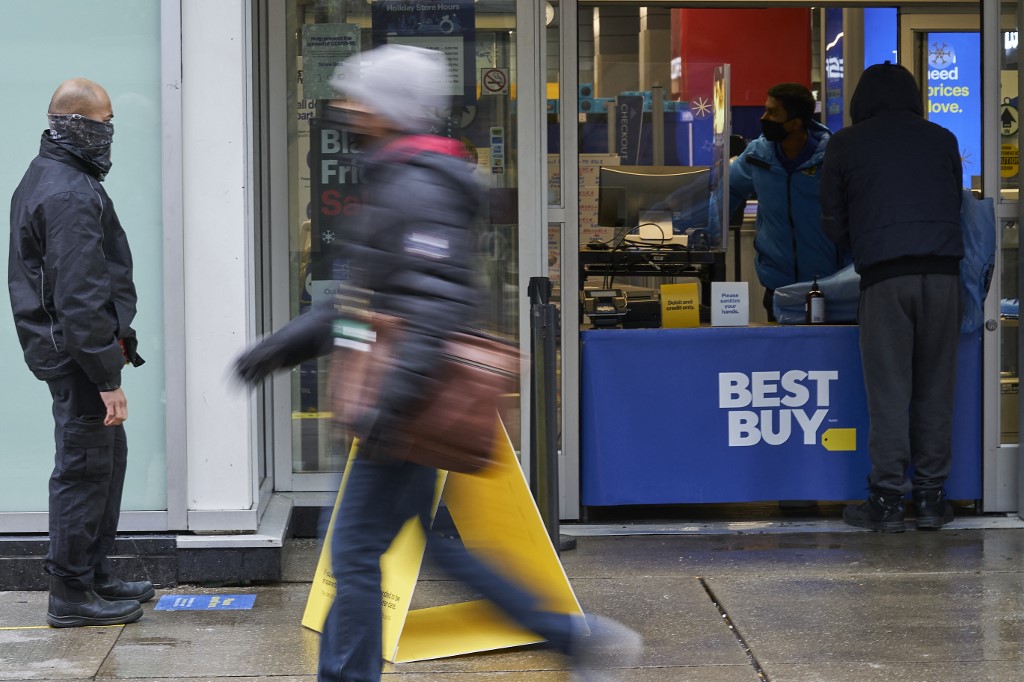 Part-time earnings of university students in Canada are insufficient to cover the needs of big city living. Source: Geoff Robins/AFP

While no exact data is available at the time of writing to determine the number of international students in shelters, multiple barriers exist for them to access housing in Toronto. University students from abroad are often targeted for rental scams, costing them thousands of dollars in the process.

Quoting a report published by a website of Lam’s company, the news site notes that listings flagged as suspicious by Liv Strategies have spiked to 2.8% compared to 0.8% in 2021. “There is an urgent need for Canada’s rental industry to take action to safeguard vulnerable renters,” the report read.