Suffolk Law School graduates make a remarkable impact on the region and the country. They went from students to game-changers, whether as the head of legal affairs of the New York Jets, the Chief Legal Officer of the Environmental Defense Fund, or the Head of Legal (Americas), TikTok.

Dubbed “an innovative force” by PreLaw Magazine, those who graduate from Suffolk Law stand out because they go on to make a difference. LLM alumna Janeth Moreno, for example, founded a boutique law firm in downtown Boston where she empowers immigrant communities.

Situated in the heart of Boston, Suffolk Law boasts strengths across multiple disciplines. It is the only law school in the US with four top-35 ranked legal skills specialties – clinics, dispute resolution, legal writing, and trial advocacy – in the US News and World Report for seven years in a row. Suffolk has also been named the No. 1 school in the country for legal technology since PreLaw Magazine began its tech rankings in 2018.. Its IP program is ranked No. 28 in the US.

Add a focus on practical elements needed for success on the job, and it’s little wonder students have gone on to make headlines in the Washington Post for their win against “one of the most litigious trademark warriors in the business” and on NBC and Telemundo for their free site helping people with emergency housing issues and domestic violence protective orders during the pandemic.

One of the programs that capitalize on this is the Master of Laws (LLM) degree. The “mid-sized” program boasts a faculty full of seasoned experts and practitioners. Many faculty have held high-ranking positions in government, the judiciary and corporations, ranging from Massachusetts Supreme Judicial Court Justices to senior counsel to the White House Council on Environmental Quality (CEQ) and a member of the Massachusetts Facial Recognition Commission. These faculty members provide their students with a legal education focused on real-world practice and experiential learning. Here are what some students had to say about the distinguished scholars who gave them life-changing moments in the law and helped them achieve extraordinary professional success: 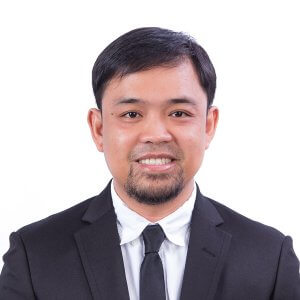 Now a trial court judge, Filipino-born Marty P. Cachapero’s most cherished moment as a general LLM student was when he worked as a Research Assistant for Professor Michael Rustad. Cachapero was given the rare opportunity to author a “practice pointer” section in the aforementioned professor’s Software Licensing book, which added much value to his resume.

He shares that working with the co-director of the Intellectual Property concentration was a rewarding experience – Rustad’s guidance, encouragement, and willingness to share his wisdom in various areas of the law eventually inspired Cachapero’s newfound passion for teaching. “When I returned to the Philippines, I immediately began teaching law as well,” he said.

For Cachapero, studying at Suffolk Law brought him an experience he would never have had in his home country – learning about antitrust law. “Although antitrust law has been in the US for a very long time now, the concept had not turned into a concrete law in the Philippines up until the year I graduated at Suffolk Law in 2014 with the passage of the Republic Act No. 10667, otherwise known as the Philippine Competition Act 2014,” he says. The course was taught by Elbert Robertson, who had served as a Special Antitrust Attorney for the Office of General Counsel (Competition Division) Federal Communications Commission, Washington D.C. 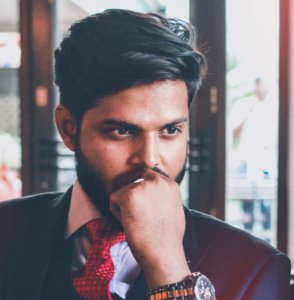 Close student-faculty relationships are possible due to Suffolk Law’s dedicated professors. Ankit Gupta, who hails from India, recalls fondly his work with Professor Elizabeth Stillman, who taught the US Law, Legal Reasoning, and Writing course. “From the first week, she gave us assignment after assignment that included analysis of fact patterns, synthesizing the rule, interpreting statutes and after just two weeks, we had our first quiz, which was surely a wakeup call,” he says. Although it was a struggle for Gupta back then, he now realizes that these assignments provided him with a strong foundation for drafting contracts and reviewing documents for his current workplace.

The professor also taught Gupta – now a Corporate Counsel for SoftBank Robotics America, Inc. – how to adopt a precise writing methodology, use proper terminology, and other skills needed to draft an extensive legal research paper. Thanks to Stillman’s extensive knowledge on subjects like criminal law and constitutional law, Gupta completed his comparative study research paper under her direct supervision, which allowed Gupta lots of personal attention and a final work product suitable for use as a writing sample. 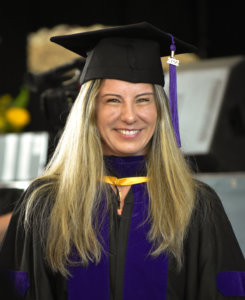 “I agree 100% with the assertion that Suffolk Law professors are the best,” says Tissiane Pinto de Souza. “Most faculty members have extensive professional experiences in addition to being subject matter experts. This allows the legal material to be presented in a very realistic, hands-on perspective.”

De Souza works for Rio de Janeiro State University as a Public Attorney, an opportunity she said was only possible due to the high standards of learning at Suffolk Law. “Prof. Renée Landers guided me on the intricacies of Administrative Law in the US, which improved my understanding about this area of law. The depth of her knowledge and her professional experience in this area of law are unmatched.” As the former Deputy General Counsel for the U.S. Department of Health and Human Services and as Deputy Assistant Attorney General in the Office of Policy Development at the U.S. Department of Justice during the Clinton Administration, Prof. Landers is able to bring real-world experience into the classroom.

Landers was only one of many faculty members who helped shape de Souza’s success – the latter confirms that learning from the best is what enabled her to build better legal constructions in many judicial and non-judicial processes. “By learning new rules and different ways to view some issues in society, I can work to better rebuild the legal system in my workplace by developing diverse and more coherent legal solutions,” de Souza explains.