Indian medical students in Ukraine whose studies have been affected by the war are reportedly receiving offers from universities from neighbouring countries. Still, issues such as the language of instruction and cost are proving to be an issue for those considering their transfer options.

Anubhav Chandel told The Times of India that he has paid his third-year fees in full at Vinnytsia Pirogov National Medical University, which has influenced his decision not to transfer his degree to an institution in a neighbouring country until receiving instructions from the National Medical Council.

“Most of us have already paid for the entire third year’s fees,” said Chandel. “In Ukraine, we had to spend around Rs 4 lakh, but in other countries, such as Poland, the cost of education would be more, as their currency is over eight times stronger than Ukraine’s.”

Another concern for Indian medical students looking to transfer to a neighbouring country include courses not being offered in English.

Kyiv Medical University student Swagata Sadhukhan told the daily that despite being swamped with calls, texts and emails from agents and coordinators of multiple institutions in neighbouring countries, she makes special reservations about the quality of education in those universities.

“We don’t know what the quality of education would be over there. We are in two minds whether to take up the offers right away and are, thus, opting to wait for a few more days,” said Sadhukhan. 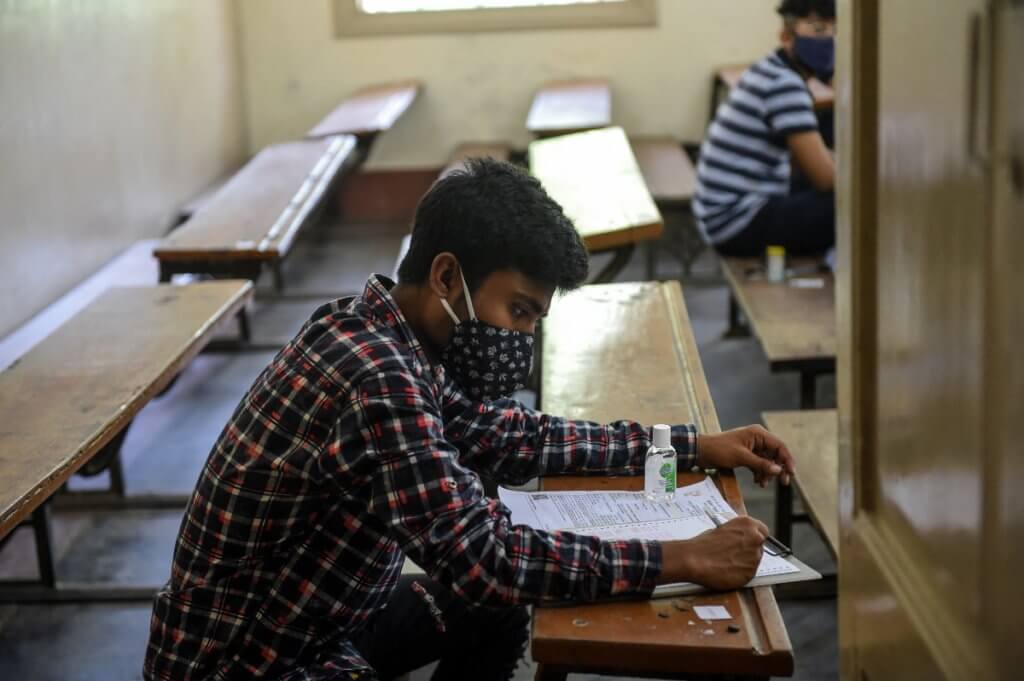 The abrupt evacuation of students amid the war has presented a set of issues. Source: Sam Panthaky/AFP

In Russia and Poland, international students may not be required to take an entrance exam, but this might be a requirement for some medical schools in Romania. In Hungary, entrance examinations are compulsory.

For instance, Semmelweis University in Hungary notes that they “persist on undertaking complex entrance examinations composed of written tests and personal interviews, which allow us to reliably evaluate the knowledge, skills, motivation and personality of the applicants”.

While many universities in neighbouring countries conduct their medical programmes in English, challenges may arise during students’ clinical placements. For instance, there are reports that many doctors and nurses in Poland cannot converse in English.

Study abroad consultant Ravi Kumar Koul previously told the indianexpress.com that Indian MBBS students could transfer to other universities in the country or universities in another country, but advised students to make decisions carefully.

Another study-abroad consultant, Akshay Chaturvedi – founder of Leverage Edu — said students could either be admitted to a different Ukrainian university or choose to transfer to a medical school in a foreign country.

Medical schools in the West Indies, the UK, Canada and Australia could be viable transfer choices since their healthcare and education infrastructure have improved over the past five years.

“While these options may be marginally more expensive than studying in Ukraine, they will yield a great return on investment in terms of post-study opportunities,” advised Chaturvedi.

The abrupt evacuation of thousands of students has presented a set of issues, including not being able to present alternative institutions abroad with evidence that they had studied in Ukraine.

Indian medical students who have access to academic transcripts from their respective universities in Ukraine could not transfer to local institutions in India due to a difference in curriculum and academic standards.