It is the final lap of the 2021 Abu Dhabi Grand Prix. 108.7 million viewers were on the edge of their seats as they watched a defining championship battle between two of the best drivers in Formula One (F1): Lewis Hamilton versus Max Verstappen.

What happened in the last few laps of the 2021 Abu Dhabi GP would be dubbed as one of the greatest controversies in the modern hybrid era. A “safety car” was deployed to slow down the field when one of the drivers crashed into the barriers. Verstappen pitted for fresher tyres, while Hamilton missed the chance.

With five lapped cars (that means they were a lap slower) between the two drivers, the former racing director — Michael Massi — allowed Verstappen to overtake only the lapped cars between him and Hamilton. In the final lap, Verstappen overtook Hamilton to win the driver’s championship. He finally beat the seven-time world champion.

Many F1 fans around the globe were stunned — but none more so than one engineering graduate.

“I was actually pretty emotional and happy about it,” Blake Hinsey tells Study International. “To see the driver that I had worked very closely with for two years and somebody I get on quite well on a personal level achieving a dream was pretty cool.”

The American also revealed some interesting facts about his relationship with Gianpiero Lambiase, famously known as GP. He is the voice that guides Verstappen in terms of race strategy, car setup and anything that happens on the race track. “That was Gianpiero Lambiase’s first World Championship,” he shares. “My entire trackside career was working with GP.”

Lambiase joined Red Bull Racing with Hinsley in 2015 as a race engineer. Together, they had an illustrious career. Apart from working with a former World Champion, they have worked with drivers like Sergio Perez — Verstappen’s current teammate — who lost his race seat by the end of the 2021 F1 season.

It’s a career only few can dream of. Hinsley is living it — but it almost didn’t take off had it not been a stroke of fate. 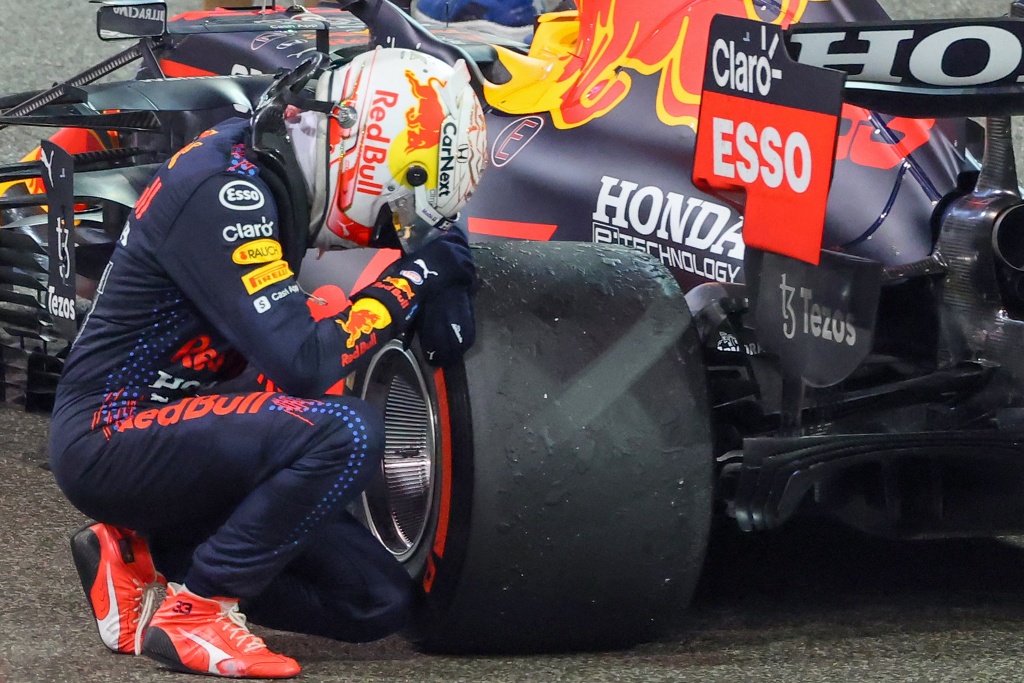 Verstappen pitted for fresh softs when Nicholas Latifi crashed out and triggered a late Safety Car. With that, he overtook Lewis Hamilton on the final lap to achieve his dream of becoming a World Champion. Source: Giuseppe Cacace/AFP

Developing a heart for motor racing

Despite spending a decade working in F1, it took time for Hinsey to consider working in the sport. Growing up in Dallas, none of his family was into racing — but a meeting with a family friend piqued his interest in motor racing.

“He happened to have a spare Mazda MX5,” says Hinsey. “He’s got the car, tires and all we needed to do was to show up and see if we liked it.” Eventually, the American raced on an amateur level from 2006 to 2010 with the Sports Car Club of America and the National Auto Sport Association.

When it came time to pick a course in university, he chose to study mechanical engineering at the University of Texas at Arlington (UTA) — and loved it. “I learned drafting, computer-aided design, analysing with MATLAB (a programme to design systems and products) and using Excel to perform simple and complicated engineering calculations.”

The best part? UTA’s Formula SAE team. Considering that the team have won eight championships in the US and three abroad, Hinsey was determined to be part of the club. “I went to the induction. The first thing I did was email the Formula SAE group to invite them for a meeting,” he says. Likewise, Oxford Brookes University’s (OBU) Formula Student team was a factor in influencing his decision to study in the UK.

Both were important for his personal and professional development as an engineer. Here, he developed the ability to communicate effectively in a race environment, physically manufactured the parts he designed and raced with the Formula Student team.

“Getting that hands-on experience on how things work gave me valuable insights on the practical skills and considerations needed in racing,” Hinsey shares. “Albeit at an amateur level, which is Formula Student. However, the level of some Formula Students teams now is comparable to F1 in the late 80s.” 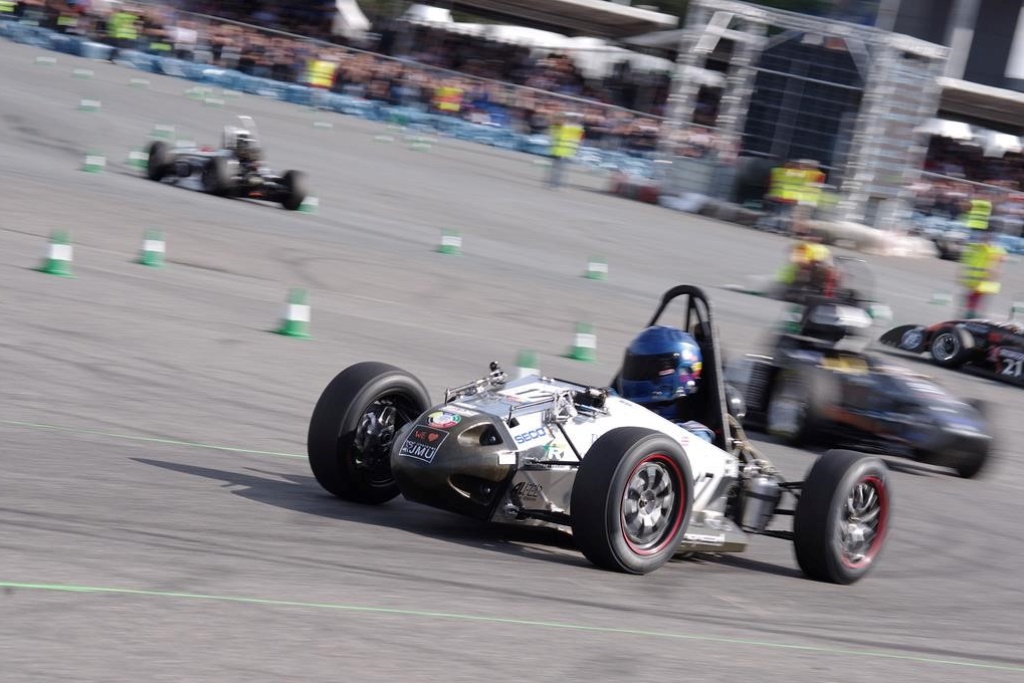 Studying abroad and finding a job in F1

Upon graduation, the mechanical engineering graduate searched for jobs in the local motorsports scene such as NASCAR and IndyCar. Due to his lack of experience, his job hunt proved futile — so he left home and pursued MSc in Motorsport Engineering at OBU.

“I’d seen a few personal stories of Americans that had gone over [to OBU] and got jobs in F1. Some had professional backgrounds, while others only held an academic background,” Hinsey explains. “So I said, ‘I’ll get some money together, borrow some money from my folks and see if I can make it happen.’ That’s where the journey began, and I left home for the first time in 25 years.”

It paid off. Since Hinsey spent a considerable amount of time with the Formula Student team, he garnered a reputation for being a hard-working individual. With many OBU students coming in and out of student placements with F1 teams, the American student only had to wait for the right opportunity. 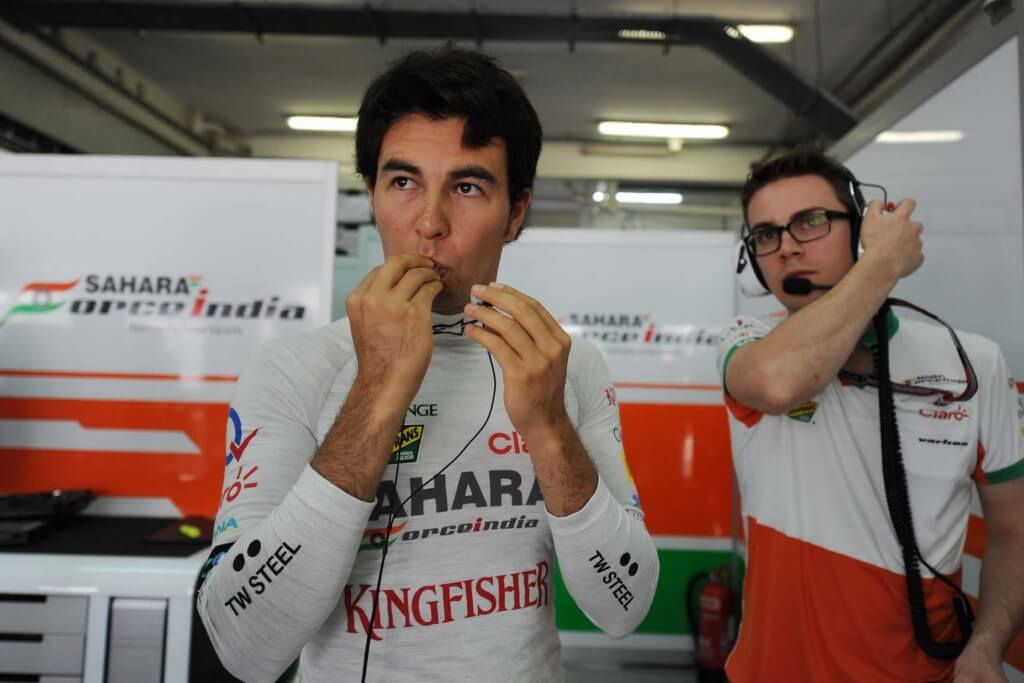 On a race weekend, Hinsey analyses all the necessary data so the driver and race engineer understand the car’s operation more thoroughly than at any point during the session. Effectively, he functions as an extra pair of eyes and ears for the duo.

“When the driver comes back into the garage, I will give him performance updates like telling them how are they performing against their teammates,” Hinsey explains. “I also had to work with the drivers on managing the differentials (that is a set of gears that transmits engine power to the wheels) and brake balance control systems.”

During the race, Hinsey focuses on fuel management, race strategy and pit stop performance. Nailing these tasks is crucial for the team to deliver competitive race results or finish the race.

As a simulator performance engineer, Hinsey saw the long-term prospects of his role. When designing a new F1 car, he could suggest changes to the suspensions, tire model and aerodynamic design. In the factory, he developed methods to improve model correlations so the simulator accurately represented reality and tools to enhance the information sourced from the sensor of F1 cars.

His biggest challenge? Chasing perfectionism. In a sport where a few tenths or hundredths of a second can spell the difference between securing pole position or falling towards the back of the grid, engineers like Hinsey often rely on their gut feeling and data to make an optimal decision. 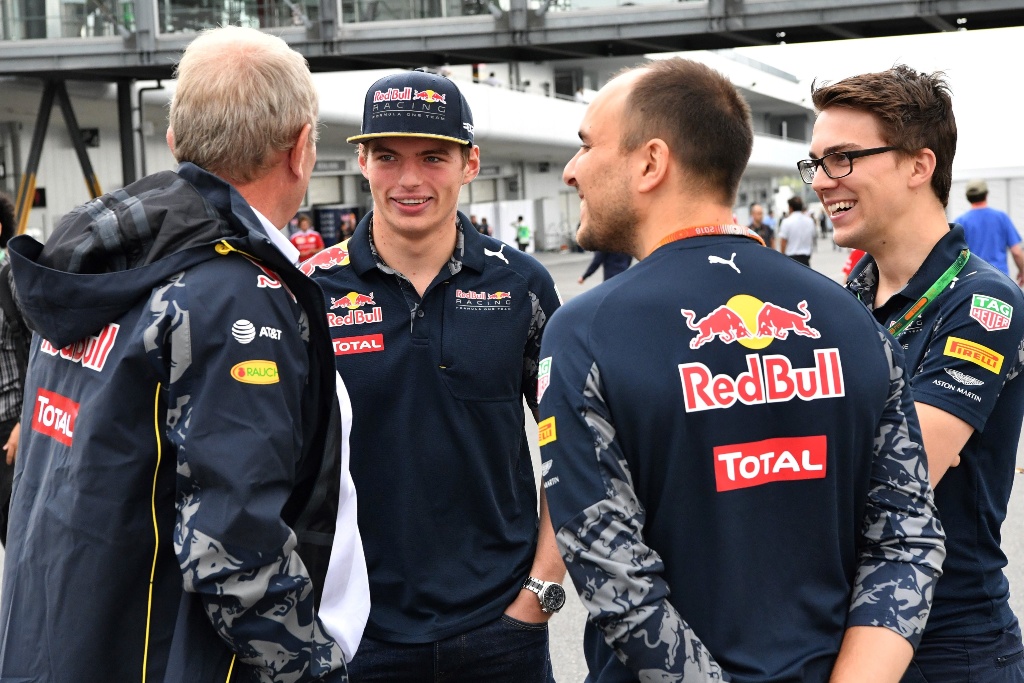 Now, the former F1 engineer has taken on a new challenge — content creation. Since the COVID-19 pandemic, Hinsey dabbled in streaming and focused on building a virtual community. While he was still busy with his day job, he edited short-form content during his lunch break. Before the 2021 Abu Dhabi Grand Prix, Hinsey left the sport to pursue content creation.

Today, he is a full-time content creator and goes by the name, BRRRAKE or BrrrakeF1. Seeing how there is a demand for analytical engineering content, he leveraged his decade-long experience in F1 to educate his audience.

Asked about his advice for international students who want to work in F1, he says: “Identify what you think you want to do as a job. Go on LinkedIn to find people who worked in your desired roles and check their job descriptions. In the process, ask if you like the role. Once you’ve done that, you can visit the team’s social media or websites promoting job vacancies within F1.”

He adds: “Consider the financial aspects as you might not secure a position. Most people that want to work in the sport would move to the UK for a master’s degree. If you get a job in a team or supplier manufacturer, they likely have a license to offer you a work visa.”

Categories: Global
Tags: engineering, formula, global, graduate, his, how, landed, one, role, this