HBO’s House of the Dragon has every Game of Thrones fan hooked by now. Set around 200 years prior to the events of the famed series, the new prequel follows the Targaryen dynasty — tracing the drama, intrigue and political dealings of the esteemed family before it fell from grace.

While the new series will not feature fan-favourite characters from “Game of Thrones,” it will continue to adopt some of its predecessors’ more well-received features. Among these are the crew’s tendency of searching far and wide for the perfect filming locations to enhance the series.

If you’re an international student in Europe, you’re in luck. From the setting for King’s Landing to the House of Velaryon, any of these filming locations can be found around the continent. The best part? You can easily visit these locations on your next student trip.

Here’s a list of HBO’s House of the Dragon filming locations for the jet-setting international student.

Set in the idyllic countryside town of Marazion, Cornwall is St. Michael’s Mount, a historical castle, garden and island community. It’s everything you’d imagine out of a medieval castle set in the “Game of Thrones” universe: standing tall over a dramatic cliffside, with buildings dating back to the 12th century.

In HBO’s House of the Dragon, St. Michael’s Mount acts as Driftmark in Blackwater Bay, the large body of water at the edge of King’s Landing. In “Game of Thrones.” this acted as the setting for the Battle of the Blackwater. In “House of the Dragon”, though, it was the home to the House of Velaryon.

To get there, you’ll have to take a train to the equally historic town of Penzance. If you want, you could walk over to the Mount on foot over the causeway — though this is only accessible at low tide. At high tide, you can take a boat from the mainland which will stop at one of three landing ports: Chapel Rock, Gwelva or Top Tieb. You can purchase ferry boat tickets for 2.50 pounds here.

If you’re visiting St. Michael’s Mount, you should make a trip to Kynance Cove. Located on the eastern side of Mount’s Bay, Cornwall, it offers one of the most breathtaking views of England. Its beautiful beach connects Asparagus Island to the mainland, and has sparkling blue waters as far as the eye can see.

Kynance Cove is known for its many caves. Explore them and set off on an adventure. Then, had to the  mermaid’s pool around the farthest side of the beach, where you’ll find unique rock formations.

In HBO’s House of the Dragon, Kynance Cove acts as the backdrop to a Velaryon camp. 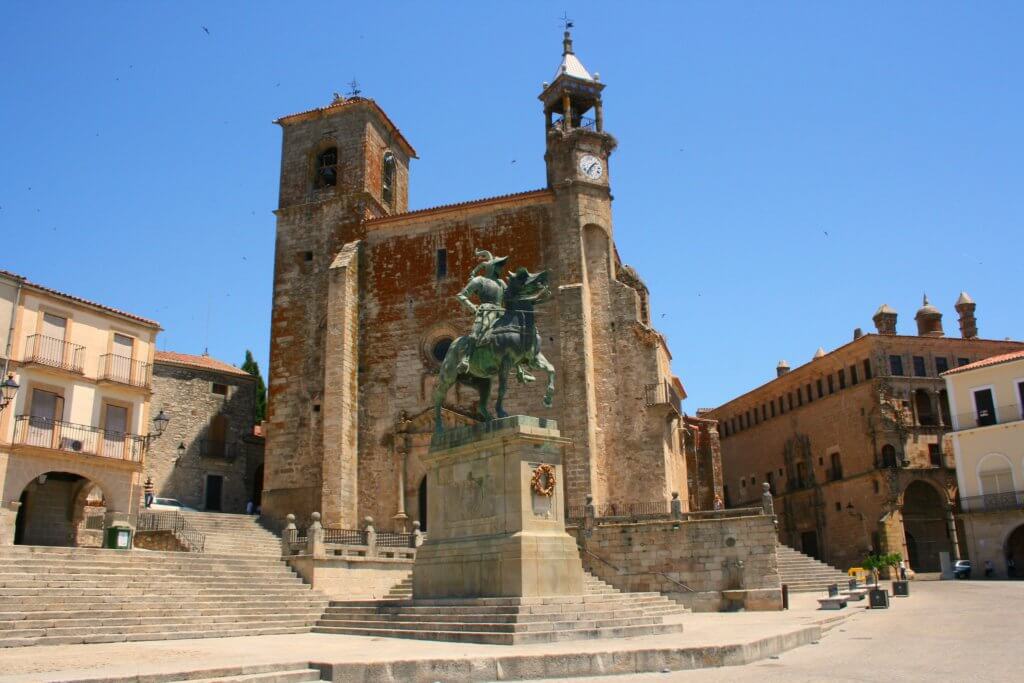 The Old Town of Cáceres is a must-visit for fans of “Game of Thrones”. Source: Juan Antonio Segal/Flickr

King’s Landing is an essential part of the development of Westeros, where HBO’s House of the Dragon and “Game of Thrones” are set. It was important for the HBO crew to find the right location to show the intrigue and grit of the capital city.

HBO’s crew found this in the World Heritage City of Cáceres. The city is famed for its architecture, which reflects a mixture of Roman, Moorish, Gothic and Renaissance influences. It’s this that ensured the city was designated as a UNESCO World Heritage Site.

Cáceres is located in Spain’s western region. Students planning to visit the Old Town should pack a comfortable pair of shoes to better navigate its cobbled streets, fortified houses and palaces. If you’re looking to explore the rest of Spain, you can easily take a train out of the Old Town to other famous Spanish cities such as Seville, Madrid, and Salamanca.

While you’re in Spain, visit the Castillo de La Calahorra too. Located in Granada, this is a fortified medieval castle that awes. It’s unclear what the castle will serve as in HBO’s House of the Dragon, but Matt Smith — who plays Daemon Targaryen — was spotted filming there last year, indicating that it will play an important role in the series.

Unfortunately, the castle itself is private property, so you won’t be able to visit. The surrounding areas still offer visitors plenty to explore. While there, you can take advantage of the beautiful Spanish countryside, from arranging hiking trips, horse riding and quad biking.