The last decade has brought about major changes in Hollywood. From expanding roles for women to creating a wider space for international voices, the entertainment industry — one that’s largely dominated by the American sphere — has made slow but significant efforts to become more inclusive.

Much of this is done by creating more roles for non-white performers — including actor Kumail Nanjiani. Having begun his career as a comedian in Chicago, Nanjiani has since risen to great heights in Hollywood and has managed to land major roles in two major franchises, starring in Marvel’s “Eternals” and, most recently, in the long-awaited Star Wars series, “Obi-Wan Kenobi”.

It’s certainly an impressive feat for an actor who grew up outside the US. The Pakistani actor has come a long way since he first left his hometown of Karachi and moved to pursue an American education. In the process, he’d overcome visa hurdles and racial stereotypes, all whilst trying to chase a career that seemed — at the time — virtually impossible.

How did Nanjiani go from international student to famous Hollywood actor and comedian? We trace his journey below.

Kumail Nanjiani started out as a student at Grinnell College, Iowa

Stories like Nanjiani’s are atypical of Hollywood. Most famous non-white actors were either born in the US to first-generation immigrant parents or hold dual citizenship.

By contrast, Kumail Nanjiani was born and bred in Pakistan. In fact, his story closely shadows that of an international student: he completed his A Levels in Karachi and first stepped foot in the US as a 19-year-old on a student visa.

Nanjiani chose to attend Grinnell College in Iowa — a decision he says was largely motivated by the fact that it promised a quiet, low-scale student experience.

“I was in Pakistan. I didn’t really have a good sense of what different places were like,” he shared in an interview for the school magazine. “And I liked the website, I liked what they offered, and they were ranked really well, and I’d heard really good things. So that’s kind of why I picked it. I didn’t really know what it was going to be like.”

Nanjiani studied for a double major in computer science and psychology, but previously mentioned wanting to pursue his education at a liberal arts college. While Nanjiani did not clarify what influenced his decision, it can be assumed that he wanted to attend an institution that was more well-rounded, intimate and encouraged creativity — something liberal arts colleges are renowned for. 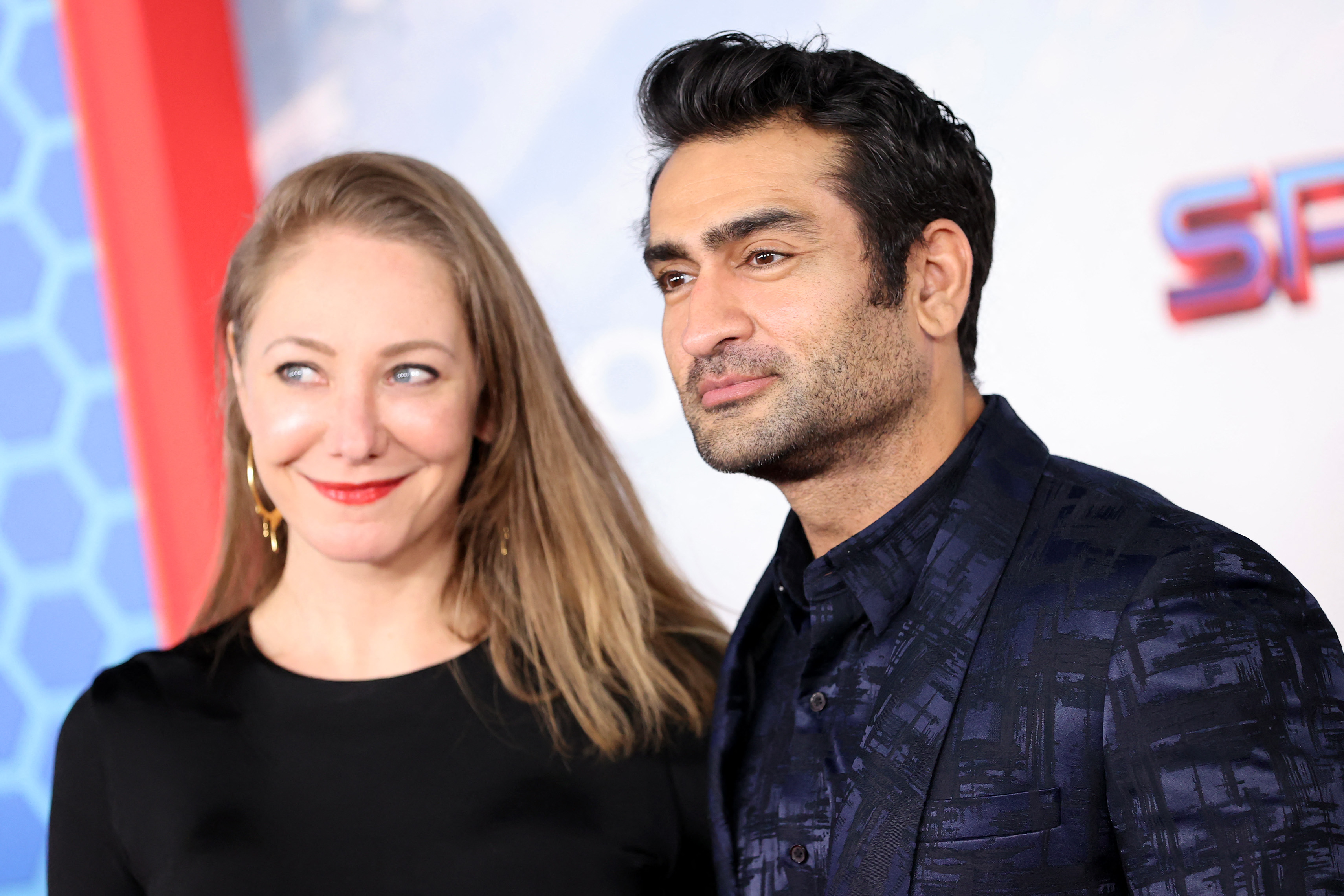 Nanjiani met his wife at a stand-up show he did while he was on his H-1B visa. Source: Emma McIntyre/AFP

Nanjiani felt out of place at university at first

Like many international students moving overseas for the first time, Kumail Nanjiani was not immune to culture shock. In fact, he says that he was “totally unprepared” for life at an American university, and especially at Grinnell.

“At the time, I only knew America from TV shows and movies, where they generally only show New York and Los Angeles,” he told Grinnell graduates in a commencement speech. “I landed in Des Moines and thought, this is less cosmopolitan than I was led to believe America would be. That’s okay. They have some buildings. Then I got to Grinnell. And you definitely do not see places like this in the movies.”

Nanjiani spent his first few weeks feeling out of place, describing them as “pretty tough” at first. “I was a very shy kid, I missed home, and I felt like I didn’t fit in,” he said.

He describes spending his early days at Grinnell in the phone room on his floor, calling home to speak to his parents. However, it was not long after that Nanjiani began to expand beyond the walls of his dorm room. He began to speak to his fellow college mates and attend events, where he formed many lasting friendships.

“I met people from all over the world,” he shared. “I met people who were white, black, queer, gender-fluid, every religion, no religion. And that was exciting. Pakistan ultimately is not that diverse, and I was meeting so many different kinds of people. And people were curious about me!” 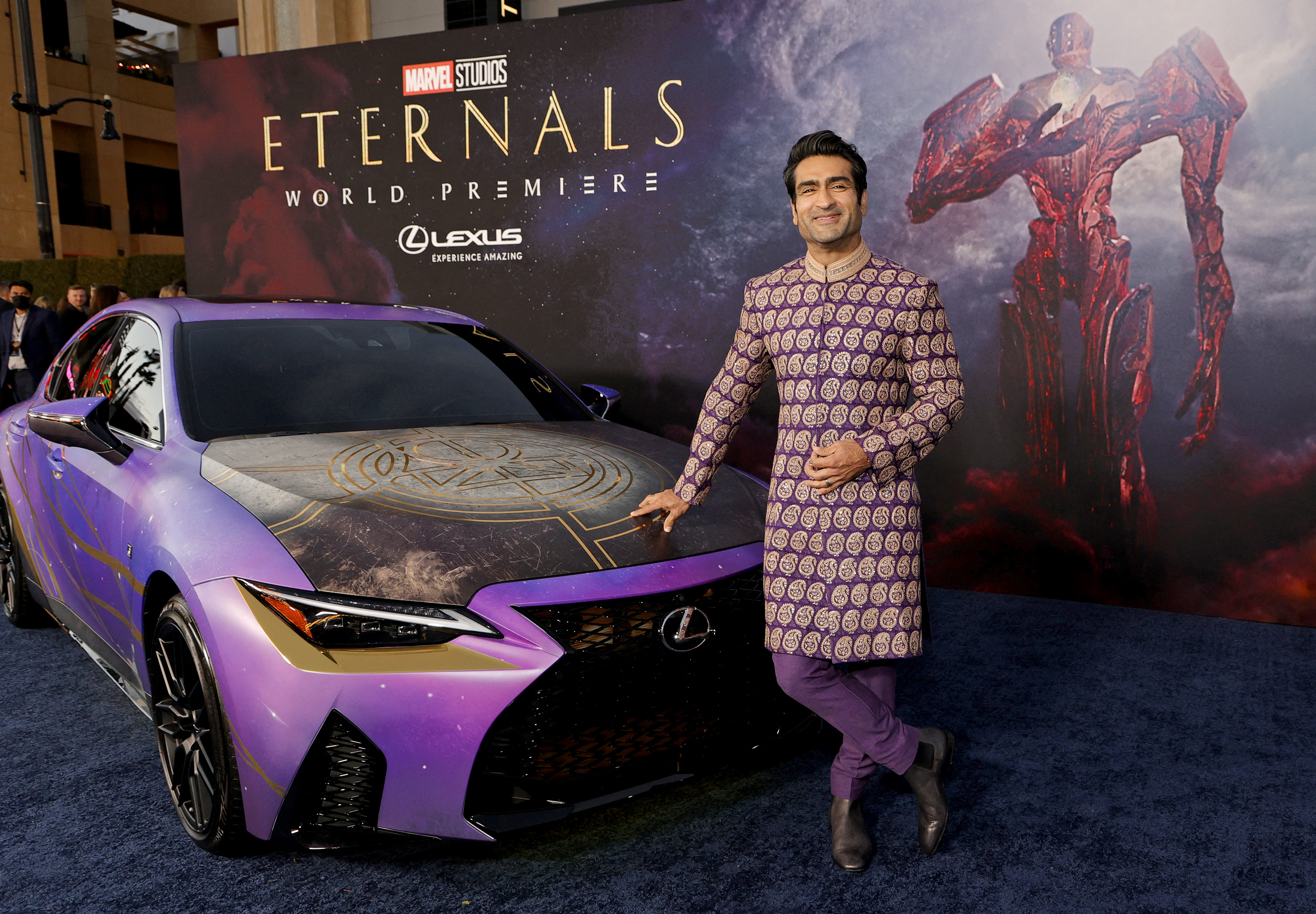 It was at university that Nanjiani discovered his true passion

Pursuing his education overseas proved to be life-changing for Kumail Nanjiani, as it was at Grinnell that he discovered his love for comedy.

“I was figuring out who I was, I still didn’t know what I wanted to do with my life,” he told Grinnell’s Class of 2017. “And then in my senior year, I performed stand-up comedy for the first time at Bob’s Underground. And it went well! It was so fun, and it was so exciting. And I was like, I could be good at this!”

Nanjiani knew that he wanted to become a comedian. However, he faced a giant roadblock: how to obtain a work visa to do so.

“It’s very tricky because you basically have to prove that nobody else who’s American can do this job,” he said in a podcast. “And what we do is so amorphous and vague and hard to curate.”

To overcome this, Nanjiani accepted a job in Chicago as a computer scientist and gained an H-1B visa. He spent his nights performing stand-up shows in local comedy clubs. “I probably slept about four hours a night for five years straight,” he said. “And I had the best time of my life.”

From international student to Hollywood actor

It was at a comedy club that Kumail Nanjiani met his future wife, Emily V. Gordon. They began a relationship that was not without its challenges, most of which stemmed from their cultural differences. Nanjiani, coming from a relatively conservative Pakistani family, was concerned about dating someone who didn’t fit into his parents’ narrative for a spouse.

Eventually, they managed to overcome their differences and build a life together. Nanjiani applied for and gained a green card — something he says took 15 years — and began to pursue acting. Together with his wife, Nanjiani created “The Big Sick”, a critically-acclaimed film about navigating life and romance in the US as an interracial couple.

While Nanjiani has achieved huge levels of success since graduating, he ultimately says it was his time at Grinnell that truly changed the trajectory of his life. “This little liberal arts college in the middle of Iowa changed the way I saw the entire world,” he shared.

His advice to international students? “Populate your life with people different from you.”

“Once you leave school, you get to choose the kinds of people you’re going to be around rather than just being forced to be around them,” he said. “So I encourage you to seek out people, thoughts, and opinions different from yours. It keeps you empathetic, and it gets you out of your own echo chamber. Don’t disregard opposing viewpoints. Listen to them, absorb them, oppose them if you feel that they are wrong, but allow them to affect you.”