At 23 years old, Aditi Paul moved to the US from India to pursue her American dream: a PhD in Communication with Bowling Green State University before transferring to Michigan State University.

Paul relied on her teaching assistantship, where she taught courses along with her professors or standalone courses, as her primary source of income to fund her PhD studies.

Disaster struck when she devoted her time to pursuing other social pursuits, so much so that her professors approached her and said: “Listen, you’re not continuing in this programme. Please pack your bags and leave.”

From that moment, Paul flipped her life around. She negotiated with her professors for three months to prove her worth so she could remain in the programme, giving her a chance to stay in the country.

Her professors agreed. With that, Paul used all her savings and paid US$1,000 to recruit 100 students for an experiment. She enrolled in various courses to enhance her knowledge of statistics.

With that knowledge and data, she published her paper titled “Is Online Better Than Offline for Meeting Partners? Depends: Are You Looking to Marry or to Date?” which went viral in media outlets such as NBC News, Huffington Post, Business Insider, and many more.

That paper proved her competence as a researcher and placed Michigan State University’s Department of Communication on the map in 11 countries. Now, the 35 years old works as an Associate Professor at PACE University in New York and creates content on LinkedIn to help international students who want to study in the US. We caught up with her to learn more about her success story:

What sparked your interest in data?

I have been obsessed with how people work. I’m just a very nosy person and a curious individual. When I see something happening or a trend in real life, I want to study it. Since I learned quantitative methodology, I have dealt heavily with numbers and numbers come from data tracking people’s behaviours or attitudes.

As a Lead Researcher at PACE University, I focus on the impact of technologies such as online dating sites and apps on the users by analysing why people use them. I also wanted to know how it affects their physical, sexual, and mental well-being. 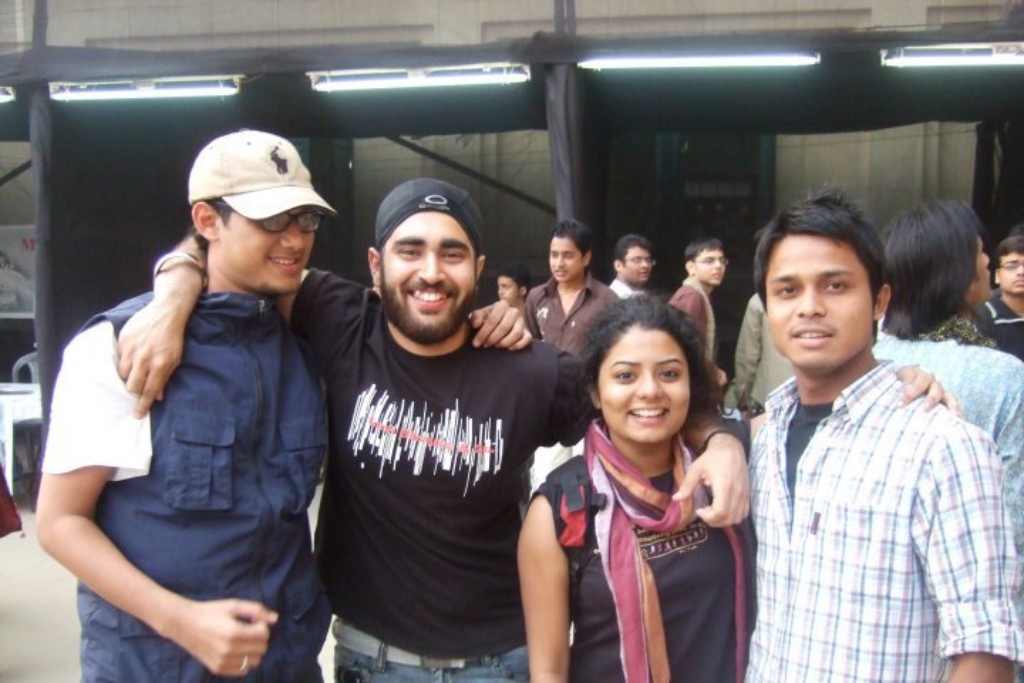 Why did you pursue your bachelor’s degree and master’s degree in computer science at St. Xavier’s College, Kolkata?

I grew up on a stable diet of Bollywood movies. For better or worse, they portrayed St. Xavier’s as an excellent place where all the cool kids hang out. I aspired to be one of them.

Unfortunately, it was not a cool place. They had very, very strict restrictions. Men in specific programmes were only allowed to wear collared T-shirts. However, I wasn’t aware of this as I was at the disposition that it sounds fantastic, and I’ve seen incredible things happen in St. Xavier’s in the movies — I didn’t want to study computer science.

In fact, I applied to six programmes at the college, and the only one that accepted me was computer science, on their second priority list. I remembered crying my eyeballs out since I desperately wanted to study at St. Xavier’s. I also scored 95 out of 100 in computer science when I graduated high school, so my parents thought that area would be a suitable choice.

What made you continue studying for your master’s degree in computer science at St. Xavier’s?

The competition is intense in India. If you left with a bachelor’s, then nobody is going to pay any mind to you. Furthermore, I was a woman, and there is a male privilege that works in society. If a brown woman quits school and pitches her idea to venture capitalists, that wouldn’t fly. I need my stripes.

Pursuing my master’s degree in computer science bought me time to coast a little and figure a way out of a nine-to-five job. At that time, I decided — through my sister’s persuasion — to look into the US for higher education. 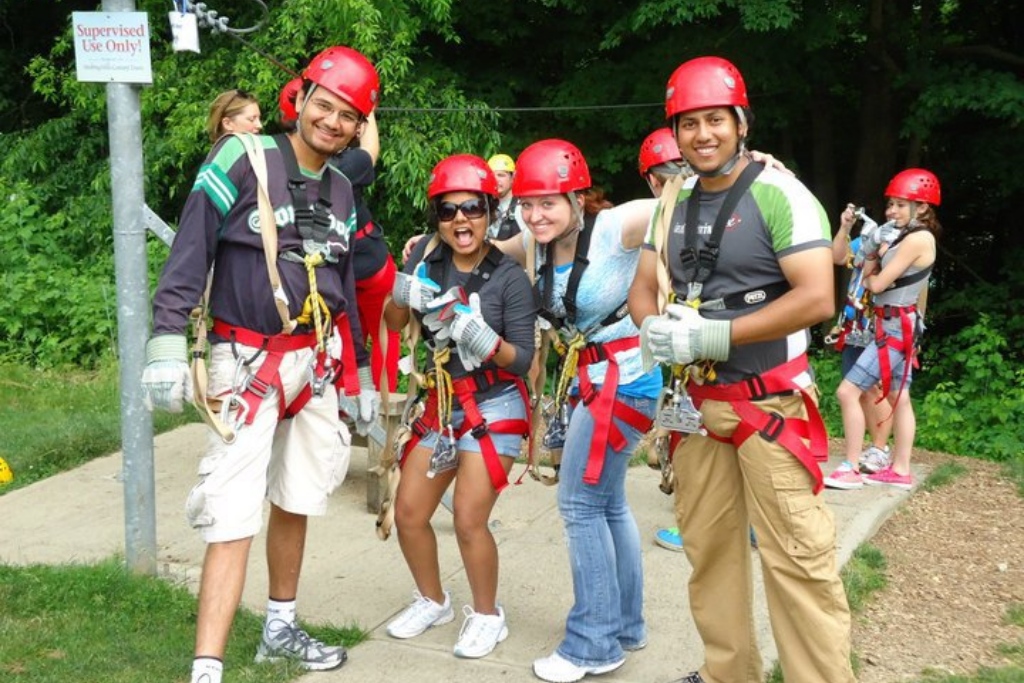 Why did you pursue a PhD in Communication?

I love, love, love the entire field of communication. I’ve always wanted to be in media, entertainment and communication. I am passionate about discovering what it takes to connect with someone and analysing how we can optimise the human connection.

I also wanted to know if I could study for a degree that ties with my passion for communication. In 2010, the opportunity within the educational landscape in India and Kolkata was a Bachelor of Mass Communication and a diploma course. My father firmly objected to that idea, so that door was closed.

My decision to pursue a PhD was entirely out of a place of financial rationality. My sister advised me to reconsider studying for a master’s degree in the US since I will be paying out of my pocket, which gets into lakhs and lakhs of rupees with the conversion rate. The great thing about a PhD is that there is a way to get a master’s degree and get out if I didn’t like the programme.

Initially, I enrolled for a postgraduate diploma in mass communications. In 2009, I visited my sister in the US and fixed some meetings with professors around her to see if they were willing to take me in as a graduate in computer science. They were delighted to take me in, and I started to study for my graduate record examination.

How did you lose your scholarship?

I devoted my time to other social pursuits, which caused me to neglect my studies. It got to the point where I could not maintain my assistantship. In 2014, my professors approached and said: “Listen, you’re not continuing in this programme. Please pack your bags and leave.”

That destroyed me. If I were to be suspended from the programme, I would not only get out of the programme but also out of the country. That bit hurt more because I left an outstanding career in computer science to pursue my love for communication.

What challenges did you overcome to regain your status as a teaching assistant?

As traumatic as that was, I humbled myself and emailed all my professors. I informed them about my choice not to contest that decision. I wanted to understand where the decision came from and if they could shine some light on that.

I told my professors: “Give me three months” and pitched the idea that if I could prove my research and competence within that period, they should keep me in the programme. Otherwise, I wouldn’t contest their decision to suspend if I didn’t prove my worth. They agreed with my proposition.

With that, I placed every last sweat and blood in those three months. I liquidated my savings and paid US$1,000 to recruit 100 students for an experiment. I collected data, got all of the ethics clearance, and convinced three professors to serve on my committee — which took a lot of begging and persuasion.

While conducting my research, I enrolled in various courses to up my ante on statistics knowledge. I used that knowledge to crunch data on a publicly available data set. I also published a paper titled “Is Online Better Than Offline for Meeting Partners? Depends: Are You Looking to Marry or to Date?” based on that data set.

The best part is that the paper went viral, which was the last thing on the back of my mind. Media outlets such as NBC News, Yahoo! News, Huffington Post, Washington Post, Business Insider, and many more started to reach out. Honestly, I was glad the paper got accepted, let alone it went viral.

With that, I proved my competence as a researcher and placed the Michigan State University’s Department of Communication on the map in 11 countries. The university also placed me in the student spotlight at the end of those three months. 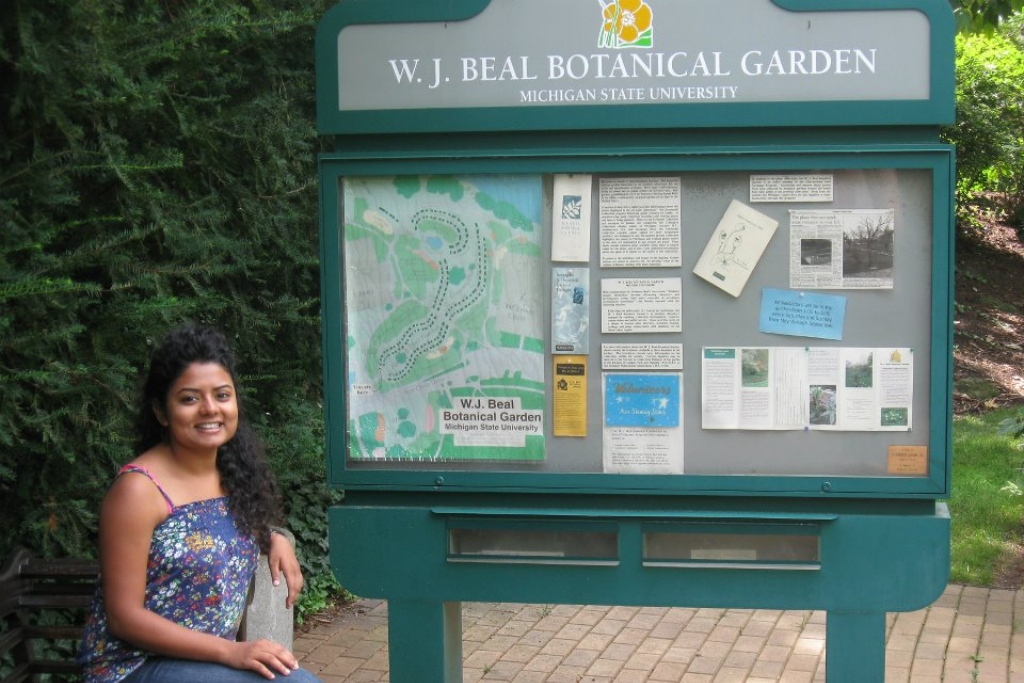 While Paul managed to resecure her teaching assistantship, she worked on campus before she resumed her teaching stint. Source: Aditi Paul

How did your overcome your financial struggles as an international student when you lost your scholarship?

When I lost my scholarship, I lost my income, and I had to pay out of pocket to keep myself enrolled in the programme. Each credit costs US$4,000, and I wondered how I would pay for that.

I contacted the international student office to inquire what would be a good move to keep myself enrolled and whether I was eligible for any subsidy. I also had approximately US$4,000 to US$5,000 in my bank account. Lastly, I managed to secure a job on campus. These incomes did help to alleviate my financial struggles.

Although my university reinstated me the next semester, I was still not teaching during that period. Considering my rent, I survived on US$85 for at least six months. While my sister stayed in Michigan, I was determined to get out of my financial situation. Hence, I shared my WiFi, phone plan, and all that good stuff.

Were your parents aware of the situation?

My sister knew about this, but my parents were unaware of the situation. I believe it’s due to the culture of shame in India — and in many Asian countries — where we don’t openly talk about our struggles, so I kept this situation to myself.

How did you feel as you went through this whole ordeal?

Honestly, I did not cope with the situation. I carried that burden of not feeling good enough for five years — even though I got all this intense media attention and landed a job in New York City as a tenure track assistant professor. Eventually, I rose to that realisation and started going to therapy in 2019. I started looking at the feeling as a problem and worked my way to overcome it.

Therapy showed me that it doesn’t make us any less if we are on a different path from our peers. What is ours will come in due time. All we can do is put in an honest day of work.

What advice would you share to international students studying abroad and what can they learn from your success story?

Always check the veracity of an opportunity that you are thinking of taking up.

As international students, you may have put in a lot of time, effort and money to study something which may seem irrational to your parents and peers. I believe that if it feels good in your gut, pursue it.

At the same time, you should always think about your next steps as an international student since you don’t have the luxury of local students who can take a gap year to figure out their path. If you don’t want to stay in the US and want to go to other countries because of visa situations, you have to act quickly.