Dismayed by the shocking racism and discrimination heaped upon them while fleeing to safety, international students escaping the Russia-Ukraine conflict have turned to each other to coordinate their own rescue — via Telegram and Whatsapp groups.

In just two weeks, Russia’s ongoing invasion of Ukraine has resulted in the displacement of two million people, with many finding safe passage to neighbouring countries like Poland and Hungary. For African, Asian and Latin American students, the experience of being denied refuge at the border and lacklustre responses from embassies spurred them to help others caught in a similar situation.

Worried students and others have created WhatsApp and Telegram messaging groups for Africans, Brazilians and other populations with large numbers trying to leave.#Ukraine #Russia #Foreigners #Students https://t.co/5ZHONXRKSc

Daley and two of her friends, Korrine Sky and Tokunbo Koiki, created the Black in Ukraine group chat on the popular messaging app, Telegram. The group currently has over 4,500 members, and has been life-saving for African nationals stuck in Ukraine. It made communication possible to access necessities such as shelter, transportation, and evacuation routes.

The trio of women also started the Black Women for Black Lives Twitter page, providing key resources and relief efforts for Africans and Caribbeans leaving Ukraine. The page regularly updates information on the safest routes through areas where they might face harsh discrimination.

Among other relief efforts, they have also campaigned through GoFundMe and PayPal to raise nearly 150,000 British pounds since the war broke out. The funds are disbursed to Black families and individuals escaping Ukraine. To date, they have helped over 500 people seek shelter in Ukraine, cross the border safely and find help once they clear the border, according to NBC News.

As we receive funds from @gofundme & @paypal, we’ll work hard to disburse funds to those on our list. As always, we’ll share receipt & disbursement of funds#BlackInUkraine pic.twitter.com/j1n8rB2ZW5

For North African students hailing from Morocco and Tunisia, Telegram channels and Instagram stories have proven invaluable in times of uncertainty. Chaima, a medical student in Dnipro, was studying for her third-year examinations when Russian troops began invading Ukraine.

She made plans to board an evacuation train to the Romanian border, and teamed up with other North African students via social media, who shared transportation schedules, border crossings, embassy updates and contact details on Telegram channels and Instagram stories. According to The National’s report on March 4, 2022, over 10,000 North African students are trying to flee the Russia-Ukraine conflict, and at least 300 have returned to Morocco safely. 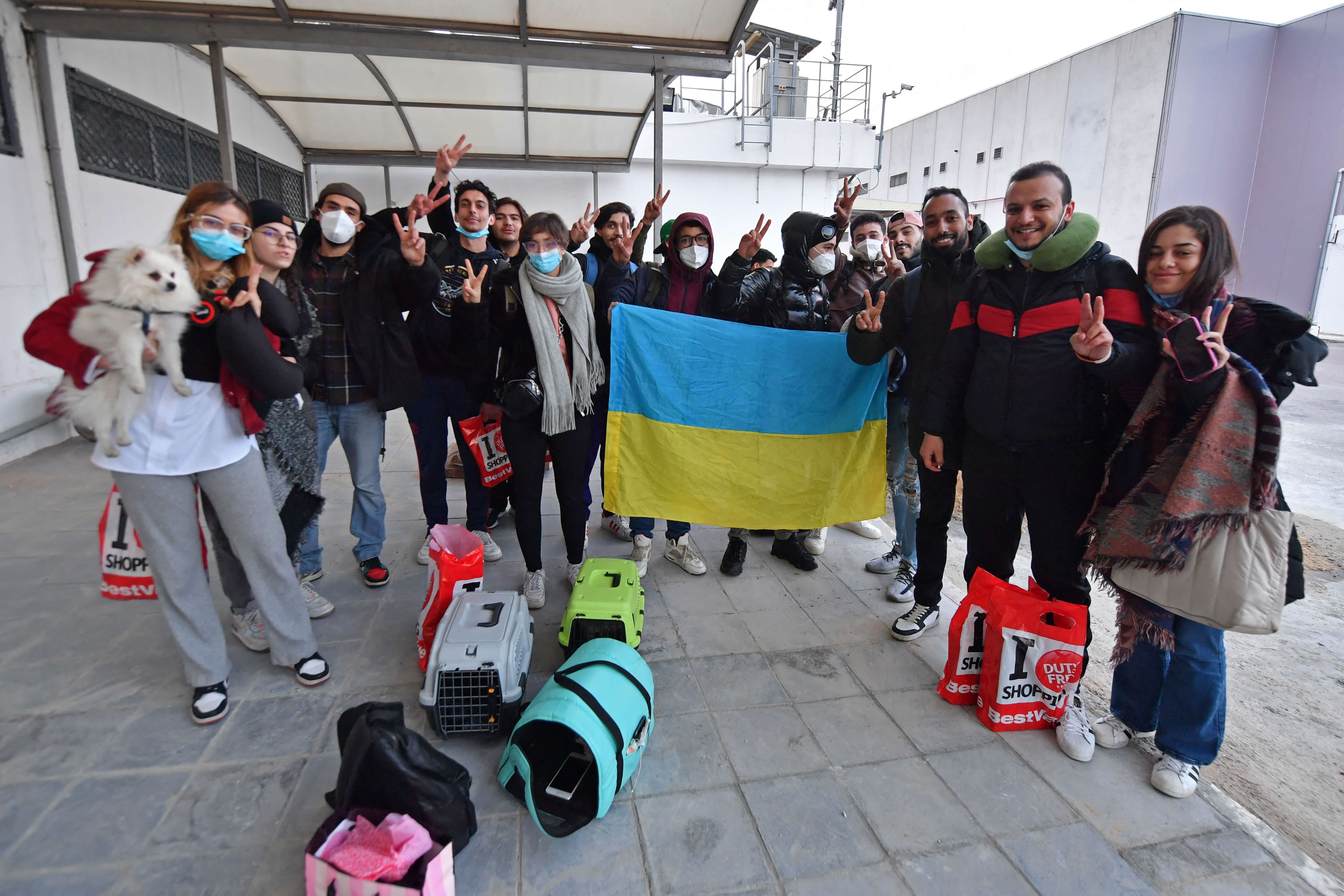 Meanwhile, Faith Chemari has helped over 50 Zimbabwean students to coordinate bus travels heading to Poland. “I was putting students in groups, with boys leaving first, so as to give feedback to the rest of the students on whether it was safe,” she was quoted saying by AP News. Some platforms on Whatsapp and Telegram for foreign students even offer mental health and financial assistance.

Telegram has also been instrumental in relief efforts among volunteers welcoming refugees fleeing the Russia-Ukraine conflict. Berlin-based postgraduate student Iman Abdikarim joined a Telegram group to help incoming evacuees from the war-torn country, which started with just 17 members in the channel. In a matter of days, the numbers had blown up to almost 8,000 eager volunteers.

“I’ve been working 10 hours every day this week, and I’ve got to work shifts at the clinic at night,” she was quoted saying by The Guardian. “But we are learning what the people who come here need.” The volunteers gather at Berlin’s main train station to distribute food, clothes, and offer temporary accommodations.

Earlier this month, the Ministry of Foreign Affairs of Ukraine had set up an emergency hotline on Telegram and Viber for international students who wish to leave the country. Ukraine Foreign Minister Dmytro Kuleba had strongly condemned any acts of racism against African nationals and insisted that they are accorded equal opportunity to safely leave the country.

@MFA_Ukraine has established an emergency hotline for foreign students wishing to leave 🇺🇦 because of the 🇷🇺 armed aggression.
☎️Call, Viber, or Telegram the following number: +380 93418 56 84.
The questionnaire for collecting basic informationhttps://t.co/E1qQgeb4Em pic.twitter.com/KCiyyEViY0