When Auguste Mutombo was exploring universities to further his studies, he sought those that would expand his worldview. The University of Luxembourg — with its multilingual approach and students, researchers and professors from all over the world —  caught his eye.

Making up his mind, the Congo-born native gathered his materials and applied for a place at the university. He was immediately accepted, and completed his bachelor’s degree at the institution. In fact, his experience was so overwhelmingly positive that he decided to continue to study for a Master en Droit et Contentieux de l’Union européenne (LLM) at the institution.

“What I liked most about my master’s programme was being among classmates of different nationalities coming from different countries,” he says.

Mutombo may have been in an international institution, one out of 6,783 students originating from 130 different countries. But he never felt isolated. At the University of Luxembourg, students thrive academically, namely through offering each student individualised attention. First-year undergraduates, for example, attend tutorials, and small auditoriums and working groups are a common feature of learning there.

Much of this has to do with the intimate learning experience the university offered, which afforded him more time to deepen his understanding of course materials. “The approach in class was really an exchange between the professors and students,” Mutombo explains. “You get to prepare all your points and then discuss with professors.”

Mutombo was fascinated by this. After all, the University of Luxembourg is a reputable institution — it ranks 25th worldwide in the Times Higher Education (THE) Young University Rankings 2022, and consistently places among the top 200 universities globally by subject area. In this, the university is certainly a coveted study destination for eager learners who hope to widen their career opportunities and gain fresh insights. 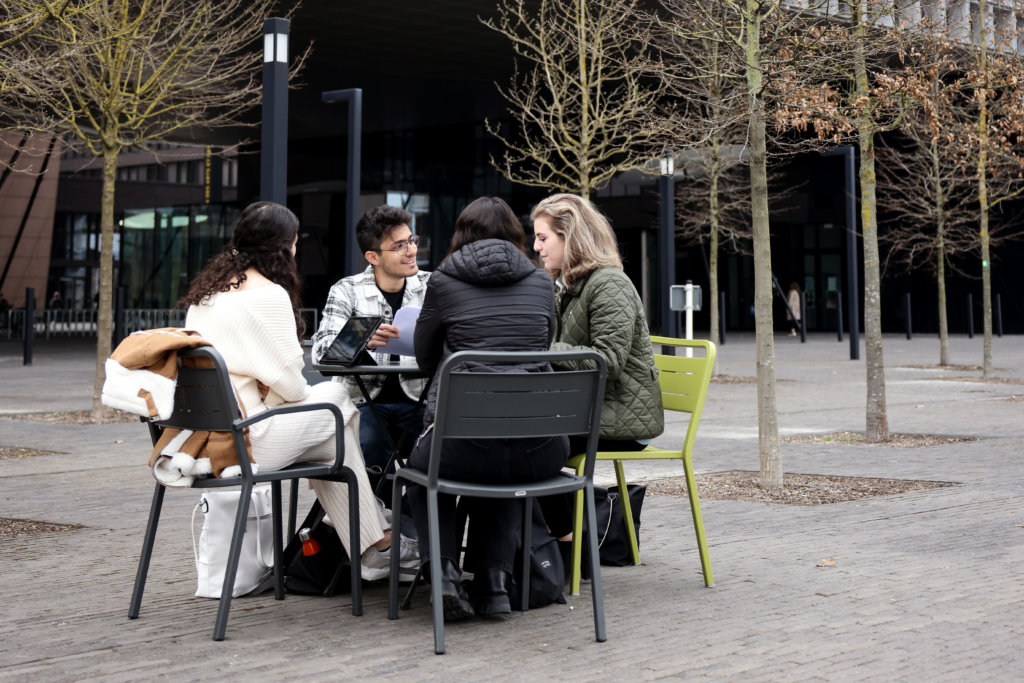 “We are taught by high-profile professors who are judges in the EU institution and the European Court of Justice,” he shares. This is part of the University of Luxembourg’s promise to provide its learners with only the best that higher education has to offer. Its academic staff include doctoral candidates, postdoctoral researchers, research associates, and others, many of whom are naturally active in their respective fields. They support 293 professors, assistant professors, and lecturers in their teaching. 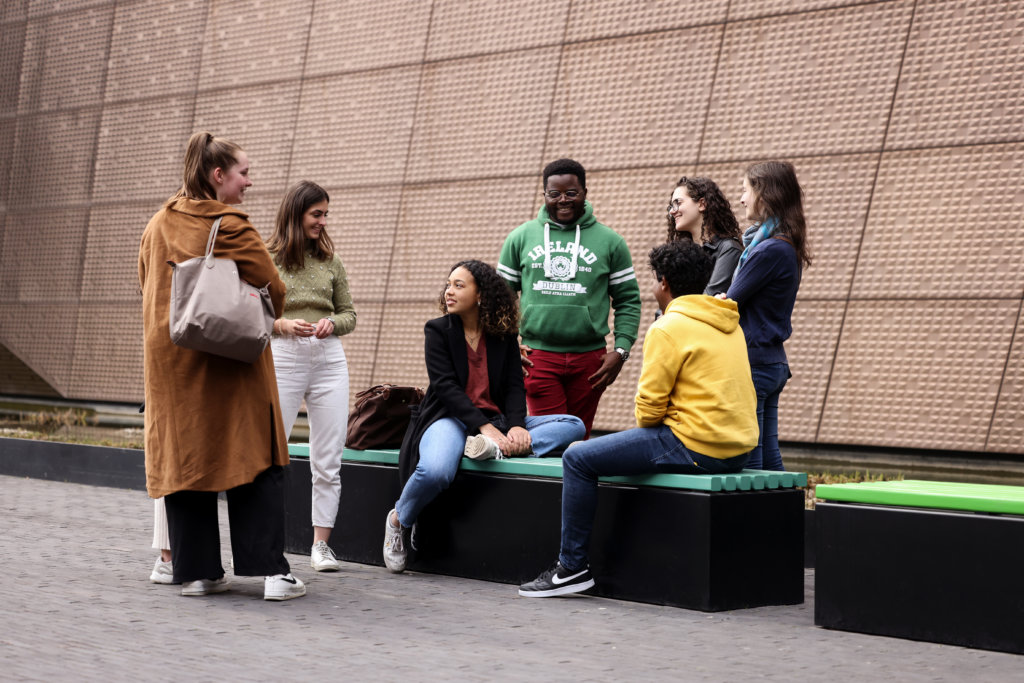 It helps that the University of Luxembourg is situated in the heart of the city it’s named after. Luxembourg is an EU capital with multiple EU institutions (CEJ, Court of Auditors, EIB, ESM), a world-leading financial centre, home to global and European leaders in industry, media and telecommunications (CLT-UFA, Arcelor-Mittal, SES) and home to a vibrant start-up ecosystem. Being the only public university in the country means that students get to enjoy all the benefits that come with it — including the institution’s strong links with banks, law firms and organisations.

This helps tremendously in securing rare career opportunities. During his time at the University of Luxembourg, Mutombo himself managed to score an internship at the president’s cabinet of the European Union General Court — an impressive feat for any university student. More impressive is the fact that such achievements are not uncommon for students at the University of Luxembourg — many land positions at European institutions, financial institutions and leading industry players in the country.

Naturally, the city of Luxembourg manages to attract some of the brightest minds in the world. People of all ethnicities and backgrounds — 47% of which are not of Luxembourgish nationality — call it home. At least 170 nationalities have been reported across the country, making for an open, diverse society that welcomes all. 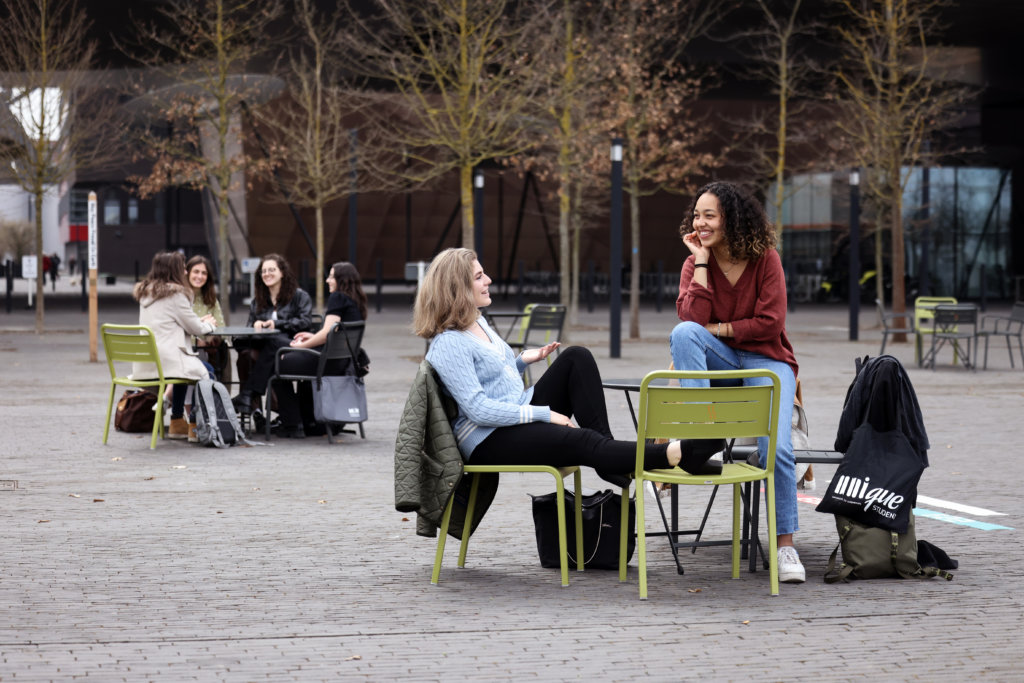 The University of Luxembourg is no different, offering one of the most diverse campus experiences in Europe despite its small size. “What I liked most about my master’s degree was the atmosphere among our classmates, because we’re from different nationalities and countries,” says Mutombo. This served to enhance his academic experience as well, giving course materials global breadth and context — a crucial asset in today’s modern, international society.

Ultimately, an education at the University of Luxembourg proved to be a life-changing experience for Mutombo. He now works as a Legal Documentation Officer at BGL BNP Paribas in Luxembourg. More than that, he has adopted Luxembourgish nationality, choosing to build a life and future in the city — something that would not have been possible if not for his education.

For more information about the University of Luxembourg, view its Open Day 2022 video here.