Ramadan 2022 is approaching. Meaning in just a few days, Muslims across the globe will observe the Holy Month with daily fasts from food, water, cigarettes, and interconnected bodily activities. For them, this level of abstinence drives reflection, making it the perfect setting to block out distractions and truly hone in on their faith.

The tradition lasts between 29 to 30 days. The exact number of days differs each year, depending on the sighting of the crescent moon, which usually appears a night after the new moon.

It’s a period considered sacred by many, even those who do not practise Islam. Other faiths often show compassion towards their Muslim friends or family members by fasting on occasion as well or opting against consuming meals in their presence.

Showing respect is not uncommon, especially since many faiths at some point in the calendar require their followers to offer various levels of abstinence as well. Since gathering before or after a fast is a time of precious memories, traditionally joyful Ramadan reunions are thoroughly enjoyed by many.

If you’re keen on learning how you can immerse yourself in the community element of Ramadan, you’ll need to understand it. This comprehensive guide can tell you everything you need to know and more:

Ramadan is the ninth month of the Islamic Calendar

Ramadan represents the ninth month of the Islamic calendar. The first verses of the holy scripture in the Qur’an are believed to have been revealed during this time.

Muslims fast from dawn till dusk 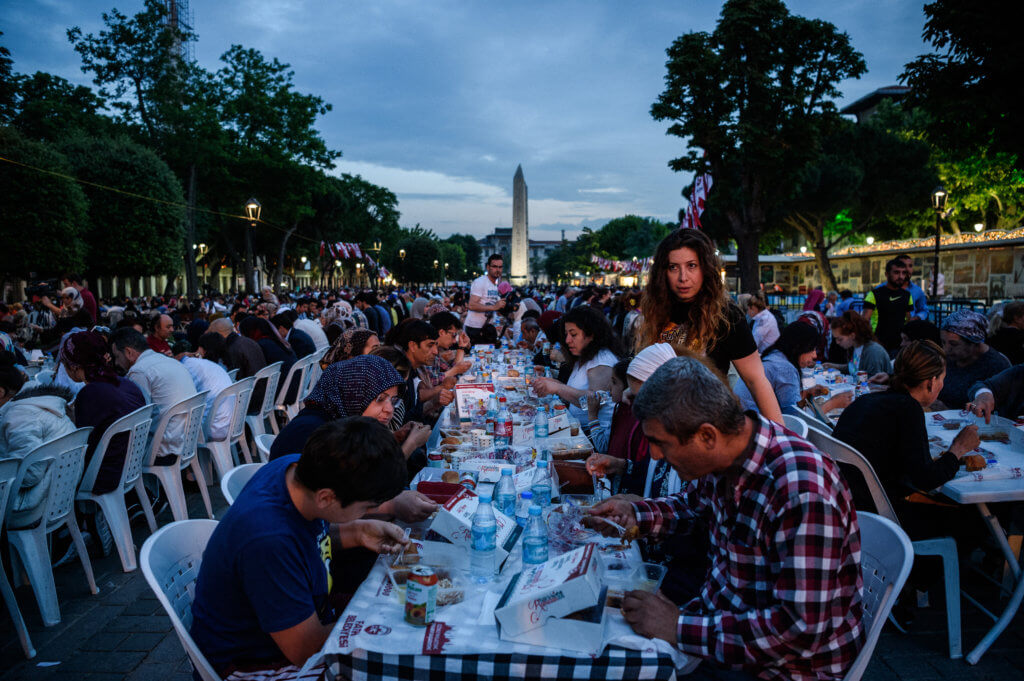 Thousands of Turkish people congregate outside the Blue Mosque in Istanbul to break their fast during the Ramadan month. Source: Ozan Kose / AFP

Since Muslims typically observe fasting from dawn till dusk, the exact timing varies daily according to time zone and season. For instance, in a country with four seasons, fasting lasts for a longer period during the summer months in comparison to the winter.

In Australia, fasting lasts around 12 hours, whereas, during the summer months, fasting could last up to 20 hours — especially in Nordic countries.

Muslims break their daily fast with dates and water

During iftar, when Muslims break their fast for the day, dates are consumed before an abundance of savoury dishes — which are often lovingly homecooked and fruitfully nostalgic. The fruit bears significance in enhancing one’s spirituality. The Hadith (a collection of Islam sayings and teachings), states that the Messenger of Islam would break his fast with ripe dates before praying. 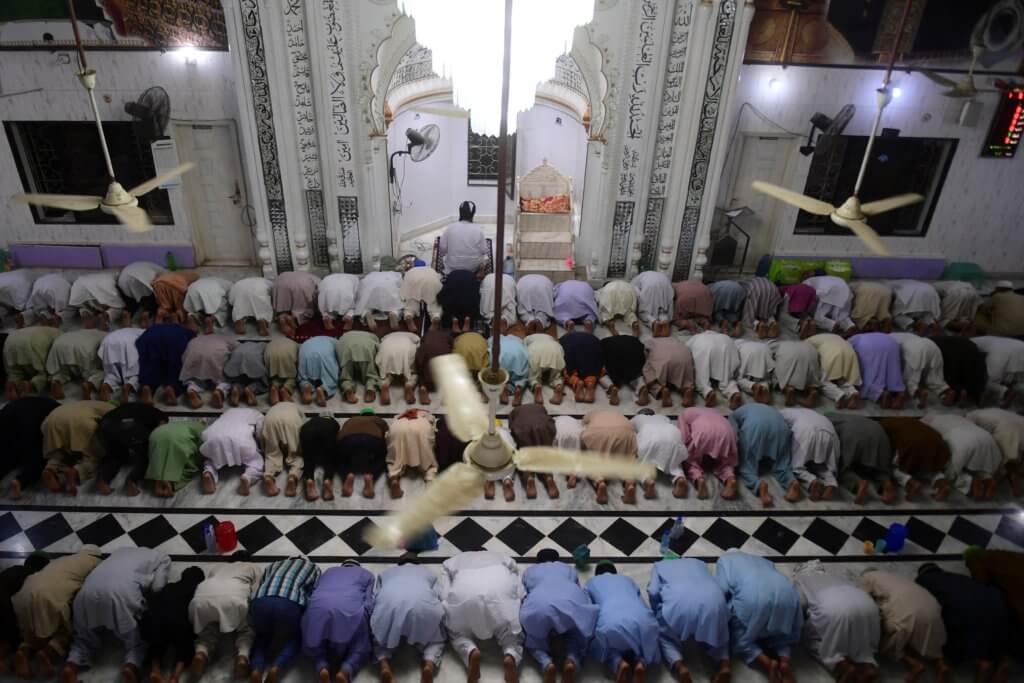 Muslims pray Tarawih (may be referred to as Taraweeh) prayers, in sets of two rak’as, performed after the Isha’ prayers. Isha’ comes after Maghrib prayers, which is the prayer done after Muslims break fast during Iftar. Source: Asif Hassan / AFP

After Muslims break their fast, they will perform the Maghrib prayers, followed by Isha’ prayers. Upon completion, pre-pandemic life called for congregating at the mosque. Today, a small gathering at home or alone is sufficient. However, as the world slowly but steadily returns to normalcy, prayers at the mosque are permitted under strict guidelines.

During Tarawih, two sets of rak’a (a cycle of prayer extracted from the Qurán) are performed. Participating in nightly Tarawih prayers during Ramadan at a mosque earns Muslims the privilege of hearing the entire Qur’an recited by mic’d up Imam at full volume.

With the effects of intermittent fasting being hot topic, many people are considering religious fasting as an avenue to lose weight. While consuming less food and water in a day results in a caloric deficit, it’s not always the kind you would want.

In fact, many Muslims tend to put on weight during Ramadan. Many reward themselves with a large meal upon breaking their fast that more than makes up for the amount they abstained from during the day. However, this defeats the purpose of Ramadan, as the holy month encourages less indulgence and more compassion for those less fortunate.

Not all Muslims fast 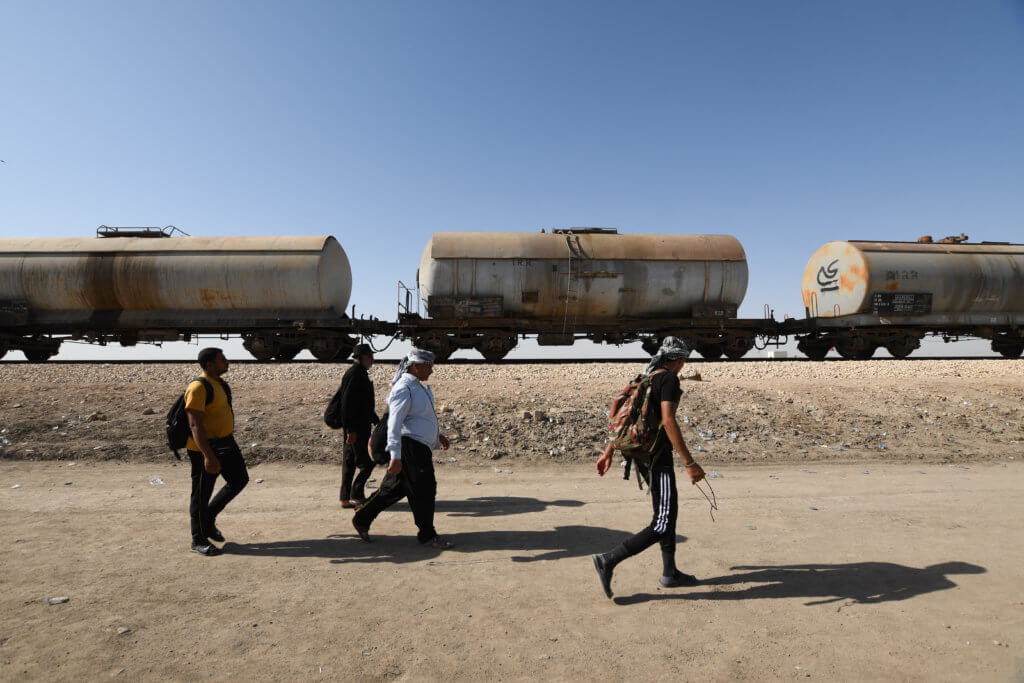 Muslims who travel for more than 48 miles (80km) on a journey or trip are exempt from fasting Source: Assad Niazi / AFP)

Able-bodied and able-minded Muslims are eligible to fast during the month of Ramadan, though there are exceptions to the rule. Women who are pregnant, breastfeeding or on their menstrual cycle are not expected to restrict themselves — neither are elderly Muslims or children. Muslims travelling further than 48 miles (the equivalent of 80km) are exempted as well.

The holy month of Ramadan is about spiritual rejuvenation. It teaches Muslims to empathise with those in need. By resisting temptations, they develop the fulfilling traits of patience, selflessness and resilience.

Muslims celebrate Eid al-Fitr as the culmination of Ramadan 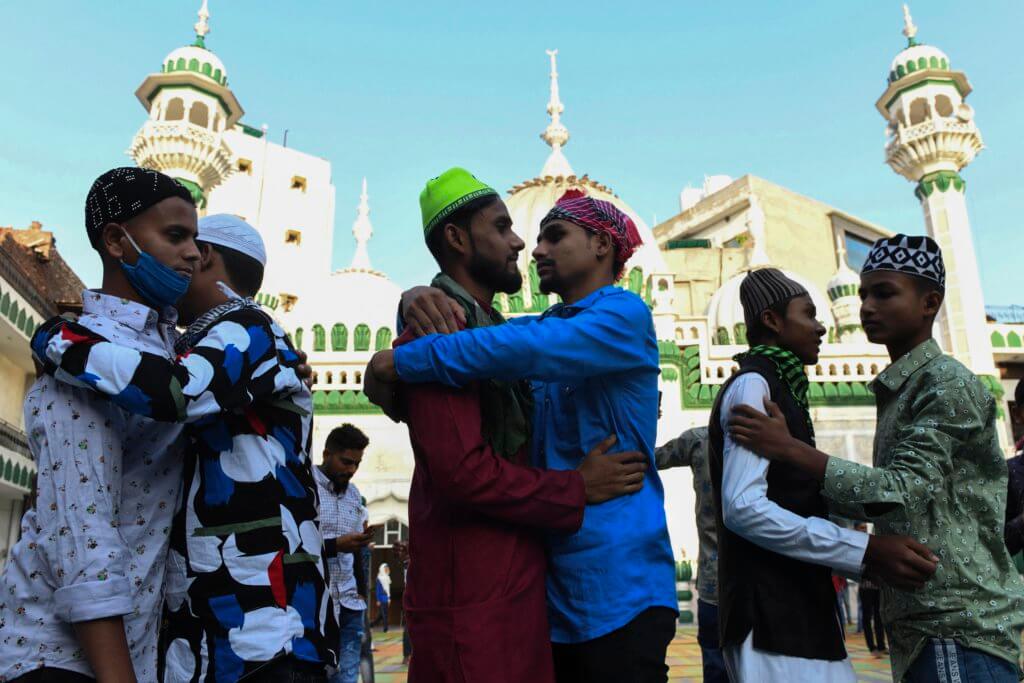 The month of Ramadan culminates with the joyous celebration of Eid al-Fitr, which runs for three days at the start of Syawwal (the 10th month of the Islamic calendar). Those celebrating often begin the day with morning prayers. Those visiting or hosting their loved ones will greet each other with “Eid Mubarak,” meaning “Blessed Eid” and appropriate, formal embraces. Of course, traditional cuisine and sweet treats galore.

Study International would like to wish all Muslims in advance a blessed Ramadan Kareem. May the holy month bless you with peace, happiness and mercy.