This year’s roster saw US universities dominate the table once more, with 15 universities cinching the top 20 spots. Both Harvard University (#1) and Stanford University (#2) retained their positions for five years running, while the Massachusetts Institute of Technology (MIT) went up to third place to dethrone the University of Cambridge.

While UK unis have traditionally gone toe-to-toe with their American counterparts, their absence is marked in the 2022 Shanghai ranking. Only 10 institutions made the cut in the top 100, and UK unis generally fell compared to last year’s publication. The same dip is observed in Continental European schools, although they recorded a strong turnout with over 20 unis entering the top 100 list.

While Tokyo University emerge as the triumphant Asian institution this year (#24), China’s prestigious Tsinghua University (#26) and Peking University follow closely behind. Zhejiang University (#36) enters the top 50 for the first time, while Huazhong University of Science and Technology just managed to tip into the top 100 list at 96th, tied with the University of Hong Kong. 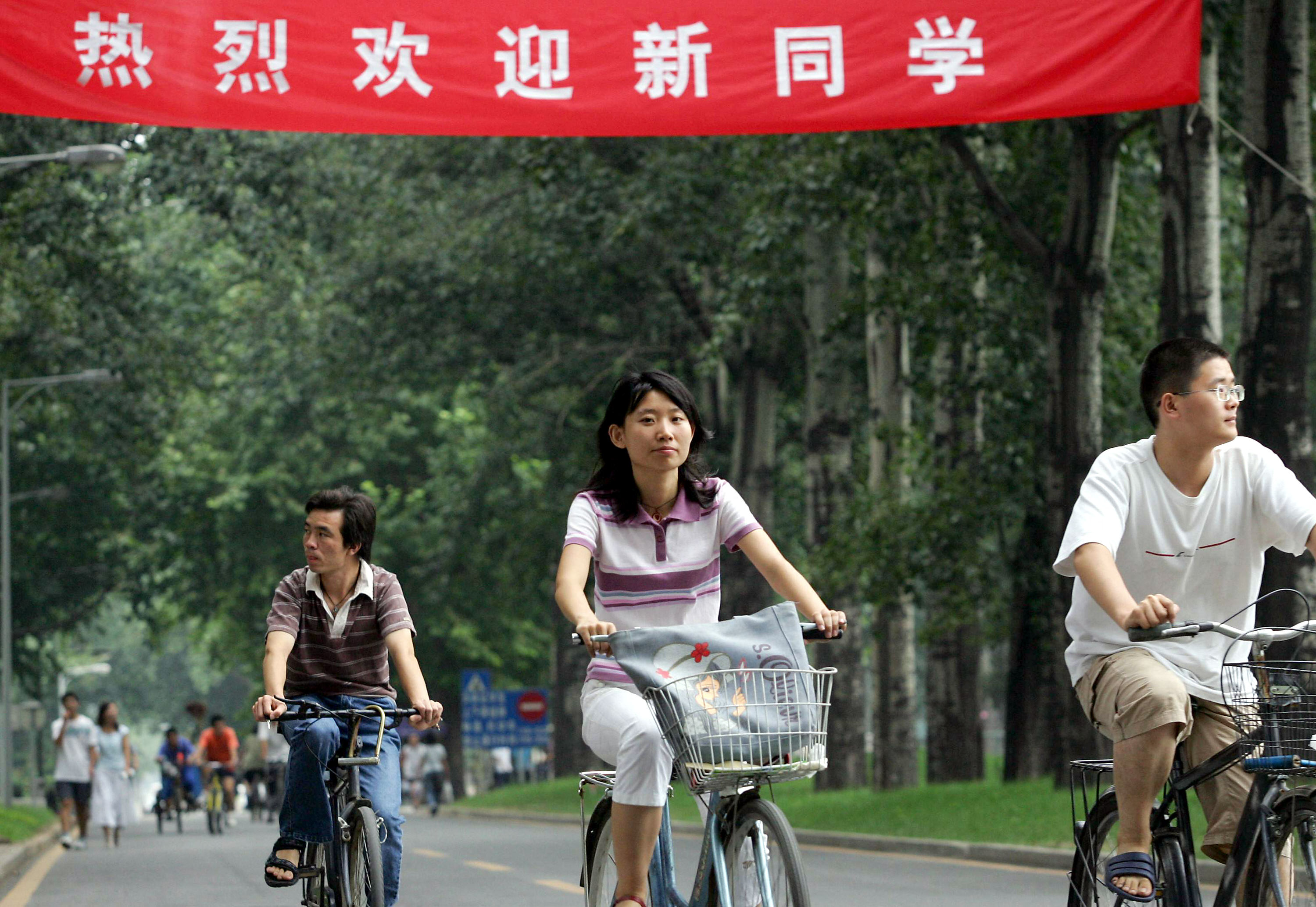 Tsinghua University has shot up in international rankings in recent years, leading the pack in China’s rise in the global higher education landscape. Source: AFP

ARWU Shanghai ranking 2022: What does being the ‘world’s best’ mean?

The methodology employed by different university ranking systems will always be met with criticisms as no approach is ever foolproof. With the Shanghai rankings, the most common response hurled against ARWU is its reputational bias and predilection towards the sciences in its scoring factors.

As ShanghaiRankings wrote on its website: “ARWU considers every university that has any Nobel Laureates, Fields Medalists, Highly Cited Researchers, or papers published in Nature or Science.”

“Universities are ranked by several academic or research performance indicators, including alumni and staff winning Nobel Prizes and Fields Medals, highly cited researchers, papers published in Nature and Science, papers indexed in major citation indices, and the per capita academic performance of an institution,” it added.

This effectively leaves out many illustrious unis that are known to be powerhouses in the humanities and social sciences, which figure much more prominently in the Times Higher Education rankings.

The detailed methodology of ShanghaiRanking’s Academic Ranking of World Universities (#ARWU) can be viewed on our official website👉 https://t.co/yAh6VASkNo
Contact: pr@shanghairanking.com #ShanghaiRanking pic.twitter.com/tuBdJszXxi

Asian unis largely edge out other competitors in many engineering and tech-related subjects, while American schools generally fared better in life and medical sciences. This could perhaps offer more insights into the tech talent shortage that the US is experiencing, which corresponds to the plunge in Chinese students’ enrolment into American unis.

China has even recently overtaken the US as the world’s top producer of scientific research output and “high impact” studies. The news prompted President Joe Biden to sign the CHIP and Science Act, legislation authorising US$200 billion in research funding over the next decade to make American scientific research more competitive and lessen the country’s dependency on China for semiconductors.

As this year’s Shanghai ranking continues to be analysed over the next few days, it’s important to note that industry metrics on a uni’s reputation are not reflective of students’ experience. While lists like these are useful to gauge research and faculty strengths, they are by no means the only guideline for students to choose the right school for their intended programmes. To learn more about how this year’s unis perform by subject under the ARWU, click here.