The biggest fan event of the year is back. After two years of cancelled or at-home events, Comic-Con 2022 — hosted in San Diego, California — has finally returned with relish, bringing together a host of panels, art exhibitions, and more activities surrounding comic books, sci-fi, fantasy and pop culture. This year’s convention will be held from July 21 to July 24, 2022 and will host 135,000 fans.

The main highlight? There’s a high chance of celebrity sightings for your favourite films and TV shows — especially if they’re due to be released soon. This year, fan favourite actors like Chris Pine, Nathan Fillion, Tyler Posey, and Matt Smith are due to introduce their new projects, ranging from “Game of Thrones” spinoff “House of the Dragon” to new Marvel content.

If you’re a student in tune with all things pop culture, this might sound like an exciting venture — especially if you’re around the area. However, badges (the famed convention doesn’t sell tickets) for the highly anticipated Comic-Con 2022 are already sold out, and have been for months.

Still, this doesn’t mean that you have to miss out on the biggest fan event of the year. There are ways to enjoy this year’s Comic-Con without having badge access. San Diego, being home to the international — and most famous — Comic-Con event in the world, is bursting to life with many fan-curated events, from cosplay spaces to panels with illustrious authors.

The best part? Many of them are free to attend, so you won’t have to spend an extra cent to enjoy yourself.

Here’s a list of the best free events you can go to that don’t require a Comic-Con 2022 badge. 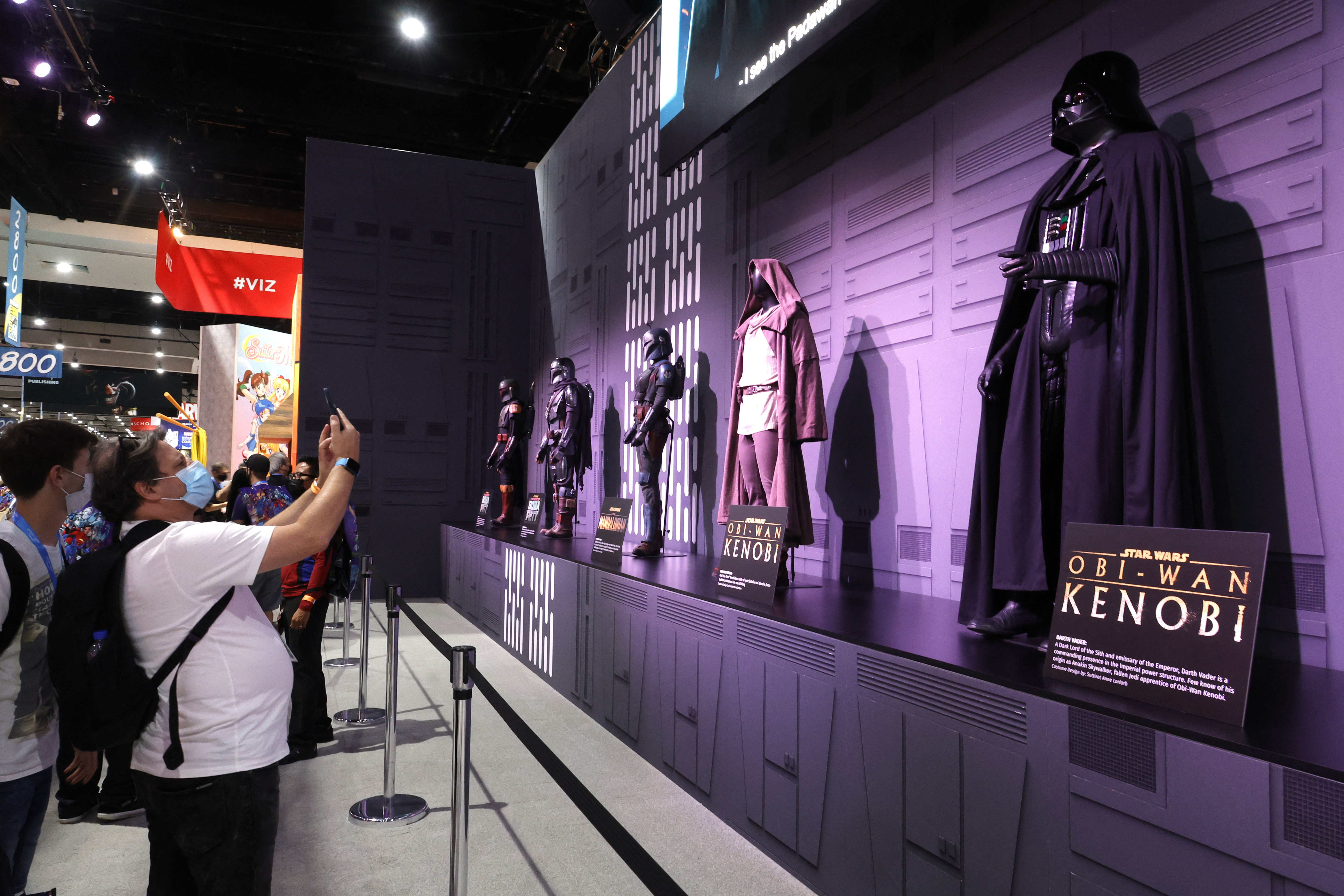 There are many pop-up events and immersive experiences for fans to enjoy in San Diego. Source: Frazer Harrison/AFP

From Thursday to Saturday, Gaslamp Diagonal — which is situated next to the Omni San Diego Hotel — will be hosting a “The Bob’s Burgers Movie” pop-up. There, you’ll have a chance to enter a lucky draw and win prizes, as well as immerse yourself in the world of the popular animated series.

Be sure to stick around from three to 6 p.m. for Patty Hour, where you’ll have a chance to receive a complimentary burger!

Avengers fans will be thrilled to find out that Liberty Station is hosting an Infinity Stone-inspired scavenger hunt. Every day, organisers will hide one Infinity Stone in or around Liberty Public Market. Your task? To find the stone.

If you’re one of the lucky ones to come across a stone, all you have to do is bring it to Bottlecraft LPM, a beer shop and tasting room in Liberty Public Market. There, you’ll be able to claim a prize. Be sure to keep your eyes peeled, however — the daily event ends once the stone is found.

A huge part of what makes up Comic-Con 2022 is unifying games like “Dungeons & Dragons”. The tabletop role-playing game has spiked in popularity after it was featured multiple times on “Stranger Things” — which has inspired a movie starring Chris Pine, Michelle Rodriguez, and Regé-Jean Page.

San Diego Comic-Con badge holders will be able to find out more about the film during its panel, but that doesn’t mean non-badge holders will be excluded. Paramount Pictures is hosting an immersive pop-up experience for fans of the game and soon-to-be movie at 6th Avenue. There, you’ll be treated to a (completely free!) 20-minute experience including photo ops, exclusive takeaways, and interactions with your favourite D&D creatures and characters.

RSVPs are unfortunately full, but walk-ups are still welcome, so be sure to get a spot in line for this one-of-a-kind experience. 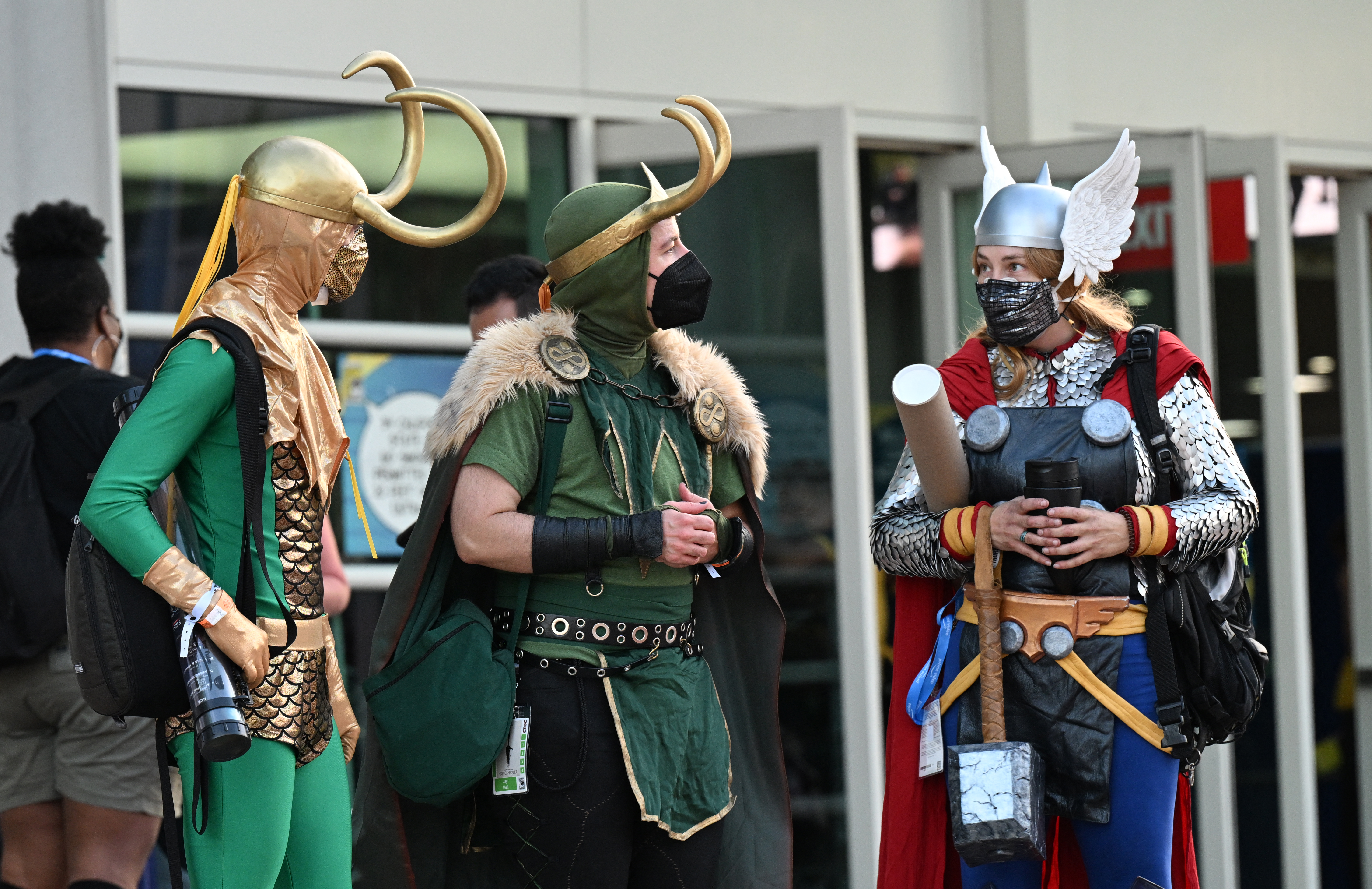 Cosplayers can find everything they need to repair their costumes at the Cosplay Repair Station. Source: Robyn Beck/AFP

A lot of effort goes into creating a cosplay costume, from the initial threading stages to the final product. If you’re planning on cosplaying over the weekend, you might be wary of possible defects that could go wrong with your costume.

Luckily, the San Diego Central Public Library will be hosting a Cosplay Repair Station for those looking to repair their costumes, or simply to get some rest. Everything from 3D printers to glues and needles and threads will be made available over the weekend from 10 a.m. to 4 p.m. — all free to use.

San Diego is seeing a range of interactive, immersive experiences take over the city this year. One of them is for Apple TV+’s popular show, “Severance”, which follows a team of office workers who agree to “sever” their work and personal lives.

Fans can sign up for a Lumon employee orientation at the Hard Rock Hotel. Limited time slots are available daily, so be sure to keep an eye on the website to ensure you’re able to guarantee your spot. Alternatively, you can join a first-come, first-served standby line at 207 Fifth Avenue.

Itching to witness a Comic-Con 2022 panel? You’re in luck. Comic-Con International and San Diego Public Library are working together to host the Comic Conference for Educators and Librarians, a five-day conference that will explore the role comics play in education and literacy.

There will be many exciting panels, hosting publishers, educators, and more influential people who have played a role in creating and distributing some of the world’s most popular comic series and books. It’s free to attend, but you should know that space is limited, so you’re required to RSVP online. 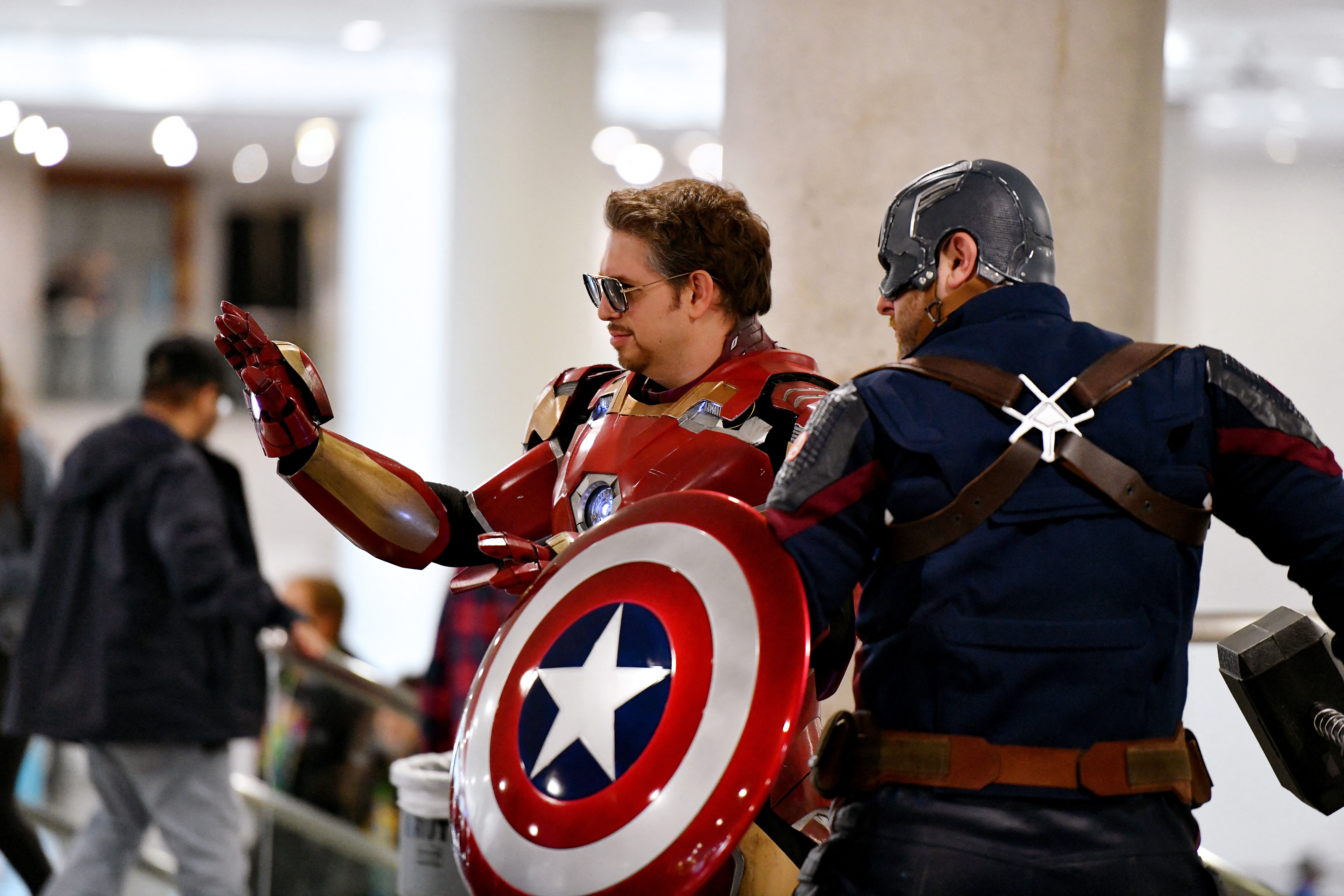 Fans are hosting their own Captain America cosplay event for non-badge holders, too. Source: Craig Barritt/AFP

Are you a huge MCU and Captain America fan? If so, you’re in luck.

On July 25, 2022, a legion of Captain America fans will gather at the fountains outside the Marriott. Many are coming dressed up as the character, but just as many are coming as photographers or perhaps fans who hope to get a picture with their favourite superhero.

If you’re lucky, you might bump into some of your other favourite Avengers, too. Either way, it looks like a fun way to celebrate the beloved Marvel hero.