Graduation ceremonies are back in full swing after nearly two years of COVID-19 disruption, and many can’t contain their excitement after missing out on many student experiences.

No thanks to the pandemic, many struggled to make friends after missing out on on-campus activities and had their internships cancelled or job offers rescinded. This gives this year’s graduating cohort more cause for celebration.

Graduation ceremonies are a significant milestone for many. It’s not just an event where students receive their scrolls, but a chance to acknowledge and celebrate their hard work alongside their peers, family, and faculty members.

This year, many who graduated between 2020 and 2021 finally had the chance to graduate the “right way” after their graduation ceremonies were delayed.

There’s even a trend making waves on social media of graduates dancing their way to the stage to receive their scrolls. Here are four students who went viral for their epic performances: 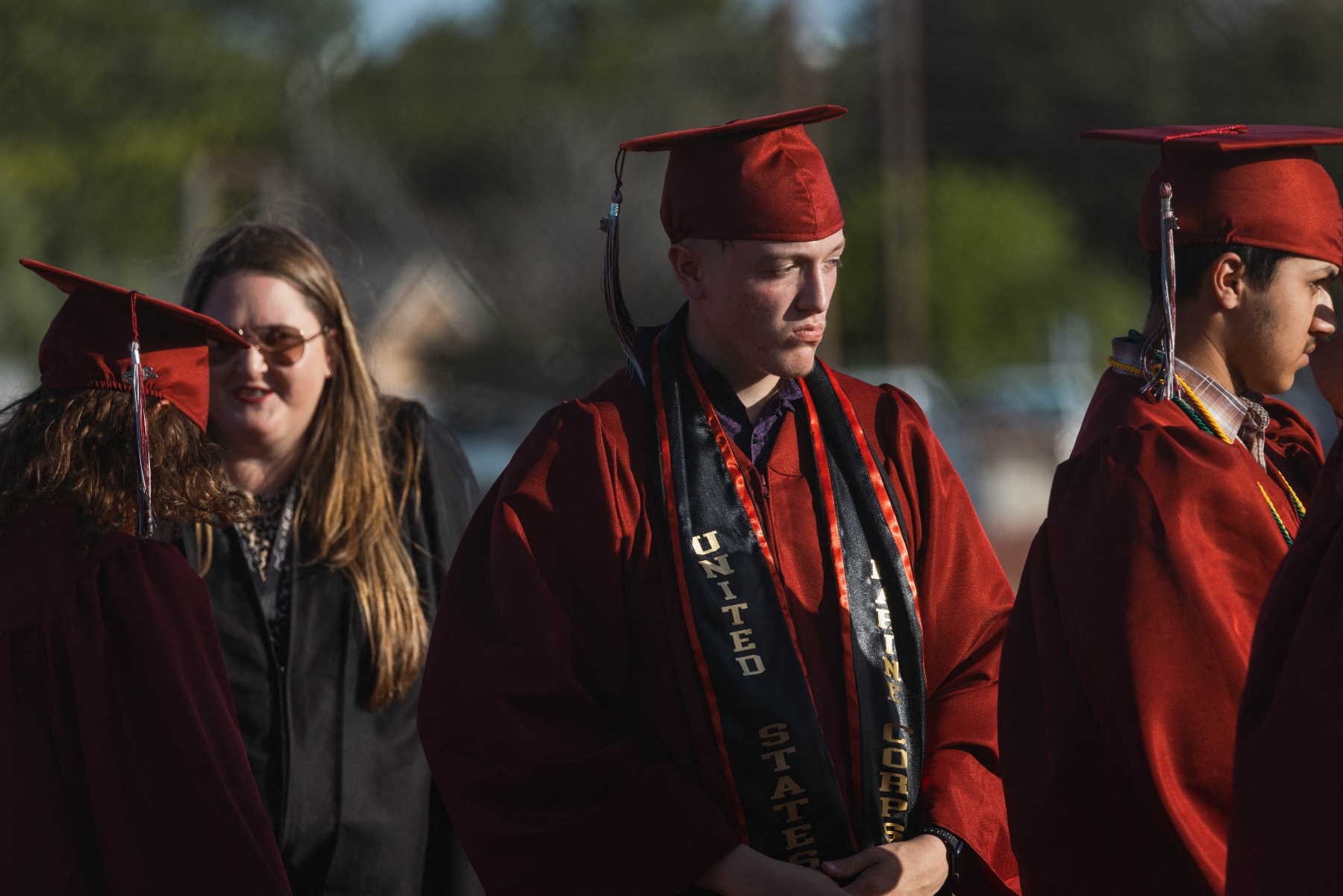 Graduation ceremonies are a significant milestone for many. Some universities uploaded the dancing videos themselves. Source: Jordan Vonderhaar/Getty Images North America Getty Images Via AFP

This budding artist was a track star and a straight A student since he was in high school. He was the only Black student to earn the valedictorian award at Pius High School, which led him to eventually land a full ride scholarship to study at MICA.

The TikTok of his voguing has garnered around 77,000 likes at the time of writing. Check out the video here.

A class of 2020 graduate, Chance Kennedy went viral two years ago for showcasing his own set of sweet moves, but not on stage.

The North Carolina Central University graduate was not able to attend his graduation ceremony after four years of hard work due to pandemic restrictions. What he decided to do next made headlines and even landed him a spot on Good Morning America –  he filmed himself dancing on the streets in full robes.

You can watch Kennedy dance in full here:

Noticing that his peers were receiving their scrolls “being very sensible and giving a nice wave to the crowd”, the 23-year-old took it upon himself to entertain the audience with a dance.

Smith, who hails from Suffolk, is now a media sensation. Click here to watch him in action.

University of KwaZulu-Natal South Africa student Nokukhanya Nosipho Mbatha used her graduation moment as a way to honour her culture. She did an impromptu traditional Zulu dance the whole time she was on stage to receive her scroll for completing her Bachelor of Social Science degree.

The video of her dancing was posted on YouTube by the university, and has racked up over 2.7 million views:

Earlier this month, a video of Birmingham City University student Saint Laya made its rounds on social media. The 22-year-old just graduated with a first-class degree in biomedical sciences and wanted to celebrate in a way that felt special to him.

The Independent reported that Laya was dealing with personal problems and “tackling academic stress” during his studies. He was quoted saying: “In a matter of seconds, after my name was mentioned, I had remembered all the things I had gone through to get where I was at that moment.”

Check out Saint’s moves from this morning’s ceremony, who graduated with a first-class honours in Biomedical Sciences! 👏 pic.twitter.com/0ycCgWMiLa