Zendaya. If you own a smartphone, watch movies, or tune into pop culture in any way or form, you’d probably instantly recognise her name. As one of Hollywood’s most in-demand actresses today, Zendaya Coleman is charting a course that is unique and original — and more interestingly, she’s doing it on her own terms.

This attitude has propelled her from her Disney “K.C. Undercover” days to the Emmy-winning actress she is today. She’s pierced through Hollywood’s racial stigma, scoring roles in groundbreaking films such as Denis Villeneuve’s “Dune”, the Marvel Cinematic Universe’s (MCU) “Spider-Man” series, and Sam Levinson’s “Euphoria”.

She’s also a model and fashion icon in her own right, breaking glass ceilings with her daring appearances and bold style. At the same time, she’s managed to stay grounded and true to herself while leveraging her platform to lift up those around her. Her upbringing has much to do with this; growing up with teachers for parents, her education has been central to shaping her success.

It’s this, if anything, that has won her a place among Time’s 100 Most Influential People in the world. “She seems fearless, her roots run deep, and I love that she still laughs like a kid,” wrote Villeneuve in a feature for Time. “Zendaya is the future. And there is nothing more comforting to me.”

Here are some important life lessons that have defined Zendaya’s career and how every student can learn from her: 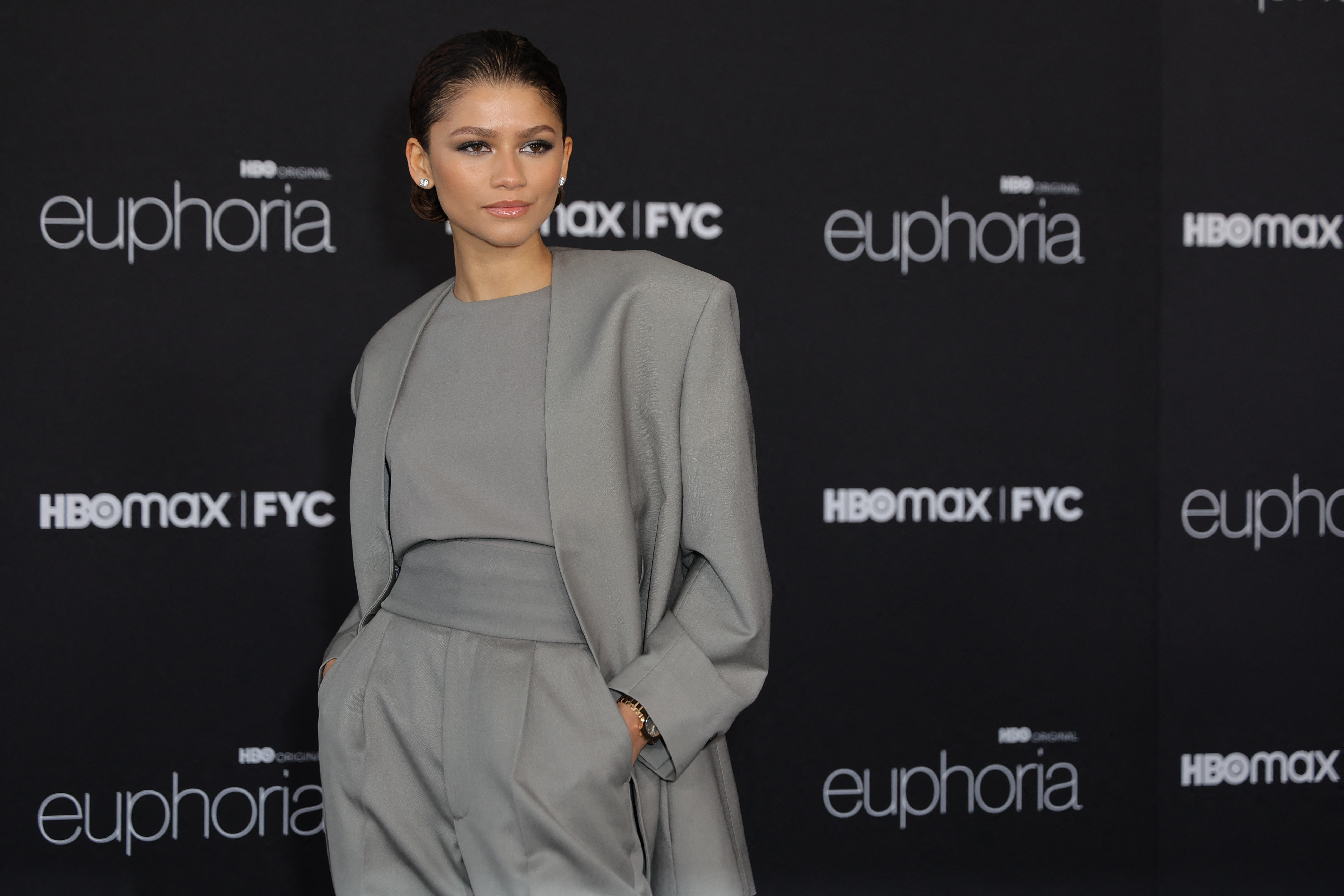 As one of the youngest actresses in Hollywood, Zendaya is redefining what it means to be a celebrity in today’s day and age. Source: Momodu Mansaray/AFP

If there’s anything that makes Zendaya such a force to be reckoned with, it’s her level of preparation. This not only stems across her acting roles — she famously spent months learning how to trapeze so that she could perform her own stunts in “The Greatest Showman” — but in her fashion work as well.

Take her collaboration with Tommy Hilfiger. In an interview with Vogue, she spoke about her suspicions that they’d “promise the moon and stars then in the end, all they would do is slap my face on their product”. Zendaya had her own vision and mission — so, prior to her first formal meeting with the brand, she and her stylist Law Roach prepared a mood board with clear direction on what she wanted out of their collaboration.

It was a move that paid off. The brand was impressed with what they saw and were quick to take on her ideas. Since then, Zendaya has made sure to remain involved in every step of the campaign. “Every design meeting, every sample review, she was there,” says Roach.

This culminated in a TommyxZendaya show that brought together a cast of all-black models paying homage to both 1970s fashion and the African-American community. As Vogue writes, “it wasn’t just a fashion statement”; “it was a statement of purpose”.

It shows just how much extra preparation can do to propel you forwards — so the next time you’re thinking of skipping that reading before class or skimming through research for a company you’re applying for, don’t. Getting your foot in the door is one part of the battle; the other is convincing others more senior than you that you belong in that room, just as much as they do.

Take advantage of the opportunities given to you

Before she became one of the most recognisable faces in Hollywood, Zendaya was a Disney starlet who was relatively unknown. It was the 2015 Oscars that put her on the map — where she was pictured with dreadlock-styled hair that received criticism from the fashion world. “I feel like she smells like patchouli oil,” said E’s Giuliana Rancic, and off-camera, a voice added, “Or weed.”

This sparked outrage among internet users, pointing out Rancic’s and the wider fashion world’s racial ignorance — but it wasn’t until Zendaya posted up a response herself that the controversy truly took off.

“There is already harsh criticism of African American hair in society without the help of ignorant people who choose to judge others based on the curl of their hair,” she said in an Instagram post. “My wearing my hair in locs on an Oscar red carpet was to showcase them in a positive light, to remind people of colour that our hair is good enough.”

The post went viral, being lauded by celebrities and internet users alike. However, Zendaya’s appearance at the Oscars wasn’t planned in any way or form; rather, she was “the plus one of a plus one”, and snuck onto the red carpet when nobody was looking.

Herein lies Zendaya Coleman’s greatest strength: recognising when opportunities are presented to her and using them to her advantage. This, if anything, shows that creating your own opportunities can lead to great, career-defining results — so if you have the chance to make something happen for yourself, don’t hesitate to take that leap. 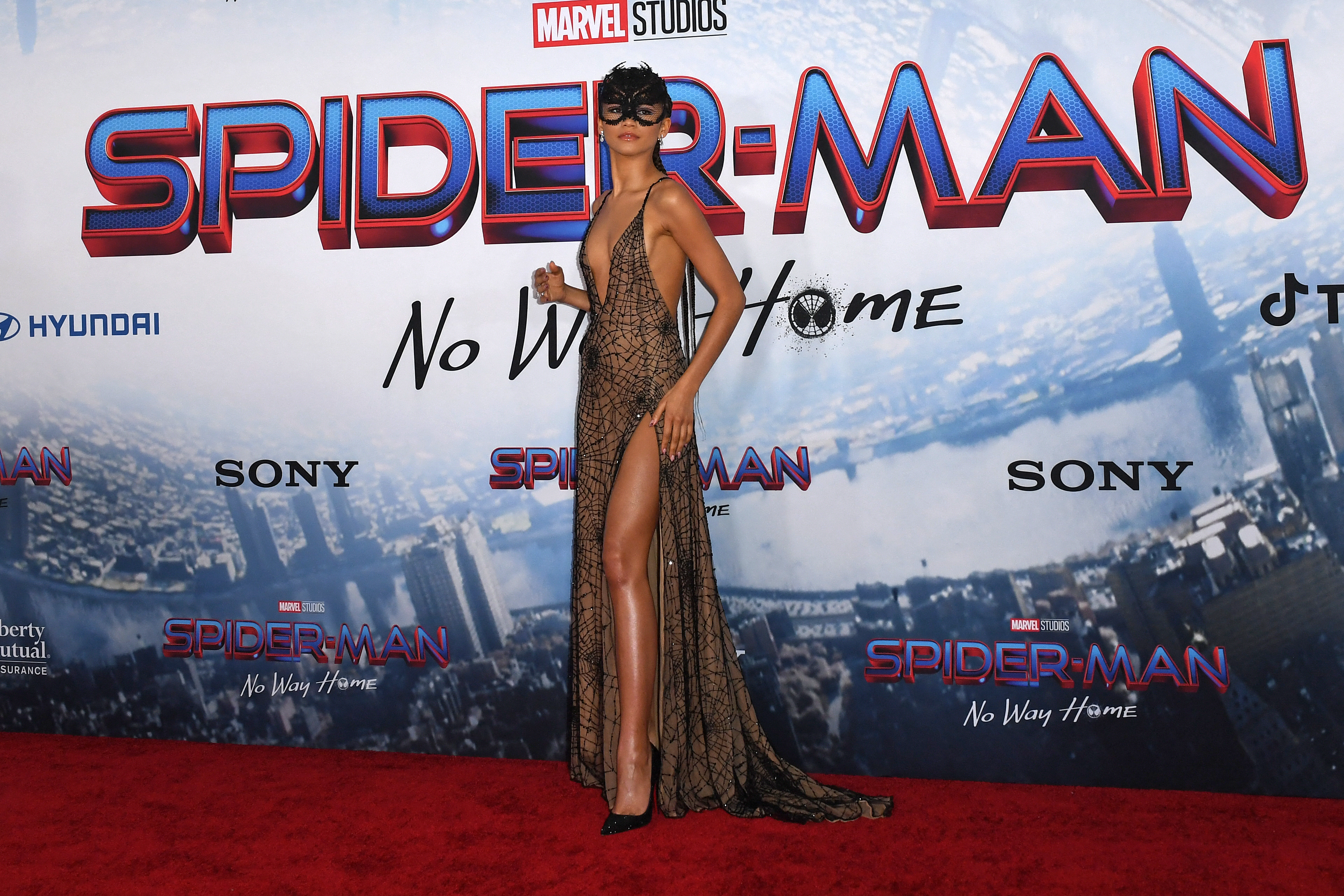 Zendaya frequently uses her platform and leverage to acknowledge her privilege and raise awareness of the racial disparity in Hollywood. Source: Valerie Macon/AFP

Believe in your capabilities

Throughout her career, Zendaya has strived to break through the barriers presented to her. In particular, she has fought to land and create roles that do not fit into the white-woman stereotype that has defined much of Hollywood’s landscape. When Disney approached her for “K.C. Undercover”, for example, she insisted that her character have a family of colour.

She set out a list of other conditions, too. “I wanted to make sure that she wasn’t good at singing or acting or dancing,” she told Vogue. “That she wasn’t artistically inclined. … There are other things that a girl can be.”

In this, she “broke all the rules” — but to Zendaya, who was only sixteen at the time, it was necessary. “A lot of people don’t realise their power,” she says. “I have so many friends who say yes to everything or feel like they can’t stand up for themselves in a situation. No: You have the power.”

From strutting the 2015 Oscars red carpet to arguing with the heads of Disney, it’s her bravery that has gotten Zendaya Coleman this far. How does she do it? By having a firm confidence in her own capabilities, regardless of what others might say.

This is an attitude you can adopt as a student, too. Don’t close yourself off from experiences that might make you uncomfortable, especially if you’re only holding back because nobody else is doing it.

Use your privilege to be of service to others

With all her fame and fortune, many would expect a star like Zendaya Coleman to indulge in the comforts afforded to her. However, she works to ensure the exact opposite — using her platform and leverage to acknowledge her privilege and raise awareness of the racial disparity in Hollywood.

“A lot of people who aren’t people of colour can’t quite understand what it’s like to grow up and not see yourself in mainstream media,” she said in a 2017 Glamour interview. “And you know, there is so much work left to be done.”

Since then, she’s been working to create more space for coloured women in Hollywood, starting in the audition room. “I am Hollywood’s, I guess you could say, acceptable version of a black girl, and that needs to change,” she famously said in 2018. “We’re vastly too beautiful and too interesting for me to be the only representation of that.”

Herein lies an important reminder: that being an international student is a privilege that isn’t afforded to everybody. Many worldwide have not had the chance to attend college or university, much less travel across continents to do so. Few are even granted the choice to pursue higher education and have little choice but to drop out to support their families, parents, or themselves.

In this, it’s important never to take this opportunity for granted. Use it proactively: volunteer your time to soup kitchens and shelters, be kind to the people around you, train yourself to become an active listener. If you’re unable to help, try to connect them with someone who can.

You don’t need Zendaya’s stardom or platform to make a difference in others’ lives; you have the knowledge and experience you’ve gained through your own education and personal journey, and that is enough.