Hailing from Tokyo, One Ok Rock is one of the many successful artists to come out of Japan. From chart-topping singles like “Eye of the Storm” to high-grossing world tours and numerous accolades, the Tokyo natives have enjoyed commercial success in every professional aspect since their debut in 2007.

Behind the glamour and fame, however, the band — comprising of members Taka (lead vocalist), Toru (guitarist and band leader), Ryota (bassist), and Tomoya (drummer) — started from humble beginnings.

Their journey began in 2005 during Toru Yamashita’s high school years. After the disbandment of HEADS, a hip-hop dance group, Toru wanted to start a rock band, despite not being a guitar expert.

In its early days, the band consisted of different members before it settled with its final line-up of musicians. Alexander Reimon “Alex” Onizawa was the band’s original lead guitarist but left after One Ok Rock released their third album, “Kanjō Effect.”

Once Toru formed the band, they started recording indie releases that caught Amuse Inc’s attention.  Amuse is a Japanese entertainment company that provides artist management services who managed the band since 2005. Upon releasing their debut album, One Ok Rock exploded in popularity in Japan due to their unique, powerful musical style and ability to express and connect with their listeners.

The band has also collaborated with Ed Sheeran, Avril Lavigne, and 5 Seconds of Summer in recording some of their previous single like “Renegades,” “Listen,” and “Take What You Want“.

Despite English not being their first language, the Tokyo natives had experimented with different genres and faced criticism from their original fans when they decided to sound more like Western bands. In fact, the band had to augment their sound and incorporate more English lines into their songs to prevent themselves from sounding too similar to other Japanese bands.

Those studying or living in another country may understand this well. If you find yourself in the same boat, don’t worry. Here are four lessons you can learn from One Ok Rock’s journey to embrace their  identity: 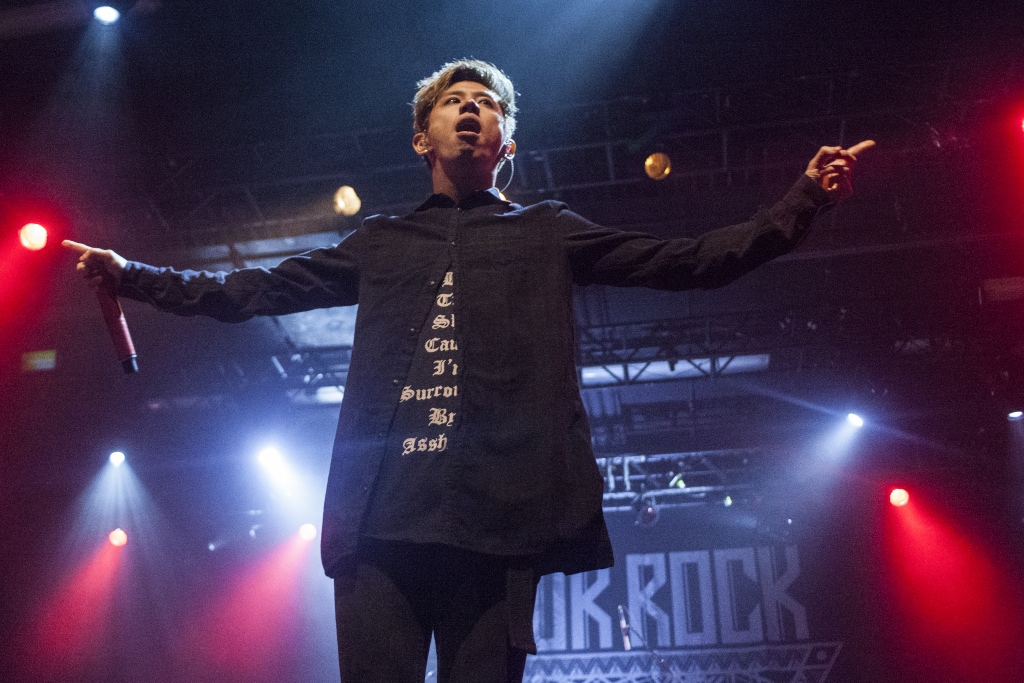 Lessons from One Ok Rock: Resilience, hard work, and success

In an interview with Upset, Taka shared his mission to become a positive force for Asian Americans. He encourages the sharing of cultures and promotes the benefits of a multicultural society.

“It’s still harder to make a breakthrough in the US for a Japanese person, and Asians,” he explains. “It’s hard because the US is the US, so we jump into a different culture, different country, different languages. We have to understand each other, and then after that shake hands, eye to eye, and talk about our countries and cultures.”

“When I first toured in the US, it was for Warped Tour in about 2014,” he continues. “When I go back to Japan, there are a lot of fans waiting for us, but in the US, it’s almost nothing. It felt scary, but it was a really good experience for us. We’re still hungry, and we never give up.”

That hunger for success is reflected in their upcoming album, “Luxury Disease”, which will bring the band back to its original roots, as Toru explains in a Youtube video.

The band could not perform live during the pandemic, turning instead to produce a documentary called “Flip a Coin -ONE OK ROCK Documentary-” to showcase the three months leading up to their first online event.

“During the pandemic, I feel that people all over the world had the same feelings, something that has never happened before. We had to stop our activities and give up on many things, so we went through some sad and painful moments,” Take explains in an interview with Netflix.

Despite this, the band pushed through and gave it their all. “If people receive our message and get encouraged to live and cheer themselves up, then that might be the only thing I can be proud of. I wanted to do the online live event with this sense of ‘responsibility’,” Taka shares. According to Moshi Moshi Nippon, One Ok Rock performed for 110,000 fans during their live stream.

3. Knowing more than one language helps

Since 2010, One Ok Rock has always incorporated both English and Japanese in their songs. Take, for example, “Remake” and “No Scared“. When they made their international debut, many fans wondered if the band spoke English fluently.

Surprisingly, Toru is known to be fluent in English. You can hear this by clicking the video above. For a brief moment, the band addresses the crowd before performing their single, “Stand Out Fit In“, during their “Eye of the Storm” tour in London.

In most interviews during their international tours, Taka would represent the band as he has been learning English for nine years. As the lead vocalist, he has no issues singing and communicating in English. Taka will also assist Tomoya and Ryota during interviews if the band needs to speak in English.

4. Cherish the friends you make along the way

As the band was working on their ninth album, “Eye of the Storm”, they collaborated with American singer-songwriter Kiiara, who also featured on Linkin Park’s last album, “One More Light”, for their track “In The Stars“. The pair met at the late Chester Bennington’s tribute show in July 2017.

The band also met Mike Shinoda and other members of Linkin Park while recording their last album, “Ambition,” which led to him lending a hand in producing their new material. For Taka, it was the perfect opportunity as the late Chester Bennington was his role model — so much so that he performed one of Linkin Park’s singles, “Somewhere I Belong,” during Bennington’s tribute show.

Shinoda and Taka bonded over their mutual ancestry (Shinoda is half-Japanese). “He was so kind and smart. He explained to me a lot of things, like what a rock band is. I was impressed by his thinking,” Taka explains.